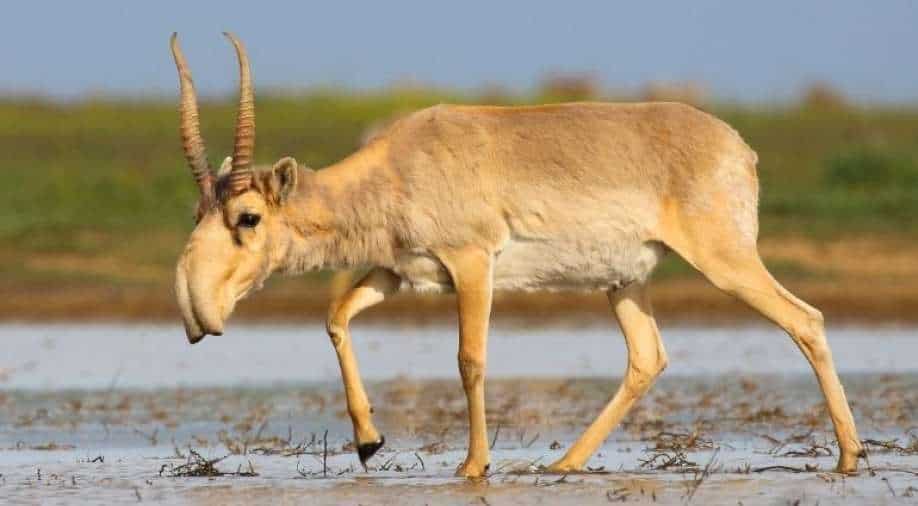 A rare type of antelope, Saiga, which was on the verge of becoming extinct has re-emerged in Kazakhstan.

As per the experts, the population of this rare species of antelope has more than doubled since 2019 as the number rose from 334,000 to 842,000 within two years.

In 2015, images of carcasses of these antelopes birthed the fear of extinction of saiga and experts all over the world feared more instances of mass die-off. However, the government initiated several conservation measures to make sure the species does not go extinct.

The local government ordered a complete ban on poaching and urged organisations to get involved in conservation work on the national and international levels. This helped increase the number of Saiga in the area.

Another reason for the species bouncing back into existence was their natural resilience. “They give birth to twins every year, which gives high potential for the species to quickly recover,” explained Albert Salemgareyev of the Association for the Conservation of Biodiversity of Kazakhstan (ACBK).

The news of the re-emergence of the Saiga species comes as a piece of good news and a cause for celebration. “There are few truly vast wildernesses, like the steppes of central Asia, left on the planet. To know that saiga herds are still traversing them in their thousands, as they have done since prehistoric times, is an encouraging thought for those of us who want those wildernesses to remain,” said David Gill, FFI senior programme manager for Central Asia.

The Wood River Valley real estate market continues to show signs of strength, despite rising interest rates and efforts by the Federal Reserve to slow … END_OF_DOCUMENT_TOKEN_TO_BE_REPLACED