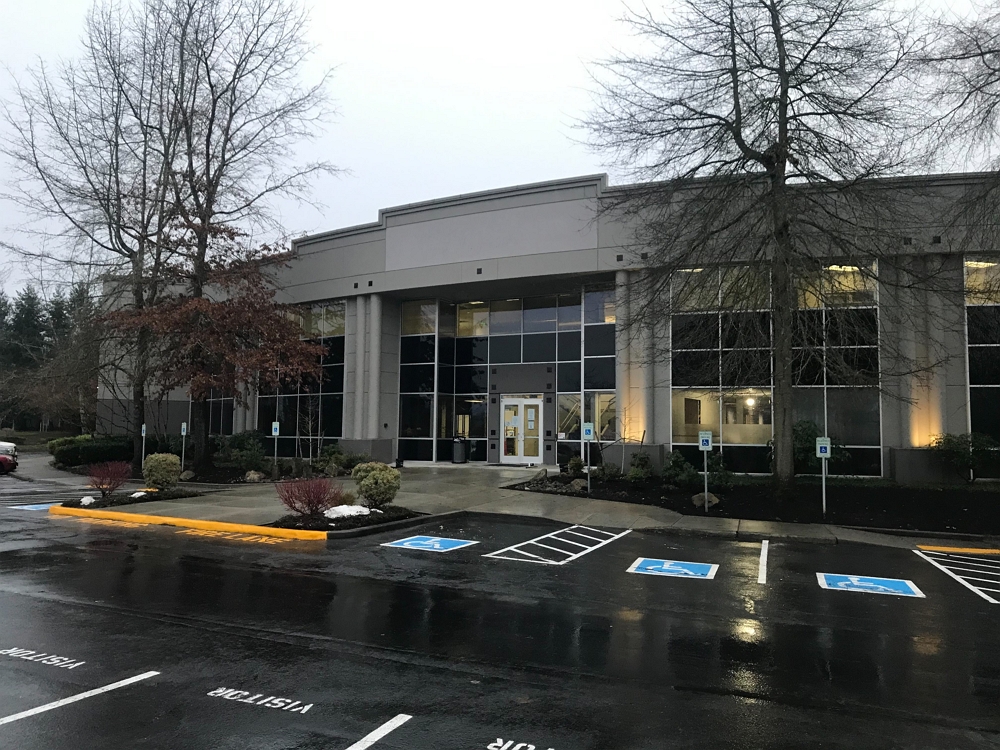 This building in the Redmond Hilltop business park is under renovation for Amazon, a permit filing shows.

Amazon has leased another large office space in Redmond, Wash., according to a permit filing that names the tech giant as the future tenant of a building under renovation in the Redmond Hilltop business park.

The plans, which Amazon has not yet publicly announced, signal further expansion by the company on the Eastside, across Lake Washington from its Seattle headquarters. They also indicate a larger footprint for Amazon near two of its rivals. In addition to serving as Microsoft’s home, Redmond is headquarters for SpaceX’s Starlink satellite division.

Amazon Web Services, whose competitors include Microsoft’s Azure cloud computing platform, has an existing presence at Redmond Town Center, and said in June that it planned to put more than 1,400 employees in Redmond.

Amazon’s Project Kuiper, which will compete with Starlink in the market for satellite broadband, has its existing headquarters in Redmond, about a mile up the road from the newly leased space.

In a market report this week, commercial real estate firm Broderick Group referenced an “undisclosed” tenant that has leased 178,957 square feet of space in the Redmond Hilltop office campus, in southeast Redmond. That’s the approximate size of the three-building complex at 6222, 6244 and 6464 185th Ave. NE, according to a marketing flyer.

A search by GeekWire showed numerous permit applications and plans filed with the City of Redmond for the renovation of the largest of those buildings, at 6464 185th Ave. NE. One filing identifies Amazon as the tenant.

The two-story building includes a large atrium at the rear of the structure, where work is also taking place.

Genie, the manufacturer of work lifts and platforms, has moved out of the building, relocating nearby.

It’s not yet clear which Amazon group will move into the Redmond Hilltop location. We’re in touch with Amazon representatives in hopes of getting additional information about its plans for the site.

Tech companies have been a bright spot in the Seattle office leasing market amid an overall cooldown in activity. A report this week from the Savills US real estate firm showed overall Class A office availability in the Seattle region approaching a new five-year high of nearly 20% in the fourth quarter.

The pandemic and work-from-home trends are having a big impact. However, the firm predicts that Amazon and Facebook parent company Meta will continue to boost the region’s office market this year.

“We’re long-term bullish on on Seattle,” said Eric Lonergan, executive managing director and co-market leader in the Savills Seattle office. “We think it’s going to recover very quickly over the next couple of years.”

Columbia University will not participate in the next U.S. News & World Report rankings of colleges across the country, after a Columbia math professor … END_OF_DOCUMENT_TOKEN_TO_BE_REPLACED

It is likely that the Financial Crimes Enforcement Network (FinCEN) will put forth new regulations this year addressing real estate transactions. A … END_OF_DOCUMENT_TOKEN_TO_BE_REPLACED