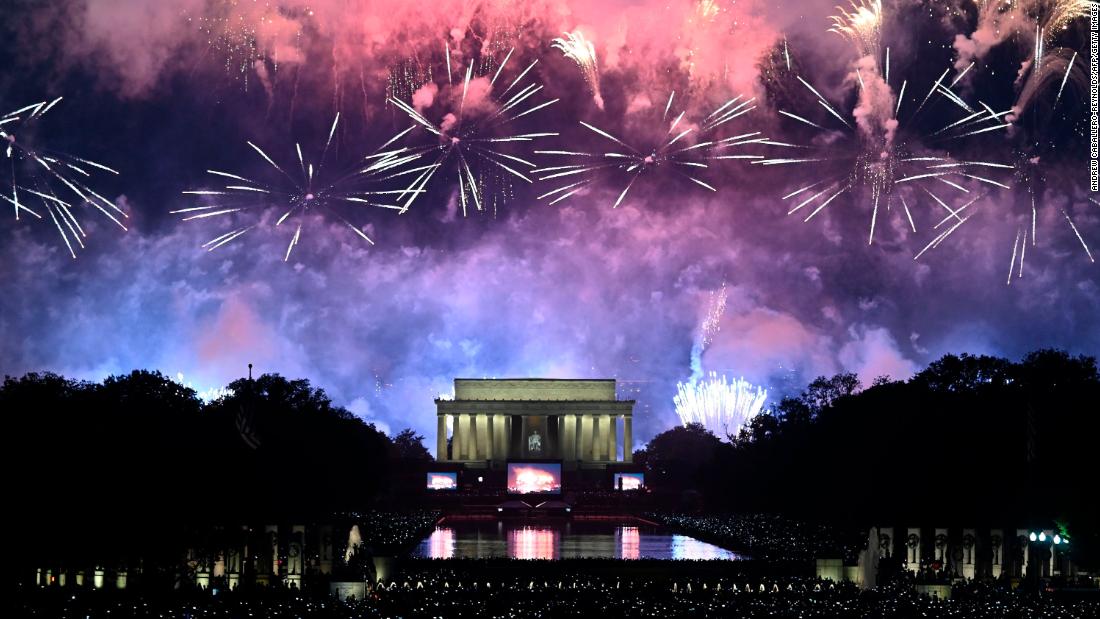 In the frozen, sickly days of winter, Joe Biden invoked July 4th as the moment patriotic Americans would finally unite to declare victory over the pandemic. The President offered his promise to a demoralized nation, beaten down by isolation with millions unemployed and many grim months ahead. As fireworks burst in air on Sunday, it’s not an exaggeration to say that if you had to be anywhere in the world right now, you might choose the United States, given the high availability of vaccines and an economy on the rebound. Biden has fallen just short of his goal of getting every American at least one shot of the vaccine by July 4 (he has reached 67% of the population). But airports were still jammed this weekend with people taking flight on long-delayed vacations and family visits. Restaurants and bars are filling up too, in the air-conditioned comfort of indoors. New jobs data shows 850,000 Americans went back to work last month.

“It was a long winter, but the clouds have broken. We’re not at the finish line yet, but summer has never felt more full of possibility. And doesn’t the air smell so much sweeter without our masks?” First Lady Jill Biden said in her hometown of Philadelphia on Sunday, previewing a message her husband will deliver at the White House to mark Independence Day.

In many ways, Biden is locking in political credit for his intense focus on the pandemic early in his presidency. Though he profited from the vaccine developed during the Trump administration, his management of the crisis contrasts sharply with his predecessor’s neglect — Donald Trump spent the final weeks of his presidency largely focused on trying to overturn his election loss. But is Biden’s “mission accomplished” moment coming too soon?

After dropping to levels unheard of in the winter, Covid-19 cases are rising again. Public health officials are deeply concerned about the more contagious Delta variant. Millions of Americans who refuse to be vaccinated — mostly in conservative states where many disdain advice from establishment scientists — remain at grave risk.

America’s fight against the coronavirus will not end on the 4th of July. But it may be a turning point. After all, the original Independence Day, 245 years ago, was only the start of the process of building a new nation.

The Bidens host their biggest party yet at the White House on Sunday, inviting more than 1000 people, mostly military families and essential workers’ families, for outdoors hot dogs, hamburgers and fireworks — an event that mirrors what Americans across the country will be doing in their backyards and front stoops to celebrate Independence Day. The White House did ask its guests to get tested for Covid-19 before the event and to wear masks if they are not fully vaccinated — but the extra precautions will be well-worth the view from the South Lawn once dark falls, if Washington’s past fireworks shows are any indication.

Fireworks and flags aren’t the only American traditions on the 4th of July. Speed-eating champion Joey Chestnut on Sunday broke his own world record by devouring 76 hot dogs and buns in 10 minutes during Nathan’s annual Famous Fourth of July International Hot Dog-Eating Contest in Coney Island, New York on Sunday. (Last year, he downed 75.)

The Wood River Valley real estate market continues to show signs of strength, despite rising interest rates and efforts by the Federal Reserve to slow … END_OF_DOCUMENT_TOKEN_TO_BE_REPLACED