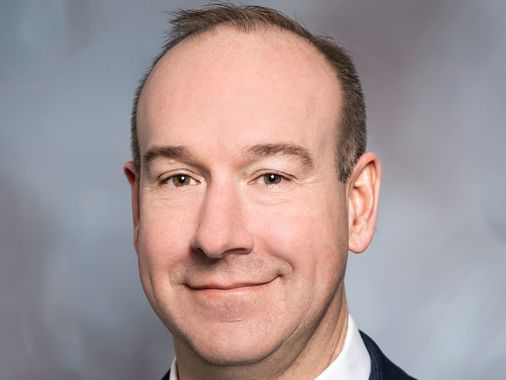 Boston Globe tech reporters tell the story of the region’s technology and innovation industry, highlighting key players, trends, and why they matter.

Party City’s profit down as helium for balloons costs more

Rising helium costs are letting the air out of Party City’s results as supply chain issues roil the global economy. The company’s profits took a $2 million hit because it’s paying more to secure the gas as spring graduation approaches and celebrations tick up after two years of pandemic restrictions, Party City said during its earnings call Monday. The firm said it diversified its supplier base after helium shortages impacted earnings in 2019 but it’s now coping with facilities that have shuttered or paused production. Party City’s reliance on its balloon business means its helium problems squeeze it particularly hard, said Joseph Feldman, an analyst at Telsey Advisory Group. — BLOOMBERG NEWS

Tesla is recalling about 130,000 vehicles across its US model lineup because their touch screens can overheat and go blank. The recall covers certain Model S sedan and Model X SUVs from 2021 and 2022, as well as Model 3 cars and Model Y SUVs from 2022. Documents posted Tuesday by the National Highway Traffic Safety Administration say that during the fast-charging process, the central processing computers may not cool sufficiently. That can cause the computer to lag or restart, making the center screen run slowly or appear blank. Without the center screen, the cars can lose rearview camera displays, settings that control windshield defrosters, and indicators that say whether the cars are in drive, neutral, or reverse. That can increase the risk of a crash. Tesla is fixing the problem with online software updates that will improve temperature management for the computer. Updates began on May 3. Tesla has had a spate of safety problems this year, including multiple investigations opened by NHTSA, the nation’s road safety watchdog. The recall is the 11th for the electric vehicle company since Jan. 27. Most were fixed with software updates. — ASSOCIATED PRESS

Peloton, the maker of connected fitness bikes that was one of the hottest companies in the early days of the pandemic, announced Tuesday morning that it lost $757 million in the first three months of the year, far more than analysts were expecting. It also burned through roughly the same amount of cash. It is the first earnings report under Peloton’s new chief executive, Barry McCarthy. Since taking the reins, McCarthy has focused on addressing supply chain issues, lowering costs, and experimenting with the company’s pricing model. The quarter included more than $200 million in write-downs, with about $30 million of that covering inventory that the company no longer thinks it can sell. Membership was up just 5 percent from last quarter, to 7 million. And revenue fell 24 percent, to $964 million. Sixty percent of that came from products and 40 percent from subscriptions. — NEW YORK TIMES

The European Union’s executive arm is drafting a strategy to more than double the pace at which solar panels are installed across the bloc under a plan to rapidly rid itself of Russian fossil fuels following the country’s war in Ukraine. The European Commission wants to install over 300 gigawatts of photovoltaics by the middle of this decade — twice the level seen in 2020 — and more than 500 gigawatts by 2030, according to a draft of its solar energy strategy seen by Bloomberg. — BLOOMBERG NEWS

Sony is facing fresh challenges in its critical video game division as component shortages and supply chain disruptions risk hampering production of the flagship PlayStation 5 hardware. The Tokyo-based company said it sold 11.5 million units of the $500 device in the fiscal year that ended in March and would aim to sell roughly 18 million units in the current fiscal year. Both figures are well behind initial targets of 14.8 million and 22.6 million units, respectively. — BLOOMBERG NEWS

Teva Pharmaceutical and Allergan are willing to pay more than $5 billion combined to resolve more than 3,500 lawsuits filed against them over highly addictive opioid painkillers, according to three people familiar with settlement talks. The two drug makers, which are among about a dozen companies facing thousands of damage claims over the medications, have been in mediation talks with plaintiffs for more than a year, the people said. While Teva and Allergan indicated a willingness to settle, no formal offer has been made or finalized, and talks are continuing, according to the people. — BLOOMBERG NEWS

Head of US Chamber blasts Biden over trade policy

The head of the largest US business-lobbying group issued a scathing criticism of President Biden’s trade policy, saying that the administration is “consumed by caution and internal reviews.” The administration “has yet to pick up even the lowest-hanging fruit,” such as talks for free-trade deals with the UK and Kenya started under former president Donald Trump but stalled under Biden, US Chamber of Commerce president Suzanne Clark said on Tuesday. The United States also should provide relief from tariffs on imports inherited from Trump that are serving as a tax on Americans, Clark said. The Biden administration’s plan to boost economic ties with Asia — known as the Indo-Pacific Economic Framework — remains “a far cry” as a replacement for the Trans-Pacific Partnership abandoned by Trump, Clark said. The current White House has made clear that it has no plans to join a successor deal. — BLOOMBERG NEWS

BUFFALO, N.Y. (AP) — Mourners laid to rest the last of 10 Black people killed in a racist attack at a Buffalo supermarket with a service on Saturday … END_OF_DOCUMENT_TOKEN_TO_BE_REPLACED