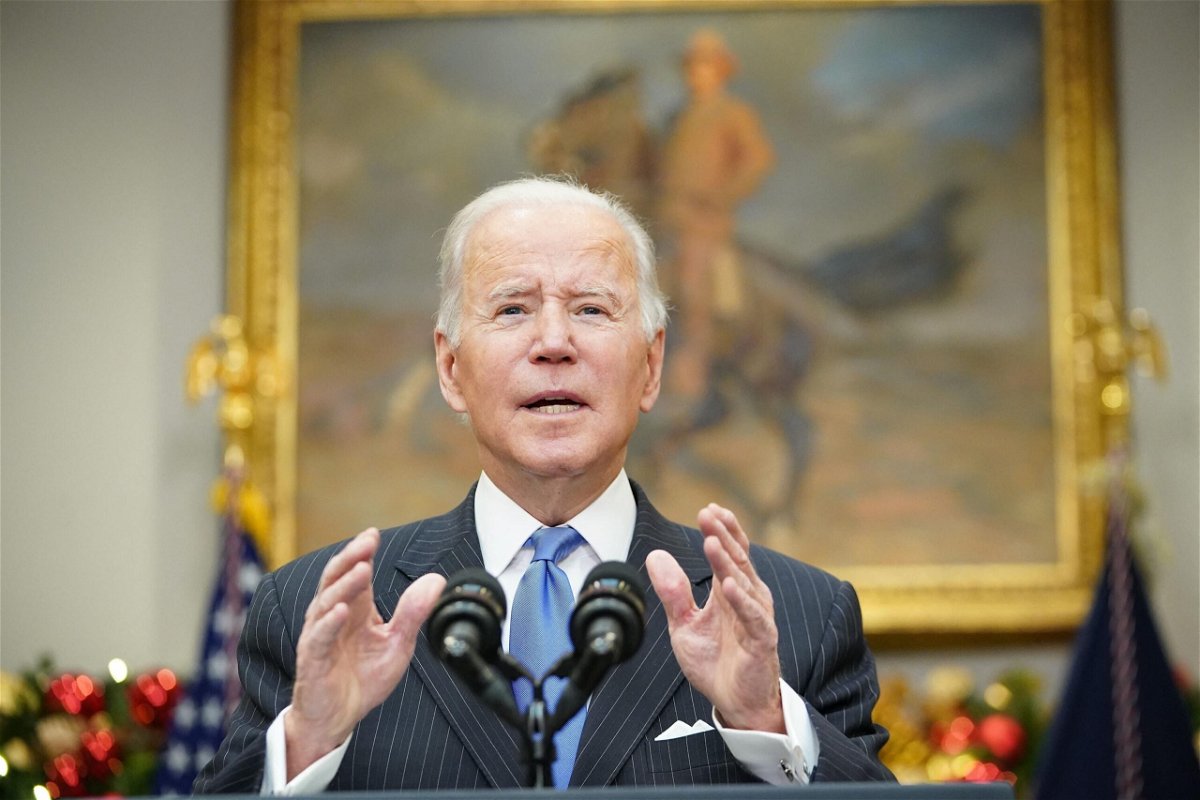 President Joe Biden heads to Minnesota on Tuesday to tout the benefits of his new bipartisan infrastructure law as the focus turns now to how the massive piece of legislation will be implemented.

One White House official told CNN that part of the focus of the nationwide tour the President and other top officials are embarking on is to showcase how the administration will “hit the ground running to make sure the impact of these investments are delivered on task, on time, and on budget.”

“The tour will emphasize that the Biden-Harris Administration will collaborate with federal, state, and local partners across public and private sectors to operate as one team with one mission: Work together to deliver concrete results and get the job done for the American people,” the official said.

The President and Democrats in Congress are hoping Americans will see tangible benefits from the law ahead of next year’s midterm elections. Biden has tapped former New Orleans Mayor Mitch Landrieu to oversee the implementation of the roughly $1 trillion law. Landrieu’s appointment underscores just how much of a heavy lift it will be to enact the legislation.

In Rosemount, Minnesota, on Tuesday, the President will visit a technical and community college — Dakota County Tech — to illustrate “how similar institutions across the country will train the next generation of workers that rebuild America’s infrastructure,” the official said. The President has stressed the majority of jobs created by this infrastructure law would not require a four-year college degree.

Biden is expected to focus his speech Tuesday afternoon on how the law will create jobs, deliver tangible results for communities and make America more competitive in the 21st century.

The President will again sell the law as a “blue-collar blueprint for America,” the official said, and argue it will lower costs for families, improve supply chains and “grow the economy from the bottom-up and middle-out.”

“The trip marks the start of the nationwide tour that will demonstrate how President Biden followed through on his promise to forge bipartisan consensus, help unite the country, and prove our democracy can deliver big wins for the American people,” the official said.

Biden, Vice President Kamala Harris, Cabinet members and senior administration officials will travel across the country to communicate what is in the law and how it will help Americans.

As the infrastructure law gets implemented, the President and congressional Democrats are looking to pass the second part of Biden’s domestic agenda: a large-scale economic and climate spending package.

After months of negotiations, the House passed the Democrats’ $1.9 trillion budget reconciliation package earlier this month. The bill would transform the nation’s social safety net and includes funding for a universal pre-K program, expanded child care, beefed-up subsidies on the Affordable Care Act exchanges through 2025, significant investments to combat the climate crisis and much more.

The legislation’s path in the Senate remains uncertain, and more revisions to the bill are expected.

The North Idaho Sports Commission would like to thank the City of Coeur d’Alene for supporting a successful IRONMAN 70.3. Highlights included: 539 … END_OF_DOCUMENT_TOKEN_TO_BE_REPLACED

A democracy came under attack. The United States saw a threat to an ally and also to the entire world order, but it feared that sending troops could … END_OF_DOCUMENT_TOKEN_TO_BE_REPLACED