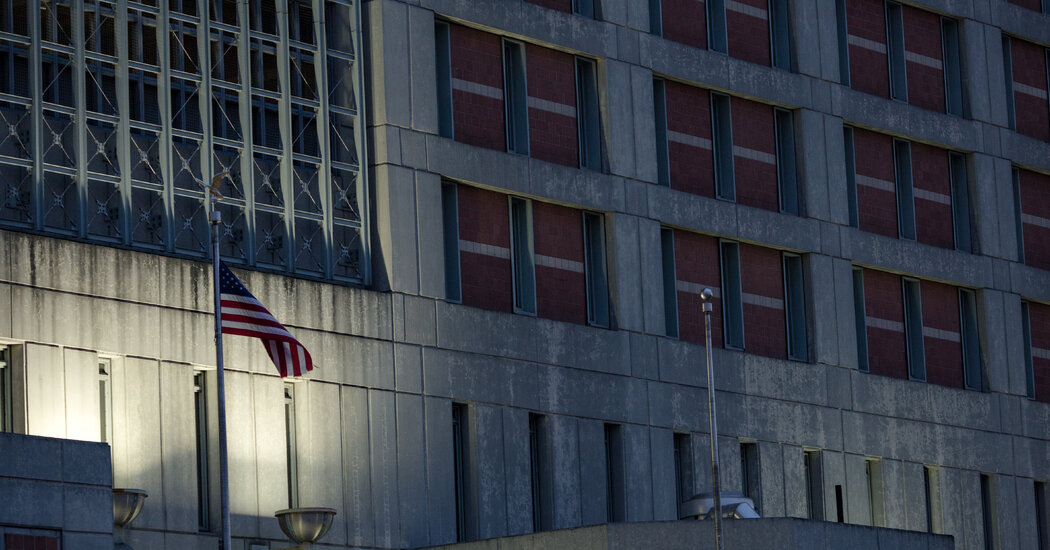 WASHINGTON — The Biden administration legal team has decided that thousands of federal convicts who were released to home confinement to reduce the risk of spreading Covid-19 will be required by law to return to prison a month after the official state of emergency for the pandemic ends, according to officials.

The administration has come under pressure from criminal justice reform activists and some lawmakers to revoke a Trump-era memo by the Justice Department’s Office of Legal Counsel, which said inmates whose sentences lasted beyond the “pandemic emergency period” would have to go back to prison.

But the Biden legal team has concluded that the memo correctly interpreted the law, which applies to about 4,000 nonviolent inmates, according to officials who spoke on condition of anonymity about sensitive internal deliberations. Several officials characterized the decision as an assessment of the best interpretation of the law, not a matter of policy preference.

The official state of emergency is not expected to end this year because of a rise in new infections caused by the coronavirus’s Delta variant. But the determination means that whenever it does end, the department’s hands will be tied.

That leaves two options if those prisoners are not to be sent back into cells: Either Congress could enact a law to expand the Justice Department’s authority to keep them at home beyond the emergency, or President Biden could use his clemency powers to commute their sentences to home confinement.

The Biden team is said to be wary of a blanket, mass commutation, however, both because it would represent an extraordinary intervention in the normal functioning of the judicial system and it could create political risks if any recipient who would otherwise be locked up commits a serious crime. Another option is case-by-case assessment for commutations, but the volume of work required to individually evaluate so many people is daunting.

When asked for comment, the White House responded with a general statement about the administration’s support for policies that can reduce incarceration.

“President Biden is committed to reducing incarceration and helping people to re-enter society,” said Andrew Bates, a White House spokesman. “As he has said, too many Americans are incarcerated, and too many are Black and brown. His administration is focused on reforming our justice system in order to strengthen families, boost our economy and give people a chance at a better future.”

Mr. Biden has vowed to make overhauling the criminal justice system a crucial part of his presidency, saying his administration could cut the prison population by more than half and expand programs that offered alternatives to detention.

Prison reform advocates have argued that the release of nonviolent prisoners during the Covid crisis has offered a test case for Mr. Biden to show he is committed to real change.

The disclosure of the Biden legal team’s internal decision came as an ideologically broad range of advocacy groups — nearly two dozen organizations, including the American Civil Liberties Union, Amnesty International, FreedomWorks and the Faith and Freedom Coalition — stepped up pressure on the Biden administration not to recall inmates from home confinement when the emergency ends.

Notably, however, those organizations issued a letter framing their request in terms of Mr. Biden using his clemency powers to resolve the issue.

“On the campaign trail and during your presidency, you have spoken about the importance of second chances,” according to the letter. “This is your opportunity to provide second chances to thousands of people who are already safely out of prison, reintegrating back into society, reconnecting with their loved ones, getting jobs and going back to school. We urge you to provide clemency now to people under CARES Act home confinement.”

Wendy Hechtman, who is serving a 15-year sentence for conspiracy to distribute a form of fentanyl, said she still held out hope that the Biden administration would issue her and other inmates clemency. She has tried to show that she deserves such reprieve by following the rules of her sober home in New Haven, Conn., and attending weekly therapy sessions. But for now, she said she felt stuck in limbo.

“It’s like waiting to be sentenced all over again,” she said.

Under normal circumstances, the law permits Federal Bureau of Prisons officials to send federal inmates home toward the end of their time in prison — the shorter of the final six months or 10 percent of their sentences — to foster a smoother transition back into society.

But in March 2020, as part of the CARES Act, a package of legislation responding to the pandemic, Congress gave the Justice Department the authority to lengthen the time the bureau may place an inmate in home confinement during the “covered emergency period,” which it defined as ending 30 days after whenever the declared national emergency over Covid-19 ends.

Later last year, the bureau asked whether it needed to make plans to eventually recall inmates who had been sent to home confinement and were not yet close enough to the end of their sentences to qualify under normal circumstances.

On Jan. 15, five days before the Biden administration took office, the Office of Legal Counsel produced a 15-page memo concluding that the authority of the bureau to keep inmates in home confinement beyond the normal time “evaporates” when the emergency ends, and so such convicts would have to return to federal lockup.

This spring, a range of lawmakers and advocates began pressuring the Biden Justice Department to reverse that position, which set off an administration review.

On April 8, for example, more than two dozen members of the House — nearly all were Democrats, but they included one Republican, Kelly Armstrong of North Dakota — sent Mr. Biden a letter urging the White House to reverse the decision.

Their letter portrayed the Justice Department’s position as a Trump-era “policy,” a word that suggested it could be reversed at will, as opposed to an analysis of legal limitations.

A week later, during a Senate Judiciary Committee oversight hearing, Senator Charles E. Grassley, Republican of Iowa, joined several Democrats in criticizing the Justice Department memo. He noted that very few inmates on home confinement over the past year had broken the rules or been arrested in connection with a new crime, while also characterizing the Office of Legal Counsel’s conclusion as a “policy.”

And later that month, two Democratic senators on the Judiciary Committee — Richard J. Durbin of Illinois, the panel’s chairman, and Cory Booker of New Jersey, whose former chief of staff and longtime adviser, Matt Klapper, is now Mr. Garland’s chief of staff — sent Mr. Garland a letter urging him to rescind the Office of Legal Counsel opinion.

Their letter argued that the law could be interpreted a different way. Essentially, the idea was that the law only restricts the moment when the Bureau of Prisons can make a decision to “place” a particular inmate in home confinement.

Under that view, after the official emergency period expires, the bureau could not send any additional inmates home who did not otherwise qualify such treatment, but nothing would require recalling back to prison those already placed in home confinement.

The Jan. 15 memo, however, had addressed that alternative interpretation and rejected it as not “tenable.” Among other things, it noted, Congress recognized that the end of the emergency period would have operational consequences for the inmates already in home confinement because it gave the bureau an extra 30 days.

That would not make sense, it argued, unless lawmakers’ intention was that the executive branch would use the extra time to bring such people back to prison.

Insiders who purchased US$162k worth of Compass, Inc. (NYSE:COMP) shares over the past year recouped some of their losses after price gained 14% last … END_OF_DOCUMENT_TOKEN_TO_BE_REPLACED