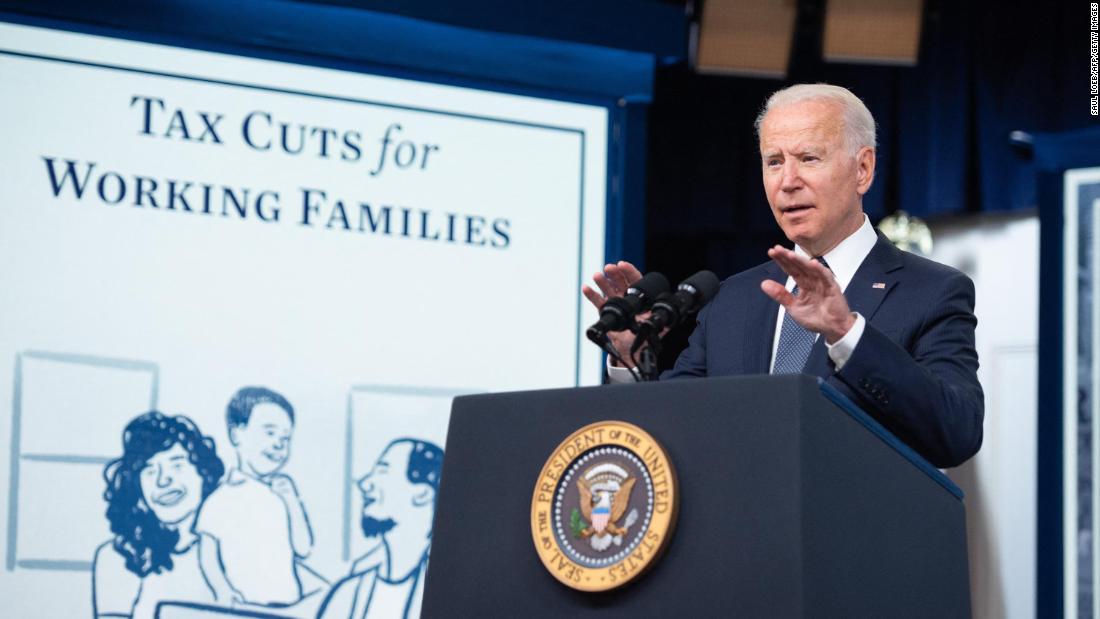 During a news conference with German Chancellor Angela Merkel, Biden said that the United States is looking into ways to possibly reinstate access to the internet in Cuba but indicated that the US is not considering reestablishing US to Cuba remittances — the practice of Americans transferring money to their Cuban relatives — over concerns that the regime would confiscate the funds.

“Cuba is unfortunately a failed state and repressing their citizens. There are a number of things that we would consider doing to help the people of Cuba, but it would require a different circumstance or a guarantee that they would not be taken advantage of by the government,” Biden said. “For example, the ability to send remittances back to Cuba. We would not do that now because the fact is it’s highly likely the regime would confiscate those remittances or big chunks of it.”

When asked about his views on communism, the President added: “Communism is a failed system — a universally failed system. And I don’t see socialism as a very useful substitute. But that’s another story.”

Thousands of Cubans took to the streets across the island nation last weekend to protest chronic shortages of basic goods, curbs on civil liberties and the government’s handling of a worsening coronavirus outbreak, marking the most significant unrest in decades.

Cuban President Miguel Díaz-Canel placed blame for the economic conditions on sanctions from the US during nationally televised remarks last weekend.

Since Biden’s arrival in office, Cuba policies have remained in review.

Under the Obama administration, Cuba oversaw the reopening of embassies and relaxing of many restrictions long in place since the embargo. But the Trump administration enacted some of the toughest economic measures against Cuba in decades, reinstated travel restrictions and — before leaving office — named Cuba a state sponsor of terrorism.

The demonstrations in Cuba, along with the recent presidential assassination in Haiti, has forced the Biden administration to place a focus on foreign policy with nations in the Caribbean. The President confirmed that he plans to send US Marines to Haiti to secure the US embassy there, but no plans are in the works for additional troops to go to Haiti.

Biden said he was ready to send Covid-19 vaccines to Cuba, but the nation has not joined the international vaccine coalition, COVAX, with whom the US is working closely.

“I’d be prepared to give significant amounts of vaccine if in fact I was assured an international organization would administer those vaccines and would do it in a way that average citizens would have access to those vaccines,” he continued.

The President volunteered information about reinstating internet access in Cuba, telling reporters, “We’re considering whether we have the technological ability to reinstate that access.”

Earlier this week social media platforms were being restricted in Cuba, according to internet monitor NetBlocks. The NetBlocks website said its metrics showed that WhatsApp, Facebook, Instagram and some Telegram servers were being disrupted.

Insiders who purchased US$162k worth of Compass, Inc. (NYSE:COMP) shares over the past year recouped some of their losses after price gained 14% last … END_OF_DOCUMENT_TOKEN_TO_BE_REPLACED