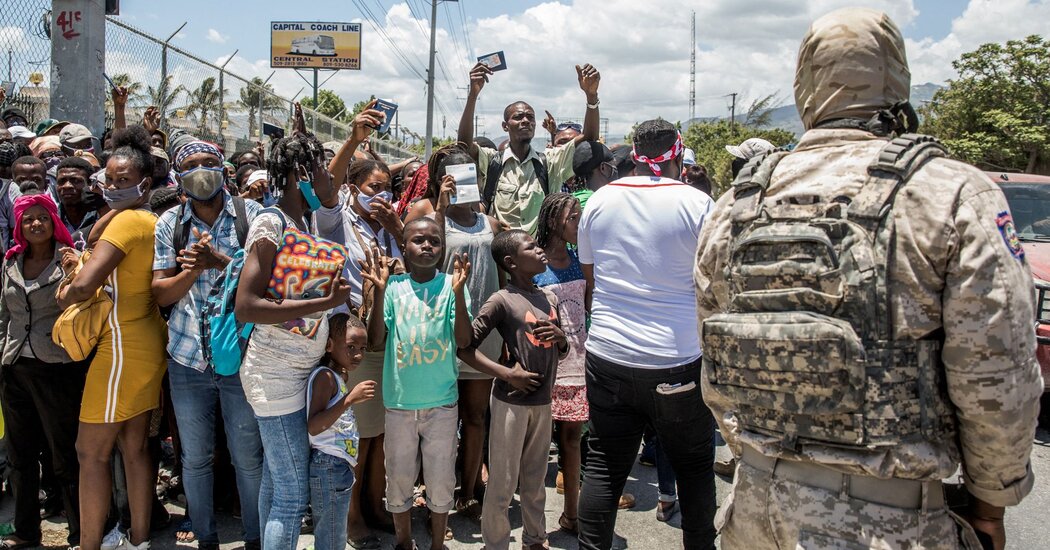 Even limited military deployments come with risks. A small American peacekeeping deployment to Somalia in 1992 led to an October 1993 gun battle in the streets of Mogadishu during which 18 American soldiers and at least hundreds of Somalis were killed in a political crisis for President Bill Clinton. The episode was later memorialized in the movie “Black Hawk Down.”

Biden officials are not insensitive to the plight of Haitians who have struggled for decades to escape poverty, corruption and political dysfunction; many served in the Obama administration when a 2010 earthquake devastated Port-au-Prince. In addition to $100 million in aid for the country, Mr. Obama dispatched thousands of American troops for several months to provide security.

That deployment was considered a success even if it did little to resolve Haiti’s deep-seated problems. But it did run “the risk of mission creep,” according to a 2013 study by the nonpartisan RAND Corporation, which said that Haiti would have welcomed the mission “to continue indefinitely” and that it “could easily have evolved” into a longer commitment.

Mr. Biden would confront other problems with the deployment of American soldiers. It is one thing to send troops to the aftermath of an epic natural disaster. It is another to step into an environment of political chaos, intrigue and dueling claims to power — not to mention an infestation of marauding armed gangs. Many Haitians, well aware of their country’s history of colonialism and slavery, already complain that their politics are shaped by mostly white foreign powers.

In 1915, the assassination of a Haitian president led President Woodrow Wilson to direct U.S. Marines to invade the country, beginning a two-decade American occupation, and years of unrest.

Some prominent Haitians were quick to denounce their government’s request.

“Absolutely not. We do not want U.S. troops, U.S. boots, U.S. uniforms, none of that,” Monique Clesca, a Haitian writer and civil society activist, told CNN on Saturday. “Because in Haiti, Haitians have been traumatized by the occupation of the country during 34 years by the United States, we do not want U.S. intervention or troops or anything.”

“The international community is complicit in what is going on in Haiti,” Ms. Clesca added.

Another disincentive for Biden is the seemingly vague nature of Haiti’s request, including what it is American troops would be expected to do.

Apple Inc. has scaled back ambitious self-driving plans for its future electric vehicle and postponed the car’s target launch date by about a year to … END_OF_DOCUMENT_TOKEN_TO_BE_REPLACED