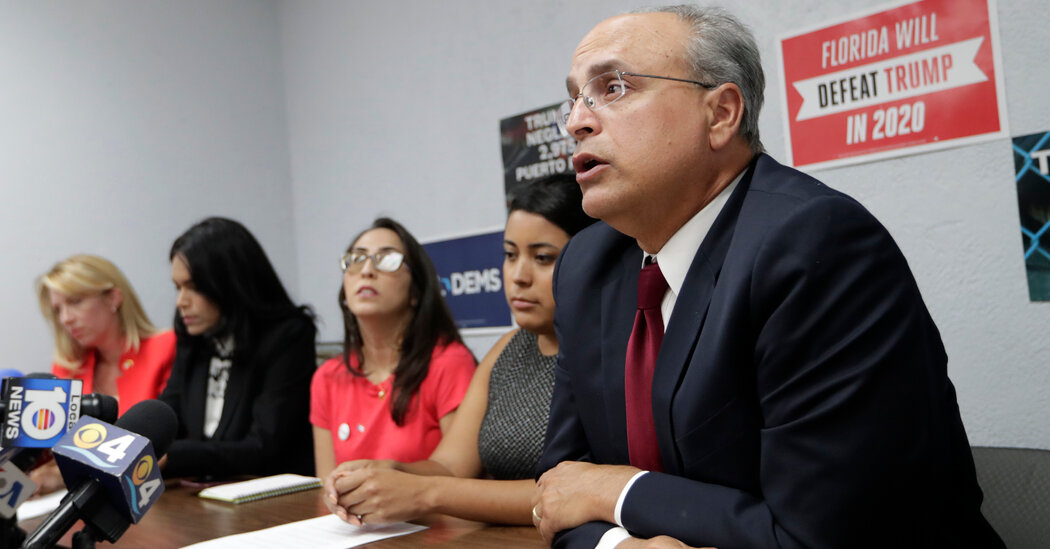 President Biden announced on Thursday that he would nominate Francisco O. Mora, a prominent Cuban American Democrat, as the U.S. ambassador to the Organization of American States, a position that would make him a leading administration voice on Western Hemisphere policy, including the civil unrest in Cuba and the aftermath of the presidential assassination in Haiti.

Mr. Mora was a fixture on Mr. Biden’s campaign in Florida last year, becoming a familiar face on television news programs in both English and Spanish on topics including the Caribbean diaspora and political disinformation.

Both issues are especially important in South Florida, home to the biggest population of Cubans and Haitians in the United States. Some Cuban Americans, including Cuban American Democrats, have urged Mr. Biden to be more outspoken about the massive street protests in Cuba, which Cuban exiles hope will destabilize the island’s Communist government.

Democrats have tried to re-examine their approach to Latino voters across the United States in light of the significant Hispanic support that Republicans won in last year’s elections. Democrats’ slide was particularly evident in the Miami area, where Republicans succeeded in attracting younger Cuban American and other Hispanic voters.

Nominating Mr. Mora for the role shows that the administration understands the importance of elevating an expert who understands those communities and the importance of bringing democracy and human rights concerns to the forefront of international diplomacy, said Manny Diaz, the chairman of the Florida Democratic Party and a former mayor of the city of Miami.

“When Latin America or the Caribbean sneezes, Miami catches a cold,” Mr. Diaz said. “It’s so important that we have someone that has lived through that, that is sensitive to that, that has been in the middle of it and really understands the hemisphere, the people of the hemisphere and their plight.”

Mr. Mora, who goes by Frank, speaks Spanish and Portuguese in addition to English. He is a professor of politics and international relations at Florida International University in Miami, where he previously directed the university’s Kimberly Green Latin American and Caribbean Center. Before that, he worked as deputy assistant secretary of defense for the Western Hemisphere during the Obama administration.

If confirmed, Mr. Mora would succeed former Ambassador Carlos Trujillo, a fellow Cuban American from Miami, who served from March 2018 until the end of President Donald J. Trump’s term.

Insiders who purchased US$162k worth of Compass, Inc. (NYSE:COMP) shares over the past year recouped some of their losses after price gained 14% last … END_OF_DOCUMENT_TOKEN_TO_BE_REPLACED