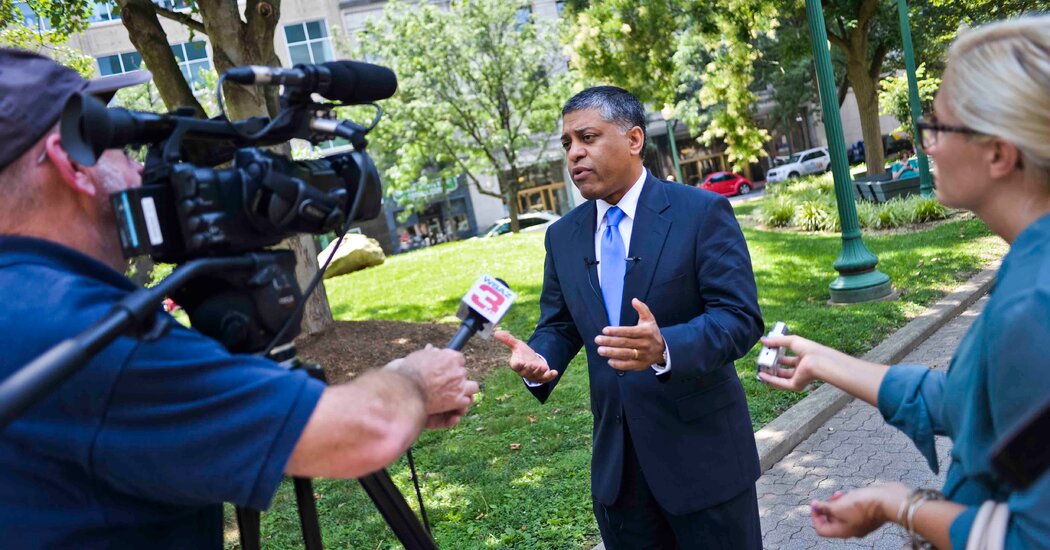 President Biden intends to nominate Dr. Rahul Gupta, who led West Virginia’s response to a devastating opioid crisis, to run the National Office of Drug Control Policy — a choice that may generate opposition from advocates for people with substance abuse problems.

If confirmed by the Senate, he would become the first medical doctor to serve as the nation’s “drug czar” since the role was created in 1988. Dr. Gupta is currently the chief medical and health officer at March of Dimes.

White House officials confirmed Mr. Biden’s choice of Dr. Gupta, which was reported earlier in The Washington Post. The president is expected to make his announcement later on Tuesday.

On Wednesday, the Centers for Disease Control and Prevention will publish statistics on drug overdose deaths that, by all indications, will shatter previous records. Overdose deaths rose by nearly 30 percent over the 12-month period that ended in November, from more than 71,000 to over 90,000, according to preliminary federal data released last month.

As West Virginia’s commissioner of public health and state health officer from 2015 to 2018, Dr. Gupta won praise for his aggressive response to the opioid crisis. Mr. Biden’s choice of Dr. Gupta may also be politically strategic: He is an ally of Senator Manchin, the moderate West Virginia Democrat whose vote is crucial to the president’s legislative agenda.

But Dr. Gupta also garnered criticism for failing to stop the city of Charleston from closing its needle exchange program — a key component of the strategy known as “harm reduction,” which has been embraced by the Biden administration.

Instead of helping drug users achieve abstinence, harm reduction aims to reduce their risk of dying or acquiring infectious diseases like AIDS, including by giving them sterile equipment.

While Dr. Gupta was health commissioner, his department issued a report that found fault with the Charleston program and led to its decertification after it had already shut it down. The program had been nationally recognized, but was criticized by the city’s mayor at the time. Public health experts said its closure had a chilling effect on other programs, and kept some from getting off the ground.

“The Biden administration has made enhancing evidence-based harm reduction programs a priority, and it’s my sincere hope that Dr. Gupta will embrace that policy and show clear leadership on that issue,” said Robin Pollini, an associate professor of behavioral medicine of psychiatry at West Virginia University, who has in the past been critical of Dr. Gupta.

In a 2018 interview with West Virginia public broadcasting, Dr. Gupta spoke out against the closure, saying it was “not in the best interest of the community” when needle exchange programs like Charleston’s are shut down “reactively.”

“It plays into that stigma and is more harmful long-term than it is beneficial,” the outlet quoted him as saying.

The son of an Indian diplomat, Dr. Gupta was born in India and grew up in Washington, D.C. He completed medical school at the University of Delhi when he was 21, according to a biography supplied by the White House.

The drug control policy office was created by Congress as part of the Anti-Drug Abuse Act of 1988, signed into law by President Ronald Reagan.

Insiders who purchased US$162k worth of Compass, Inc. (NYSE:COMP) shares over the past year recouped some of their losses after price gained 14% last … END_OF_DOCUMENT_TOKEN_TO_BE_REPLACED