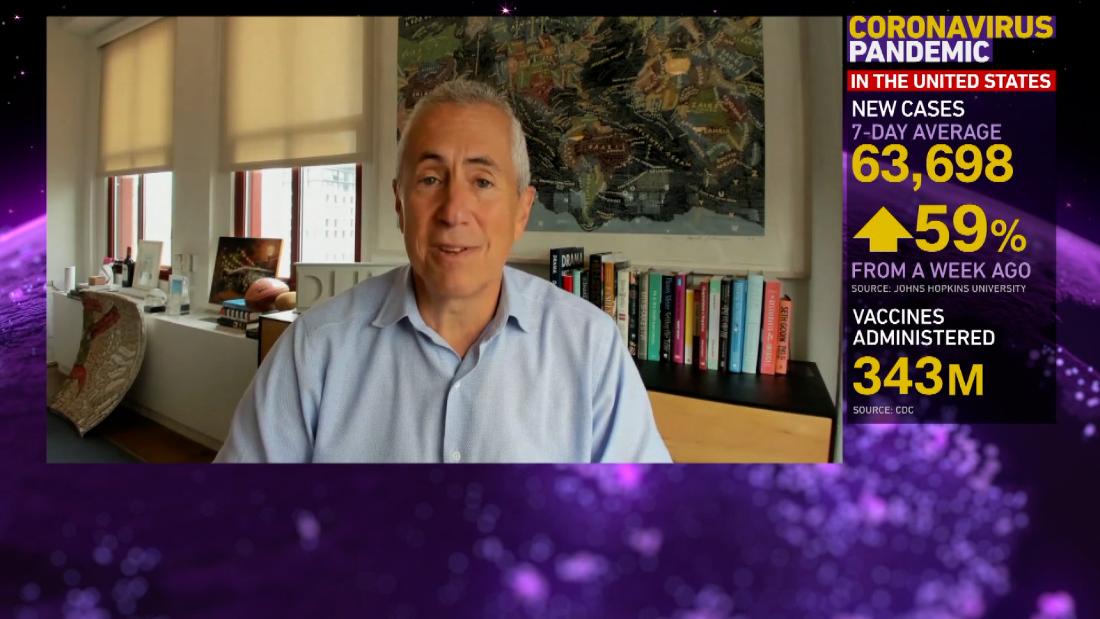 More US companies could soon be using the catchphrase that made Donald Trump a TV star, as they initiate vaccinate-or-else policies for employees. The broadening mandates for Covid-19 inoculations come as the Delta variant has sent cases soaring across the United States, mostly because there are tens of millions of Americans who refuse to get free, safe and effective shots. Facebook and Google, Morgan Stanley, BlackRock and Saks Fifth Avenue are all blue-chip firms that are leading the charge. Netflix is requiring vaccines for actors and anyone who comes into contact with them at its studios. Many companies are keen to get employees back into offices this fall, and are telling them that if they don’t get the shot (with very few health and religious exceptions) they’ll need to find work elsewhere. The corporate push comes as President Joe Biden — who is clearly losing patience with Americans who won’t get vaccinated and are therefore prolonging the pandemic — announced that federal workers need vaccines or will have to undergo an onerous testing regime. Given political sensitivities in a nation where personal freedom and suspicion of government are sacrosanct for many citizens, government vaccine mandates for everyone are unlikely. Heck, advice this week for Americans, even those who are vaccinated, to wear masks again caused a firestorm — and an opening for Republican up-and-comers like Florida Gov. Ron DeSantis to grandstand.

But big business could finally force millions of vaccine holdouts to change their minds. Get ready for a lot of anger and controversy — especially in Southern, conservative states where vaccine hesitancy is rife and far more people are getting sick and going to the hospital with Covid-19 than in liberal states.

But the die seems to be cast.

Starting next month, for instance, Danny Meyer, CEO of Union Square Hospitality Group — which owns dozens of restaurants, cafes and bars — said he will require all employees and customers to prove they’ve had the jab. “If you really want to go unvaccinated, you can dine somewhere else, and you can also go work somewhere else,” Meyer told CNN on Thursday. A 60-year-old French woman made off with $5.8 million in diamonds after swapping the stones with pebbles.

A Christmas warning in July

Here’s the good news: The US economy is now bigger than it was before the pandemic. The bad news? The Delta variant may peg growth back later this year. New government figures show that the economy grew at a seasonally adjusted annualized rate of 6.5% in the second quarter. That’s great for Americans trying to get back on their feet — but it also helps people abroad, given that the mighty US engine often helps to power growth elsewhere. It’s an impressive number. But it disappointed Wall Street, which had been banking on an 8.5% rate of growth over the same period. The new data shows that the recovery is being driven by the reopening of restaurants, bars, tourism and other sectors, plus a new round of government stimulus checks. But some big financial houses are downgrading their economic outlooks as the Delta variant spreads. Another worry is inflation. Everything in the US — food, cars, gasoline — seems to cost more right now. The dwindling clout of the dollar in voters’ pockets is a prime attack line Republicans are using against Biden. Still, Federal Reserve Chairman Jerome Powell said rising inflation is more the product of post-pandemic supply chain shortages than anything intrinsically wrong with the economy and should ease in the months to come.

As an example, there’s a currently a massive problem on the West Coast, where containers filled with US goods from Asia are clogging ports and rail yards. The problem is partly caused by post-pandemic staffing issues in the trucking and railroad industries. Many container ships have to anchor for days off the California coast, waiting for a time window to unload. All of this ripples down the supply chain and causes even more bottlenecks to global trade. Delays are so acute that it already looks like favorite toys could be in short supply at Christmas.

Even Santa can’t dodge the pandemic.

Insiders who purchased US$162k worth of Compass, Inc. (NYSE:COMP) shares over the past year recouped some of their losses after price gained 14% last … END_OF_DOCUMENT_TOKEN_TO_BE_REPLACED