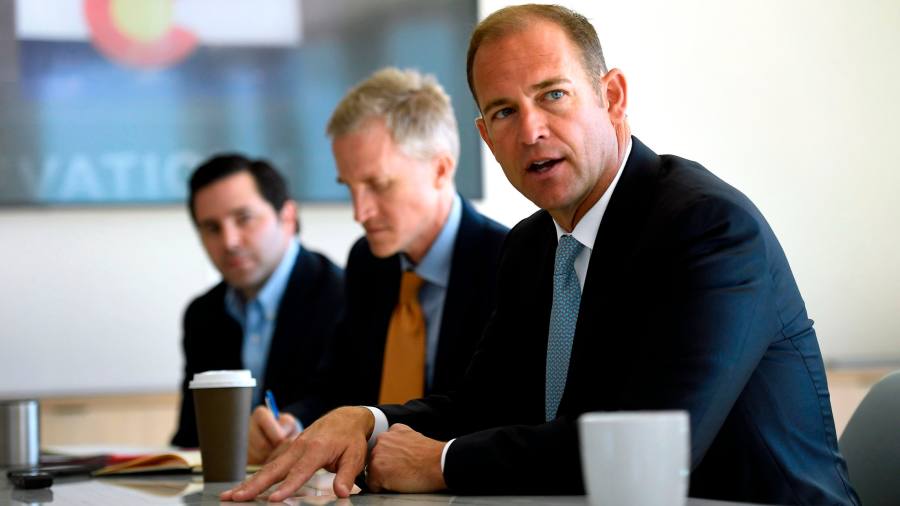 BP’s US boss said Washington’s new climate law would put its green plans in the US “on steroids”, even as the oil supermajor says it will expand its shale oil and gas business in the country.

Dave Lawler, the head of BP’s US business, said in an interview with the Financial Times that the British oil producer was “very supportive of the IRA and what the Biden administration was looking to accomplish” on emissions, referring to the recently passed Inflation Reduction Act.

The new climate law, passed by Democrats in Congress in August, aims to funnel hundreds of billion of dollars into green projects such as wind and solar, hydrogen, biofuels and carbon capture and storage, and has drawn ire from some in the oil sector.

BP has been among the most aggressive of the oil majors in its pledge to shift spending from fossil fuels to projects aimed at reducing emissions, saying it plans to cut its oil production 40 per cent by 2030, compared to 2020 output.

“We had put our new strategy in place before the IRA was passed, so what this has done is just put our strategy on steroids,” he said.

Lawler said new incentives for carbon capture and storage in particular were “interesting”, saying they would enable BP to work with industrial players to trap carbon dioxide at petrochemical or other facilities before it is emitted into the atmosphere and permanently stored in the ground.

The new climate law offers an $85 per tonne subsidy for permanently stored carbon dioxide, which is seen as making many more CCS projects economically viable as the sector has struggled to get off the ground.

“We can make a profit and they can clean up their business,” Lawler said of the potential new CCS businesses, adding that the company was moving ahead with initial work at a project on the Texas Gulf Coast with chemicals producer Linde to capture and store emissions from a hydrogen plant.

Yet Lawler said the company remains committed to expanding its US oil and gas business, especially its operations in the Permian basin, a massive oilfield in west Texas and New Mexico where the company has large land holdings that will require tens of billions of dollars to develop.

“We’ll be increasing production . . . We see this as a marquee asset, the wells are very strong,” said Lawler, adding it has enough drilling opportunities in the Permian to “keep you busy for 40 years”.

The company plans to increase spending on its onshore US oil and gas business, mostly in Texas, from $1.7bn this year to $2.4bn next year. It is pumping about 350,000 barrels of oil equivalent a day from its onshore US fields, up roughly 8 per cent from last year.

BP and other oil producers have come under fire from environmental activists for not moving quickly enough to slash fossil fuel output in the face of the threat from climate change.

Yet US president Joe Biden has prodded oil producers to lift output to help lower high fuel prices this year, while at the same time tightening environmental rules, including new regulations and fines for oilfield emissions of methane, a potent greenhouse gas.

Lawler said BP was “highly supportive” of the new methane regulations, which have split the industry, and it “[does not] have any concern whatsoever” that it will have to pay fines under new rules that will penalise companies exceeding minimum methane pollution levels.

An Environmental Defense Fund study last year found BP’s Permian assets were among the worst performing in measurements taken between September 2019 and October 2021, higher than other supermajors in the region such as ExxonMobil and Chevron.

Lawler said the company has spent about $500mn to clean up its Permian wells and will eventually spend more than $1.3bn to electrify its operations and install new processing infrastructure to “dramatically reduce emissions” and end gas flaring at its sites. He pointed to more recent data from Kairos Aerospace, which measures methane emissions using satellites, showing BP’s emissions more recently falling well below industry averages from previous years when they were significantly higher.

As demand fades in the housing market, price cuts have become widespread.  Insider asked several experts about how far they … END_OF_DOCUMENT_TOKEN_TO_BE_REPLACED