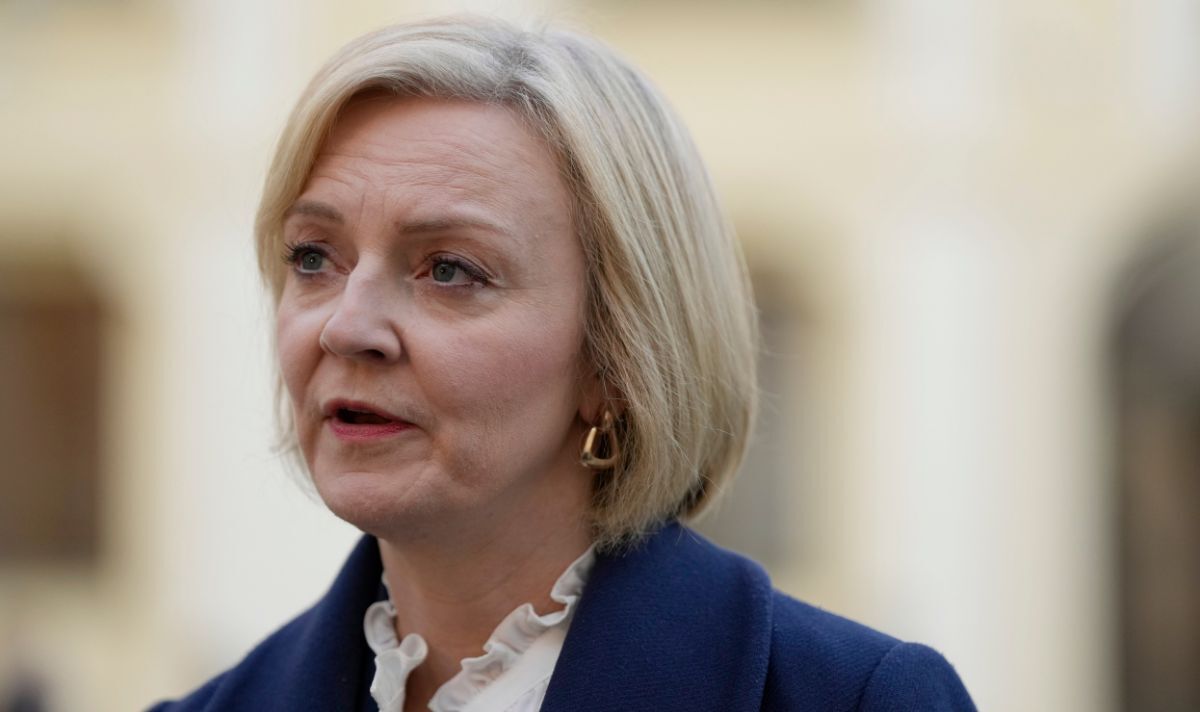 On Monday evening, GB News Presenter Mark Dolan spoke with businessman and former MEP John Longworth about what will happen to the British economy in the future if Liz Truss “sticks to her plan”. Bank of England has recently announced it is currently taking emergency action to stabilise the economy, but help would stop at the end of the week.

GB Presenter Mark Dolan asked if the mini-budger may have prevented a recession, to which Mr Longworth replied “it may well have”.

The businessman added: “Quarter four is going to be touch and go, but next year will be much better, so we may well have avoided a recession.

“What a lot of people don’t realise is we’re doing quite well, we have the second-lowest debt-to-GDP ratio in the G7, and we’re actually outperforming all the G7 countries in terms of potential growth.

“We have a very low unemployment, especially among young people in the whole of Europe.

“So what’s not to like? Is that reported by the BBC, or by a lot of newspapers? No it isn’t, and we’ve actually got a really strong future ahead of us, but we’ll have a rocky few months.”

Mr Longworth said: “Well, my betting would be that we’ll have a maximum central bank rating of about three percent.

“Inflation will settle back to about five percent, and we’ll have north of two percent growth, in fact it could be a lot further north than two percent.”

READ MORE: Truss to avoid economic ‘armageddon’ as energy bills will be payable

The Bank of England bought bonds to try and stabilise the economy, but Governor Andrew Bailey has said bond buying will end on Friday, and said pension funds have “an important task” to make sure they are resilient.

In an interview with the BBC, Mr Bailey said: “We are doing everything to preserve financial stability, you have my assurance on that.”

Labour Shadow Chancellor, Rachel Reeves has criticised the mini-budget, and said: “This is a Tory crisis that has been made in Downing Street, and that is being paid for by working people.”

She added: “Families worried sick about bills haven’t even had so much as an apology from the prime minister or chancellor, the architects of chaos unleashed on the British economy and family finances.”

However, Chancellor Kwasi Kwarteng has said he was “relentlessly focused on growing the economy” and “raising living standards” with his budget plan and will now unveil his full economic plan later this month on October 31.

Apple Inc. has scaled back ambitious self-driving plans for its future electric vehicle and postponed the car’s target launch date by about a year to … END_OF_DOCUMENT_TOKEN_TO_BE_REPLACED