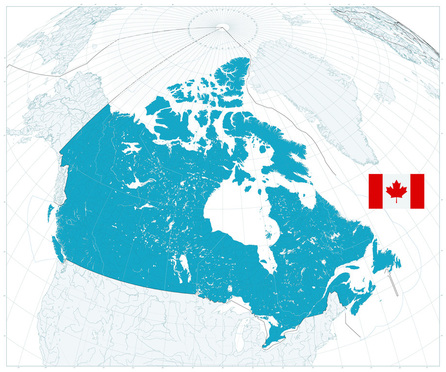 Canada was the number one source of international direct investment in US commercial property over the last year, keeping with a typical trend.

“Canada’s leadership in the space reflects not only the ease of access to the US market but also the cultural comfort between the two countries and the comparative ease of moving capital into the US,” notes Marcus & Millichap’s John Chang,

But the last year has also seen a “big upswing” in foreign investment into US commercial real estate, he says, hitting a total of $72 billion over the last 12 months. That’s double where it was at the height of the pandemic in late 2020 but still shy of the $100 billion peak set in 2015.

While the money comes from all over the globe, Canada has consistently been a top player every year except in 2016, when Chinese investors poured capital into the US property markets.  Other top investors include Germany, Singapore, and the United Kingdom.

First, the US economy has a strong growth outlook that will support CRE performance. Strong job creation, low unemployment and substantial retail sales gain suggest strong growth in the US at least when compared to the outlook of other countries around the world.

US CRE also offers higher yields than in other countries, Chang says. Real Capital Analytics data shows that the average CRE cap rate in the US is about 5.9%, compared to 5.5% in the UK, 5.3% in Canada, and 4.7% in Germany and Australia. In South Korea, that number is 3.8%.

“The higher yields in the US are very attractive to international investors, especially when the market stability is factored in,” Chang says. “Many international investors place capital in US real estate simply to bank the capital in a dollar-denominated asset. They want to put the money somewhere relatively safe where the value won’t be eroded by inflation, exchange rates, arbitrage, or other global economic forces.

Stability also tends to be more valuable to international investors than yields, according to Chang, which means they’re often more likely to outbid competitive offers by domestic buyers who place more emphasis on yields.

However, international investment typically accounts for 10% of total annual investment dollar volume in the country on average.

As demand fades in the housing market, price cuts have become widespread.  Insider asked several experts about how far they … END_OF_DOCUMENT_TOKEN_TO_BE_REPLACED