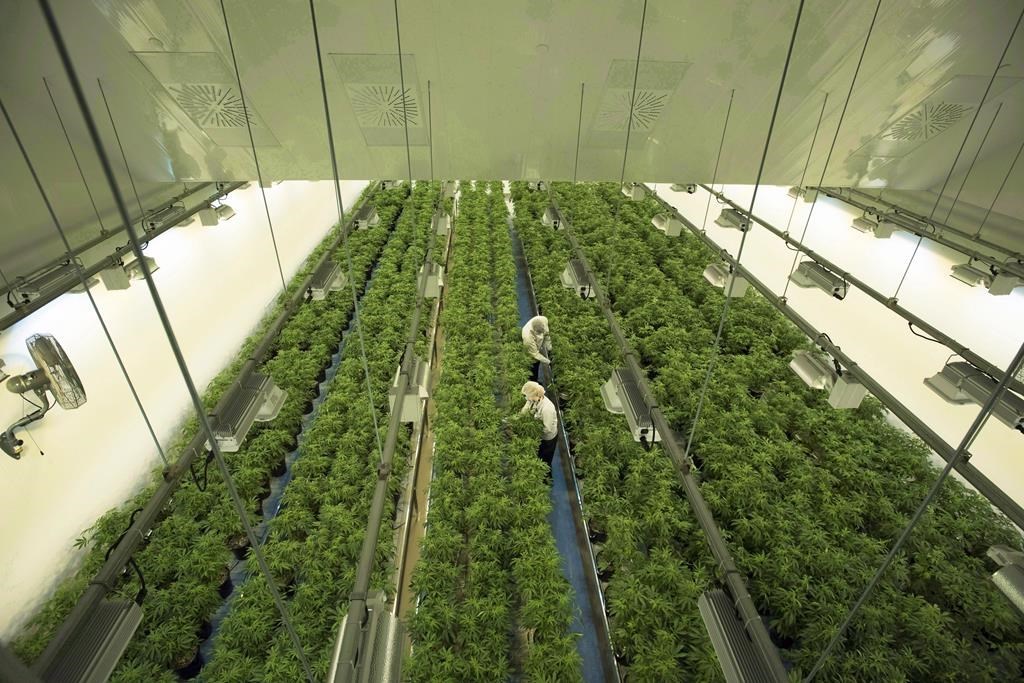 Canopy Growth Corp.’s share price surged more than 27 per cent as it announced it will fast track its plans for the U.S. market with the creation of a new U.S.-domiciled company meant to hold its cannabis investments made south of the border.

Canopy Growth Corp.’s share price surged more than 27 per cent as it announced it will fast track its plans for the U.S. market with the creation of a new U.S.-domiciled company meant to hold its cannabis investments made south of the border.

Smiths Falls, Ont.-based Canopy’s stock hit $4.02 in afternoon trading after it announced Tuesday that it was establishing Canopy USA LLC. The venture will help it exercise its rights to acquire U.S. cannabis companies Acreage, Wanna and Jetty, which it signed deals to take a stake in should the U.S. move toward national legalization.

David Klein, Canopy’s chief executive, positioned the announcements as a way to help investors and brands realize value in the near term while positioning the company for profitable growth and a fast start upon U.S. federal permissibility.

“This is a transformative step in our journey to become a leading premium branded cannabis company in North America and shape the future of our industry,” Klein said, on a call with analysts.

“The key to unlocking this vision is winning in the largest and fastest growing cannabis market in the world—the United States—and our goal has always been that our U.S. assets would someday operate as one company. That is what Canopy USA effectively enables us to do.”

Canopy USA’s creation comes weeks after U.S. President Joe Biden revealed he will pardon people convicted under federal law of possessing cannabis and review the status of pot as a Schedule 1 substance.

Cannabis is legal for medical purposes in about 39 states and for recreational use in 19, including D.C. However, federal law still considers it a Schedule I controlled substance with high risk of abuse and no accepted medical use, placing it in a group with harder drugs like heroin, LSD and peyote.

Cannabis companies, including Canopy rivals Tilray Brands Inc. and Aurora Cannabis Inc., have long been purchasing stakes in U.S. brands in anticipation that the U.S. would loosen its cannabis regulations and legalize pot on a federal basis.

“As state legalization trends continue at a fever pace and our strategic assets in the U.S. are poised to scale across a broad national footprint, this is the opportune time to take our future into our own hands,” said Klein.

Canopy USA’s holdings will include about 70 per cent of Acreage’s shares, which it will acquire at a fixed share exchange ratio of 0.3048 of a common share. It will have an option to purchase the remaining approximately 30 per cent on a floating basis in order to own all of Acreage.

Acreage is expected to make up 75 per cent of Canopy USA’s total U.S. cannabis revenues.

The combination of companies will mean Canopy USA will initially operate in 21 states and have access to more than 2,150 retail distribution sites.

The exchangeable shares will provide shareholders that may otherwise have concerns about the company’s exposure to the U.S. cannabis market with an opportunity to retain an interest in Canopy through a non-voting and non-participating share.

The proposal will need roughly two-thirds of shareholders to approve it.

Assuming it is approved, Constellation Brands, Inc. will convert its Canopy shares into exchangeable shares. However, if it does not complete the conversion, Canopy USA will not be able to exercise the rights to acquire Acreage, Wana and Jetty.

Vivien Azer, a senior analyst with Cowen, expects it will be at least a year before the transactions are closed because there are multiple parts, but said there seem to be “clear financial benefits” for Canopy.

Those benefits include that investors will be able to see the growth and profit contributions from Wana and Jetty, Canopy’s debt will be reduced by 27 per cent, and Canopy will get credit for the U.S.’s “generally faster growth,” Azer said in a note to analysts.

This report by The Canadian Press was first published Oct. 25, 2022.

Companies in this story: (TSX:WEED, TSX:ACB)

Apple Inc. has scaled back ambitious self-driving plans for its future electric vehicle and postponed the car’s target launch date by about a year to … END_OF_DOCUMENT_TOKEN_TO_BE_REPLACED