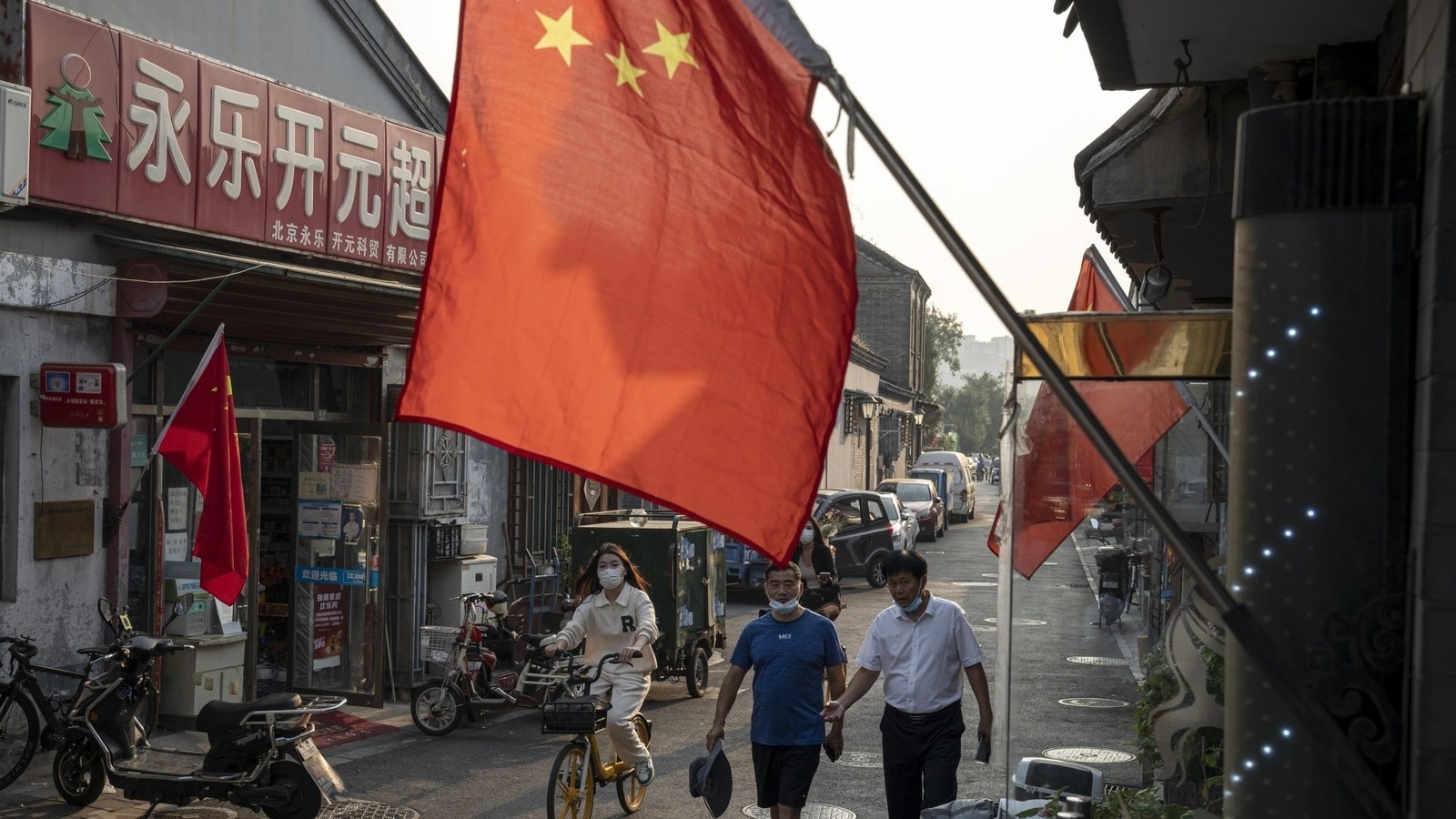 China’s exports and imports both unexpectedly fell for the first time in more than two years, with rising risks of a recession causing overseas consumers to buy less and domestic problems such as Covid Zero controls and a housing slump hitting demand at home.

Exports in dollar terms fell 0.3% in October from a year earlier, the customs authority said Monday, well below the 4.5% gain projected by economists. Imports also fell, with the 0.7% decline the first drop since August 2020. That left a trade surplus of $85.15 billion.

The weakness in exports adds to the domestic pressures on an economy which is already struggling due to the property market slump, persistent disruptions from Covid controls, and weak consumer spending. Resilient exports had been a major support to China’s recovery in the past two years due to strong international buying, but that looks to have reversed, with demand from the pandemic disappearing just as the war in Europe boosted global inflation and uncertainty.

“The weak export growth likely reflects both poor external demand as well as the supply disruptions due to Covid outbreaks,” according to Zhang Zhiwei, president and chief economist of Pinpoint Asset Management. “I expect export growth to remain weak in the next few months as the global economy slows.”

The data reinforces the message from Korea’s trade figures last week, which also showed the first decline in shipments in two years as demand for electronics drops. Almost all the nations in the euro-area saw manufacturing contract further in October, while US business activity dropped for a fourth-straight month.

Exports to the US and Europe both fell, the data showed, as did shipments to Taiwan and Hong Kong. However demand from Southeast Asia continued to be strong, with exports to Asean rising by double digits for a sixth month.

The value of home appliance exports fell the most of any product group in the first 10 months of the year, down 11.5% from a year earlier, according to a breakdown provided by customs. Exports of furniture, lighting equipment and medical devices also dropped during the period.

The decline in imports was widespread, with Chinese purchases from Australia, the US, Japan, South Korea and Taiwan all down. Imports of iron ore in the first 10 months of 2022 were down on last year as the continued drop in housing construction destroys demand for steel and other construction materials.

“The surprise drop in China’s October exports — the first year-on-year fall since May 2020 — provides stark evidence that global demand is falling.

Authorities had previously warned the momentum was expected to weaken further.

“The risk of external demand growth slowing is increasing” in the fourth quarter, commerce ministry spokeswoman Shu Jueting said at a regular briefing last month. The environment for trade was getting increasingly complex for China and uncertainties are still increasing, she said, citing slowdown in world economic and trade growth.

Aggressive policy tightening by major developed nations is raising fears of a global recession that would further hurt demand for China-made products. The US Federal Reserve last week increased benchmark interest rates for the sixth time this year. European nations are expected to follow suit.

Covid outbreaks and stringent control measures at home are another major source of concern. Mobility restrictions aside, the nation’s unswerving commitment to the Covid Zero strategy is dashing hopes of any quick improvement in the economic situation, promoting Chinese households to save at a record pace and cut back on spending.

China’s authorities offered little hint of plans to rescue the ailing economy at the party congress last month, which triggered a historic rout in the stock market. Investors should be able to have a clearer idea on whether China will ease up on its zero-tolerance approach to combating Covid and whether China will step up support for the real estate market in coming weeks, with a string of key economic meetings planned.

Apple Inc. has scaled back ambitious self-driving plans for its future electric vehicle and postponed the car’s target launch date by about a year to … END_OF_DOCUMENT_TOKEN_TO_BE_REPLACED