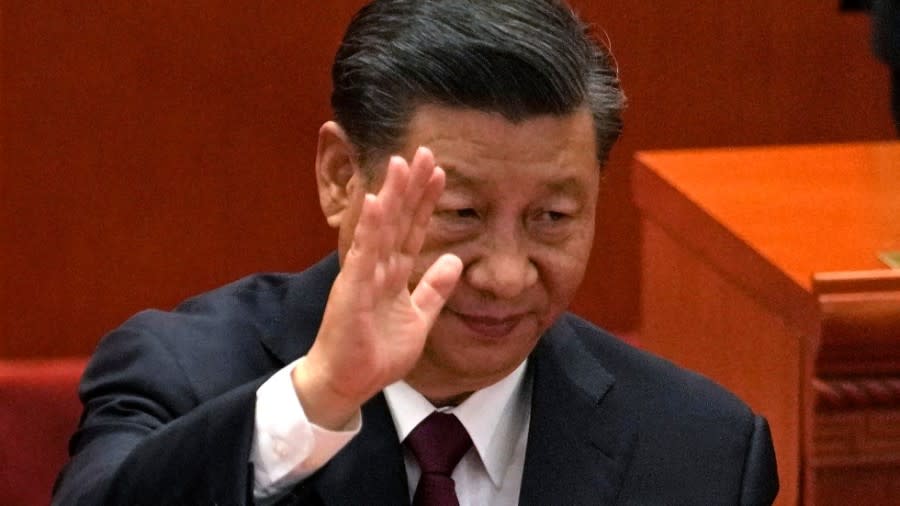 Rep. Michael Waltz (R-Fla.) on Sunday said Chinese President Xi Jinping has “cemented his place as a 21st century emperor of China” after breaking with tradition and securing a third, five-year term to lead the nation.

“He has stacked to the organs of power in China with his loyalists. He has centralized power with himself. He has eliminated term limits,” Waltz told Fox News’ “Sunday Morning Futures” host Maria Bartiromo. “He is dictator for life now, all with a major step towards what he sees as his legacy.”

Waltz, who sits on the House Armed Services Committee, said Xi has “become the most powerful Chinese dictator” since Mao Zedong, the communist dictator who founded the People’s Republic of China (PRC) party and ruled until his death in 1976.

Xi, 69, took power in 2012 as the PRC’s general secretary. While previous term limits prevented him from ruling under a third term, Chinese lawmakers revised a constitutional requirement abolishing the restriction in 2018.

Xi is expected to lead the nation for the remainder of his life, which comes amid soaring tensions with the U.S., including over fears of a Chinese invasion of the island of Taiwan.

China is also increasingly spreading its economic influence across the world and bolstering its technology sector in ways the U.S. has deemed a threat.

In a report to Chinese lawmakers last week, Xi referenced the importance of China’s supplies of food, energy and industrial goods.

Waltz on Sunday said Xi sees an “existential conflict with the West” and has discussed in his speeches a “coming storm” and a “life-or-death competition with western liberal democracy.”

“He’s told his military to rapidly modernize, to prepare for war by 2027. Their navy is larger than ours. Their space force is launching more than we are,” Waltz said. “And he’s told his economy to become self-sufficient, both technologically and from a manufacturing standpoint, so that they can resist any type of outside pressure.”

For the latest news, weather, sports, and streaming video, head to The Hill.

Insiders who purchased US$162k worth of Compass, Inc. (NYSE:COMP) shares over the past year recouped some of their losses after price gained 14% last … END_OF_DOCUMENT_TOKEN_TO_BE_REPLACED