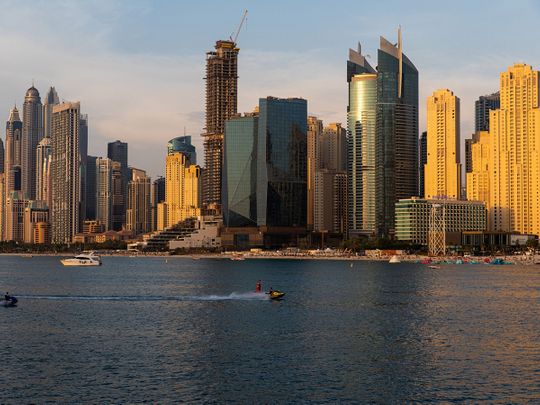 The Mortgage Bankers Association (MBA) reported a steep decline in the number of new and existing applications, the lowest in 22 years. This is especially accurate at the upper end of the market, which, theoretically, should be the most insulated from the impact of rising rates. Curiously, in the mid-income segment, prices continue to keep rising, albeit at a more moderate pace, as the frenzy of buying slows down to more rational levels.

Of course, in America, the housing market has been plagued by low inventory for the better part of a decade, and this phenomena continues to act as a catalyst for demand. As prospective sellers do not see enough opportunities to climb up the housing ladder, those that do ultimately end up paying more for their new purchase than what they anticipated. The problem is that most single-family homes cost as much as lavish pads did a few years ago, leaving existing homeowners with little choice but move to more affordable segments or put off their sale.

This withdrawal of inventory, alongside the reduction of demand probably implies a price correction in certain segments, a situation exacerbated by rising inflation and drying up of liquidity.

In Dubai, the inventory issue is not as much of a factor as it is in America- neither were the markets ‘oversupplied’ as the historical narrative suggested, but neither are they undersupplied. Yet the trajectory of recent offplan re-sales suggests that buyers may have stretched their budget and/or are having alternative avenues to invest, such as the recent surge in IPO applications suggest. Offplan premiums for recently launched projects have started to decline, and in some cases have even become negative, suggesting that speculative demand is starting to abate.

Equally, asking prices have also started to show signs of moderating, mirroring conditions witnessed across the US housing markets. The surge in mortgage buyers witnessed over the last year and a half is expected to slow, and, along with it, the demand for new homes. Even though Dubai will continue to see an influx of population – and a secular rise in demand for housing – options for existing and potential buyers will continue to rise. This implies a similar outcome to that being seen in the US – a reduction in bidding wars, as liquidity starts to moderate.

There is an important difference between the Dubai housing market and that of the US. That factor is home ownership. As immigration reforms continue to play themselves out in the economy, there will remain steady demand for home ownership as more and more people switch out of the flipping mentality and consider the city to be their home.

This driver will continue to dominate in the mid- and upper mid-income segment of society. Factors such as higher interest rates will undoubtedly curb the demand curve, but as the data of the stagflation years of the 1970s in the US suggests, homeownership will continue to rise. For investors, the message is all too clear: history does rhyme. It rhymes all the time.

Tech Tracker rounds up what’s happening in the technology sector of the restaurant industry, including news from restaurants, vendors, digital … END_OF_DOCUMENT_TOKEN_TO_BE_REPLACED