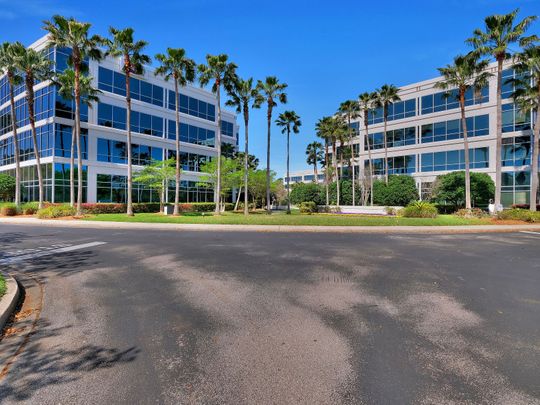 Dubai: The Dubai-based Gulf Islamic Investments has picked its second big overseas real estate assets this year – the latest is an office campus in Jacksonville, Florida, for around $50 million. This is the asset management company’s – currently handling $2 billion – first push into Florida and the fourth one in the US since 2016.

This takes the overall US portfolio of GII to $250 million plus. In March, it completed its largest real estate transaction to date – the $301 million acquisition of Altaïs Towers, a commercial high-rise in the eastern Parisian suburb of Montreuil.

Alongside Europe and the UK, North America represents a key market for GII with previous acquisitions including a Dun & Bradstreet office in Allentown, Pennsylvania, the Realogy HQ in Madison, New Jersey and Grand Street Plaza in White Plains, New York. In the next six months, the plan is to “strengthen and reinforce its position in commercial real estate in the US”.

The Concourse Office Park in Florida features a lettable area of 288,000 square feet and comprises three four-storey buildings. Current occupancy of the Park, built between 1998-2001,stands at 87 per cent with leading tenants from the healthcare space. “As we craft the next chapter of GII’s growth, expanding our realty portfolio in North America, with a special focus on tier 2 cities, will remain one of our utmost priorities,” said Mohammed Alhassan, Founding Partner and Co-CEO of Gulf Islamic Investments.

Not only is Florida the fourth largest US state in terms of GDP, but it also boasts attractive lifestyle offerings, a minimal cost of living and low tax environment, all of which make it an ideal investment destination, ensuring property liquidity and income sustainability in the long-term

The Wood River Valley real estate market continues to show signs of strength, despite rising interest rates and efforts by the Federal Reserve to slow … END_OF_DOCUMENT_TOKEN_TO_BE_REPLACED