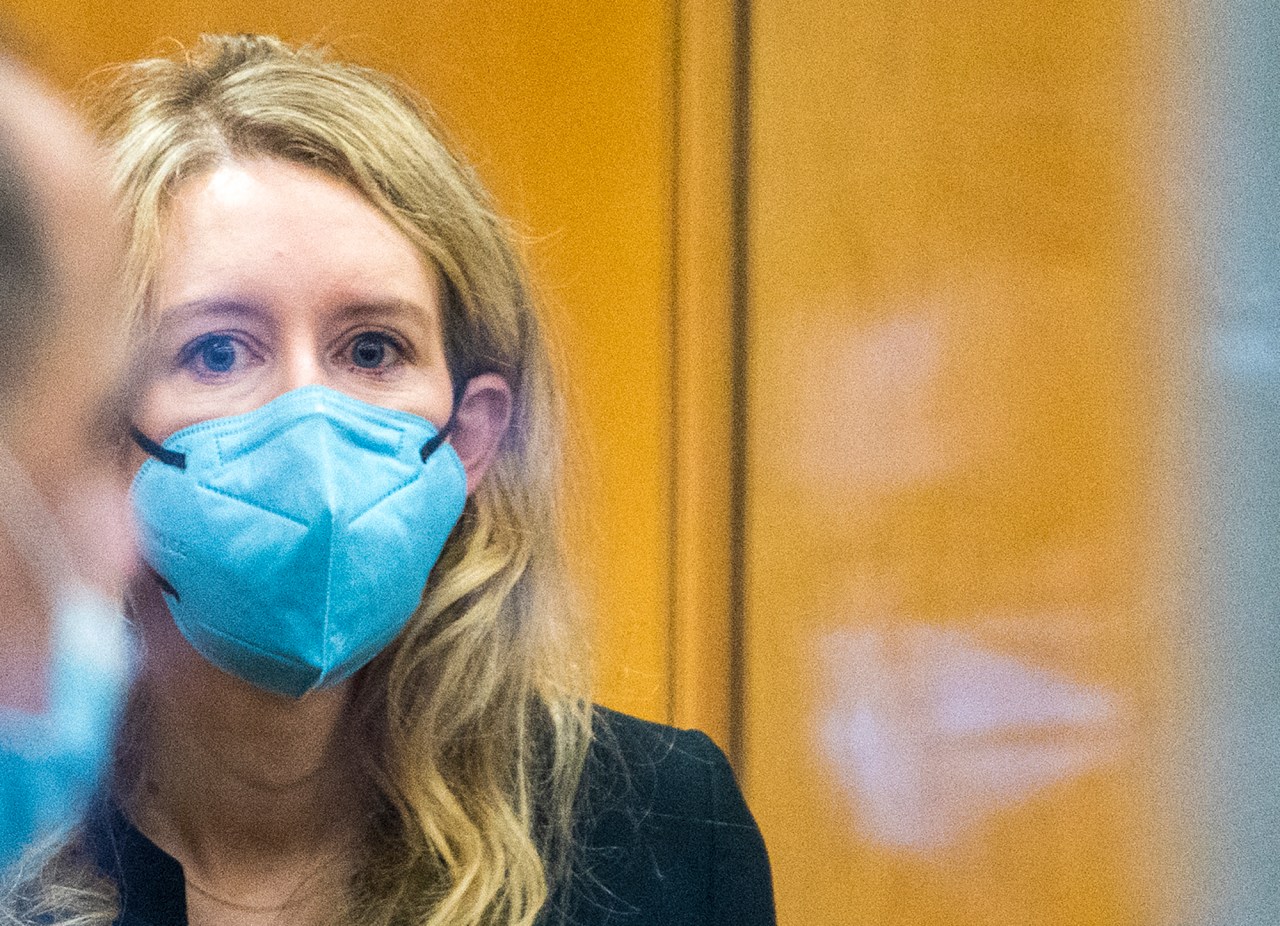 Elizabeth Holmes walks into federal court in San Jose, Calif., Thursday, Dec. 16, 2021. The lawyers for the opposing sides in the trial of former Theranos CEO are expected to wrap up their closing arguments Friday, paving the way for a jury to begin their deliberations over criminal charges accusing her of turning her blood-testing startup into a massive scam. (AP Photo/Nic Coury)

SAN JOSE, Calif (AP) — Lawyers for opposing sides in the trial of former Theranos CEO Elizabeth Holmes are expected to wrap up closing arguments Friday, paving the way for a jury to begin deliberations over criminal charges accusing her of turning her blood-testing startup into a massive scam.

The case revolving around Holmes’ meteoric rise to become a self-made billionaire and ensuing downfall has captivated Silicon Valley for the past three months as the long-delayed trial unfolded.

That fixation intensified after Holmes made the risky decision to take the witness stand for seven days in front of the jurors who will determine her fate. The jurors, after attorneys wrap up closing arguments that began Thursday, will then be instructed by U.S. District Judge Edward Davila on how to proceed with deliberations.

Holmes, 37, faces 11 felony counts of fraud and conspiracy. If convicted, she could receive a sentence of up to 20 years in federal prison less than a year after giving birth to her first child.

Federal prosecutors have cast Holmes as a desperate con artist who brazenly lied to get rich. Attorneys representing Holmes say she was a well-meaning entrepreneur who never stopped trying to perfect Theranos’ blood-testing technology and deliver on her pledge to improve health care.

The concept was so compelling, Theranos and Holmes were able to raise more than $900 million from billionaire investors such as media magnate Rupert Murdoch. The company struck partnerships with major retailers Walgreens and Safeway and Holmes quickly began to grace the covers of national magazines as a wunderkind.

Unknown to most people outside Theranos the company’s blood-testing technology was flawed, often producing inaccurate results that could have endangered the lives of patients who took the tests.

After the flaws were exposed in 2015 and 2016, Theranos eventually collapsed and the Justice Department filed its criminal case in 2018.

When they begin deliberations, jurors will consider the testimony of 32 witnesses and more than 900 exhibits submitted in a trial that has lasted more than 14 weeks. Besides Holmes, other prominent witnesses that have testified include former U.S. Defense Secretary Gen. James Mattis — a former Theranos board member — and former Safeway CEO Steve Burd, who was negotiating a deal with Holmes to bring Theranos’ technology into its supermarkets.

Even as the red-hot US real estate market shows signs of cooling, young house hunters are increasingly turning to their parents to help them buy homes … END_OF_DOCUMENT_TOKEN_TO_BE_REPLACED

BI App Zing Data Gets Seed Investment July 1 2022 In the US, business intelligence (BI) and visualization app Zing Data has raised $2.4m in a … END_OF_DOCUMENT_TOKEN_TO_BE_REPLACED