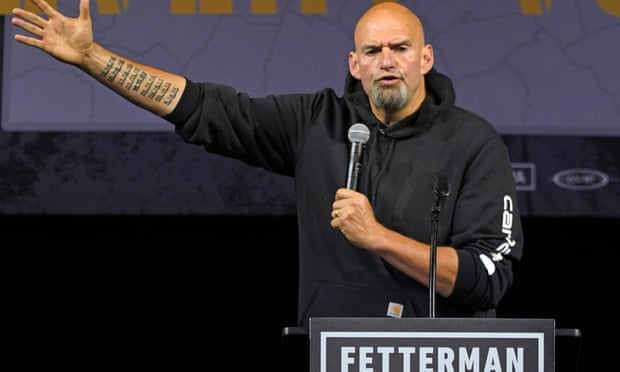 Donald Trump’s lawyers have indicated that he unlawfully retained official government documents after losing the presidential election and not handing the papers over to national archivists.

In a motion submitted earlier this week, the former president’s legal team argued that some of the documents seized by the FBI in a search of Trump’s Florida resort could be subject to executive privilege. They are seeking the appointment of a so-called special master to determine which materials the justice officials can review.

“It’s not clear that executive privilege would even be relevant to the particular crime he’s being investigated for and yet in this filing, he basically admits that he is in possession of them, which is what the government is trying to establish,” said Asha Rangappa, a former FBI agent and former associate dean at Yale law school.

‘The fact he already has taken away a woman’s right to choose with the law that he signed, the 15-week law that has no exceptions for rape or incest, is barbaric,’ Crist said of DeSantis.
Photograph: Chris O’Meara/AP

The former Florida governor Charlie Crist, who previously served in the role as a Republican before crossing the floor and becoming a Democratic congressman, will contest the November vote against the incumbent Ron DeSantis after comfortably winning the primary against the progressive Nikki Fried.

His campaign was defined by his touting of his experience in office and opposition to the ban on abortions after 15 weeks of pregnancy signed by DeSantis, who is a likely contender for the Republican presidential nomination in 2024. Crist has pledged to sign an executive order overturning the abortion law on his first day in office.

He suggested that victory would upend any aspirations DeSantis might have of higher office. “This guy wants to be president of the United States of America and everybody knows it,” Crist said. “However, when we defeat him on 8 November, that show is over.”

The Republican candidate Dr Oz’s aide said John Fetterman, pictured, would not have had a stroke had he ‘ever eaten a vegetable in his life’. Photograph: Gene J Puskar/AP

An aide to the Republican candidate for the Senate in Pennsylvania, Mehmet Oz, said his Democrat opponent might not have had a stroke if he “had ever eaten a vegetable in his life”.

The retort, likely to be erroneous, came after Fetterman, currently lieutenant governor, mocked a video in which Oz complained about the price of crudités while mangling the names of two Pennsylvania grocery stores. “In PA we call this a … veggie tray,” Fetterman tweeted.

Rachel Tripp, Oz’s senior communications adviser, responded: “If John Fetterman had ever eaten a vegetable in his life, then maybe he wouldn’t have had a major stroke and wouldn’t be in the position of having to lie about it constantly.” 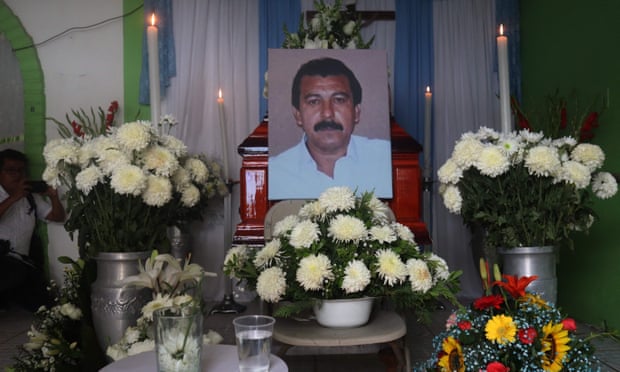 Stat of the day: Twice as many people died with Covid in UK this summer compared with 2021 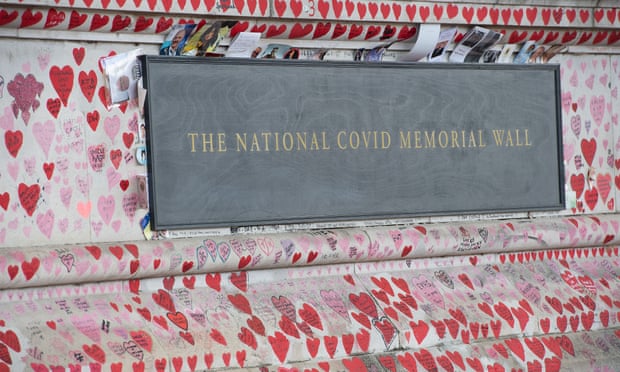 More than 5,700 deaths of people with Covid have been registered in the UK since 8 June, compared with 2,936 last year. Photograph: Maureen McLean/Rex/Shutterstock

Twice as many deaths involving Covid occurred this summer in the UK compared with last summer, according to analysis of new data. Although the overall number of deaths of people with Covid in 2022 remains far below last year, the summer months have bucked that trend, write Carmen Aguilar García and Pamela Duncan. More than 5,700 Covid deaths have been registered since 8 June: 95% higher than in the same period last year.

Paul Hunter, a professor of medicine at the University of East Anglia, said the “surge in infections associated with the BA.5 wave” was behind the increase in the number of deaths. “But we will see fewer deaths in August this year than last,” he added. “I suspect that over the next three months we shall see [that Covid] deaths [are] a lot lower than last year and probably that will remain the case for the entire winter.” 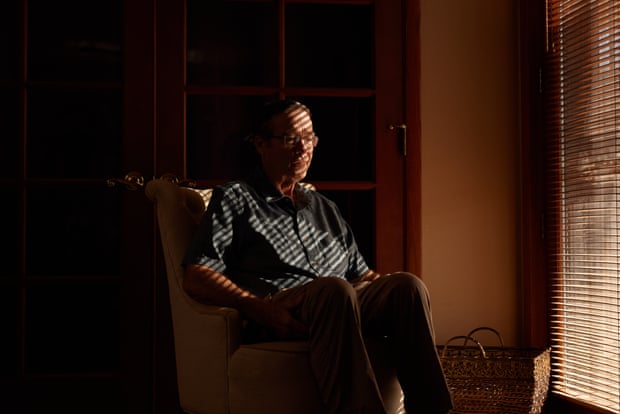 Mike Langford sitting in the living room of his Phoenix home. Contemplating what his latest biopsy results will reveal. Photograph: Matt Williams/The Guardian

Mike Langford, 72, has had five cancer recurrences, despite multiple rounds of chemotherapy and a stem cell transplant. Now he struggles with chemo-related neuropathy in his arms and legs, and new tests show the cancer has returned, write Carey Gillam and Aliya Uteuova.

Looking back, he acknowledges it was absurd he was not aware the popular weedkilling product Roundup was classified as a probable carcinogen when he was spraying his garden with the chemical. He is taking the German company Bayer AG, which took over longtime Roundup maker Monsanto, to court. 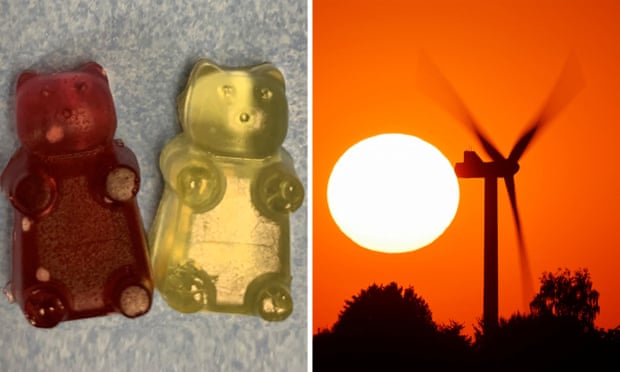 Two gummy bears made from the composite resin that could be used to make wind turbine blades.
Photograph: Reuters/John Dorgan

The next generation of wind turbine blades could be recycled into gummy bears at the end of their service, scientists have said. Chelsie Henshaw writes that researchers have made a composite resin for the blades by combining glass fibres with a plant-derived polymer and a synthetic one; once the blades have reached the end of their lifespan the materials can be broken down and recycled to make new products, including more turbine blades – and chewy sweets.

“We recovered food-grade potassium lactate and used it to make gummy bear candies, which I ate,” said John Dorgan, one of the authors of the paper. “The beauty of our resin system is that at the end of its use cycle, we can dissolve it, and that releases it from whatever matrix it’s in so that it can be used over and over again in an infinite loop. That’s the goal of the circular economy.” 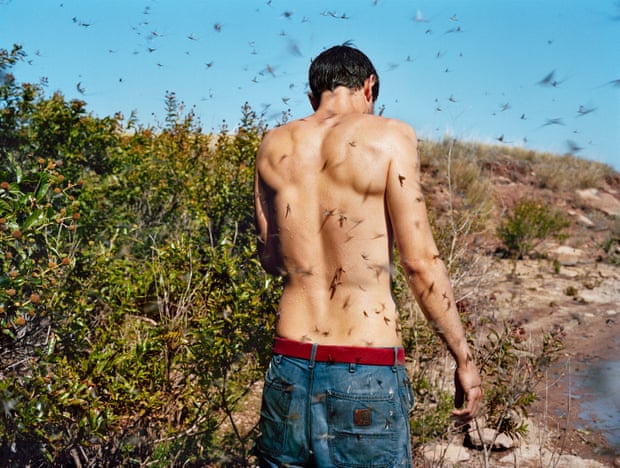 Holly Lynton’s beautiful photographs reveal the spiritual state of being that emerges from nature and tradition Photograph: undefined/Holly Lynton

Returning to specific communities year after year, the photographer Holly Lynton moves beyond mythology to reveal a complex social landscape in the US suffused with tradition but unburdened by nostalgia, for a collection, Bare Handed, published by L’Artiere Edizioni, the Guardian’s photography team write.

“Being on the shrimp boat, it wasn’t just the work of shrimping, it was the sea, the weight of the humidity in the air, and the dolphins and birds following us,” said Lynton. “The idea of a collective (and specific) cultural visual memory that leads us to see many meanings in images is important to me and something I use in my work.”

First Thing is delivered to thousands of inboxes every weekday. If you’re not already signed up, subscribe now.

If you have any questions or comments about any of our newsletters please email newsletters@theguardian.com