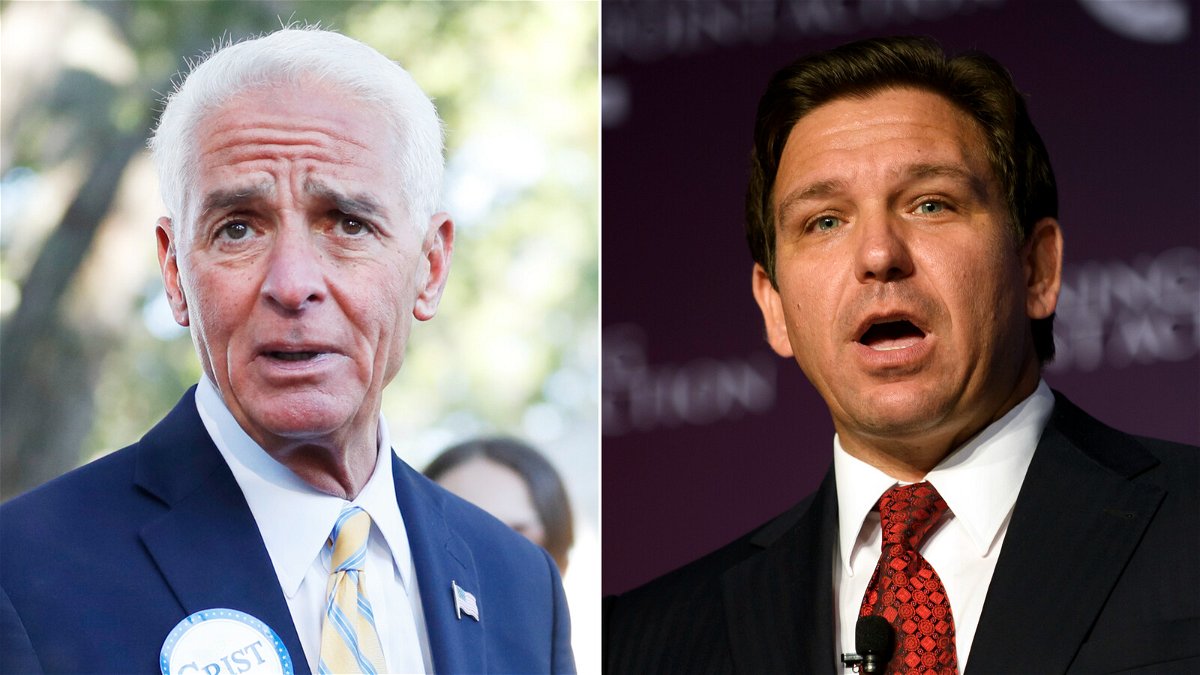 The final pieces of the midterm puzzle are coming into focus as Tuesday primaries in New York, Florida and Oklahoma lock in key parts of the November election slate.

Democrats in Florida on Tuesday picked Rep. Charlie Crist to take on Gov. Ron DeSantis in the fall, CNN projected. Crist’s challenge comes as DeSantis seeks both a second term and a boost ahead of a rumored presidential bid in 2024. CNN also projected that Democratic Rep. Val Demings would take on Republican Sen. Marco Rubio in November.

Meanwhile, in New York, where a protracted redistricting process pushed back the US House and state Senate elections, a series of heated contests could send a handful of new faces to Capitol Hill next year — and at least one of the Democratic delegation’s longest-serving members’ run will come to a dramatic end.

A special election upstate will also offer new clues about the influence of the Supreme Court’s decision to overturn Roe v. Wade in a race that Democrat Pat Ryan has cast as a referendum on the ruling.

And in Oklahoma, Republicans will decide on a nominee to fill out the remainder of retiring Sen. Jim Inhofe’s term ahead of special general election.

Here are the key takeaways from August’s final primary day.

Crist looks to derail DeSantis in the fall

For the second time in eight years, Democratic voters elected Charlie Crist as their nominee for governor, choosing the seasoned veteran over Agriculture Commissioner Nikki Fried, who was vying to become the state’s first female governor. Crist now has just 11 weeks to unite his party, energize the Democratic base and convince independent voters that the state needs a new direction.

The stakes for Democrats are high, and not just in Florida, where DeSantis has already pushed through an aggressively conservative agenda, vowing that a second term will bring new action to further restrict abortion and to make it easier to carry a gun in public. But national Democrats are also now looking for Crist to slow DeSantis’ rise before an anticipated campaign for the White House in 2024.

The task will not be easy. DeSantis has amassed $132 million for the general election, a record sum for a gubernatorial candidate who isn’t self-funded, and he has animated the Republican base more than any other GOP politician not named Donald Trump. His party has surpassed Democrats in registered voters in Florida for the first time. And he can point to a state economy that appears to be booming, with more people moving there than anywhere in the country, record tourism numbers, and an unemployment rate of 2.7%, almost a full point below the national level.

But Democrats have argued that the prosperity has not been shared by all. With some of the country’s fastest rising home prices and rents, Florida has become a paradise that many can no longer afford. A property insurance crisis has threatened coverage for millions of homeowners just as hurricane season reaches its zenith. LGBTQ Floridians say the DeSantis administration has made the state more hostile to them and women say new restrictions on abortion eliminate autonomy over their bodies and force them to see through medically risky pregnancies.

Crist’s argument against another four years of DeSantis is also predicated on Floridians longing for a less divisive tone from its leader. Throughout the primary, Crist and Fried depicted DeSantis as a bully and a despot who is far more focused on positioning himself to run for the White House than he is on governing the country’s third largest state. Time and again, they have noted, DeSantis has forced the state’s other branches to bend to his will, eliminating any checks on his executive power.

The Senate race between Republican incumbent Sen. Marco Rubio and Democrat Rep. Val Demings is on.

Demings won her primary on Tuesday and Rubio was unopposed, setting up a race that Republicans believe they should easily win but one that offers Democrats yet another chance to show they can win statewide in a place that has crept right for years.

The two have been focused on each other for months — their primaries were not competitive — but on Tuesday night, the contours of the race were clear: Rubio plans to brand Demings a “Pelosi Puppet” who is inextricably linked to President Joe Biden, while Demings plans to attack Rubio as ineffective, selfish and wedded to a Republican Party dominated by Trump.

The onus is on Demings to prove she — or any Democrat — can win statewide in a state that has overwhelmingly backed Republicans for years. But Democrats got a morale boost recently: The National Republican Senatorial Committee came in with an ad campaign for Rubio while Demings was widely outspending the Republican.

Like many Democrats, Demings is also hoping the anger in the wake of the Supreme Court’s decision to overturn Roe v. Wade will propel her to an unlikely victory.

“I dream of an America where we protect constitutional rights like a woman’s right to choose. I’ve said it along this campaign trail, let me say it again. We’re not going back. We’re not,” Demings said on Tuesday night.

Demings has the fundraising advantage — she has consistently outraised Rubio and pulled in $12.2 million in the second quarter of 2022 — but central to her campaign will be her ability to push back against attacks linking her to the “defund the police” movement. Demings, the former Orlando police chief, has already put out her own ad refuting the criticism and has long had her campaigns identify her as “Chief Demings,” not Rep. Demings, in a not-so-subtle response to the attacks.

Reps. Jerry Nadler and Carolyn Maloney are about the same age, share nearly identical ideological views and both chair powerful committees in the House, where they both arrived in 1993.

But it will be Nadler, bolstered by endorsements from Senate Majority Leader Chuck Schumer and The New York Times editorial board, that will return to Capitol Hill next year after he defeated Maloney in one of the most contentious primaries in recent New York history.

It was a race neither wanted and, according to Maloney, Nadler urged her to run in another district after their parallel strongholds on Manhattan’s Upper East and West Sides were drawn together at the conclusion of a long redistricting process.

Maloney tried to tap into Democratic primary voters’ anger over the Supreme Court ruling overturning Roe v. Wade and vowed, if reelected, to make the passage of the Equal Rights Amendment her main focus. She also accused Nadler of taking undue credit for his part in major local projects, like the construction of the Second Avenue subway, and — at the bitter end — suggesting on camera that he might be “senile.”

But Nadler, despite a disappointing debate performance, shored up the district’s progressive base. A key piece of validation came from Massachusetts Sen. Elizabeth Warren, who cut an ad for Nadler highlighting his support from Planned Parenthood and NARAL, declaring New Yorkers “lucky to have Jerry in Congress.”

Though the full tally is yet to be finalized, it appears Nadler’s margin of victory could exceed Maloney’s lead — if it holds — over a third candidate, Suraj Patel, who argued on the trail that the new district needed a new voice. But the 38-year-old, who unsuccessfully challenged Maloney in the last two cycles in a different district, again fell short.

Republican Rep. Markwayne Mullin will be the GOP nominee for the special election to fill Sen. Jim Inhofe’s Oklahoma Senate seat, CNN projected. As the Republican nominee, Mullin is in a strong position to win the general election this fall in the conservative state. He will face off against former Democratic Rep. Kendra Horn.

Inhofe, a veteran of the Senate, announced in February that he would retire in January 2023, sparking the special election.

Mullin, who represents Oklahoma’s 2nd Congressional District, defeated former Oklahoma House Speaker T.W. Shannon in Tuesday’s runoff. Mullin advanced to the runoff after leading the first round with 44% of the vote, and that was before an endorsement from former President Donald Trump.

Mullin’s campaign website highlights his support for the former President, saying, “In Congress, he fought the liberals trying to stop President Trump.”