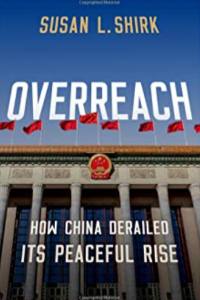 Russia is the weather and China is the climate was the formulation adopted by Jeremy Fleming, a senior British intelligence official, to explain why — even in the midst of a war launched by Russia — western security services are increasingly focused on China.

In a recent speech, Fleming, who heads GCHQ — the branch of the British intelligence services that specialises in cyber space — pointed to Chinese advances in satellite navigation, digital currencies, AI and a range of other cutting-edge technologies. Collectively, these could give China the ability to monitor and manipulate much of the world.

It is this threat that underpinned the recent American decision to place severe restrictions on the ability of US companies or individuals, or even foreign companies using American technology, to work with the Chinese semiconductor industry. These new measures are so far-reaching that some see them as a declaration of economic war on China.

The origins of the transformation in the west’s approach to China are explained in Andrew Small’s fast-paced and deeply researched book The Rupture: China and the Global Race for the Future (Hurst £20). As Small reminds us, just four years ago the UK was still intending to let Huawei, a Chinese company, play a central role in the provision of 5G telecoms to Britain. GCHQ, at the time argued that Huawei’s involvement posed no real threat to British security. But, under intense American pressure, the British reversed course on Huawei.

The battle over Huawei was a turning point, signalling a much tougher and more united western response to the technological and security challenges posed by China. The EU and India have also recently taken a considerably more wary approach to Chinese technology. Using his extensive contacts, Small shows how Beijing’s own mistakes have contributed to this backlash, including China’s handling of Covid-19 and its border dispute with India.

It is tempting to pin the deterioration in China’s political and economic relationship with the west on President Xi Jinping, who has adopted more aggressive policies and rhetoric, both at home and abroad, since coming to power in 2012. But, as Susan Shirk shows in Overreach: How China Derailed Its Peaceful Rise (Oxford University Press £19.99), things had begun to go sour, well before Xi took power.

In Beijing, just as in Moscow, the “colour revolutions” that shook the former Soviet bloc from 2003-2005, were seen as evidence of an American conspiracy that could pose a direct threat to the Chinese and Russian political regimes. The financial crisis of 2008, which began in the US, then created a sense in China that the west was in decline, and therefore easier to confront. 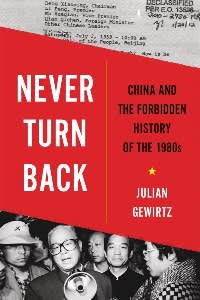 The question of when and how things went wrong in China is also the focus of Julian Gewirtz’s important new book, Never Turn Back: China and the Forbidden History of the 1980s (Harvard University Press £26.95/$32.95). As Gewirtz shows, the “reform and opening” associated with Deng Xiaoping led not just to an economic transformation but to a period of intellectual turmoil, in which all sorts of hitherto forbidden ideas were debated.

At times, this had its comic side. In 1982, the Communist party leadership was fretting about young people’s newly acquired tastes both for pornography and for the works of Jean-Paul Sartre. What emerged over that decade was a Chinese version of the glasnost, or openness, that flourished in Mikhail Gorbachev’s Soviet Union. Wan Li, a vice-premier, gave a speech in 1986 arguing: “We should remove the ban on free expression and encourage the free airing of views.” But that period of intellectual freedom was brought to an abrupt end with the crushing of the student protest movement in Tiananmen Square in 1989.

Deng’s embrace of reform and openness never extended to allowing a challenge to the Communist party’s monopoly on power. Zhao Ziyang, the party’s general secretary, who also played a key role in the reform drive of the 1980s, was more sympathetic to the student movement. He was placed under house arrest, for the rest of his life, after the crushing of the Tiananmen movement.

As Gewirtz shows, even in the 1980s, China’s leadership had an “intensive fixation on advanced technology”. That fixation has now paid off so spectacularly that China is now ahead of the west in some key technologies, such as 5G. 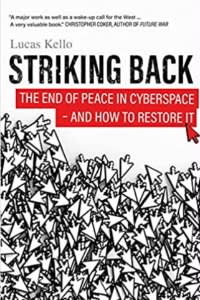 A particular focus of western anxiety is cyber space, where both China and Russia have been active in a variety of ways, ranging from Russia’s hacking and release of Democratic party internal emails during the 2016 US presidential election, to China’s extensive industrial and political espionage.

In his new book Striking Back: The End of Peace In Cyberspace — And How to Restore It (Yale University Press £20/$28), Lucas Kello of Oxford University argues that western governments have been slow to develop new doctrines and forms of deterrence to deal with growing anarchy in cyber space. In a work that is sure to be closely studied in western capitals, Kello makes proposals to increase the west’s deterrence power and restore “peace in cyber space”.

The Wood River Valley real estate market continues to show signs of strength, despite rising interest rates and efforts by the Federal Reserve to slow … END_OF_DOCUMENT_TOKEN_TO_BE_REPLACED