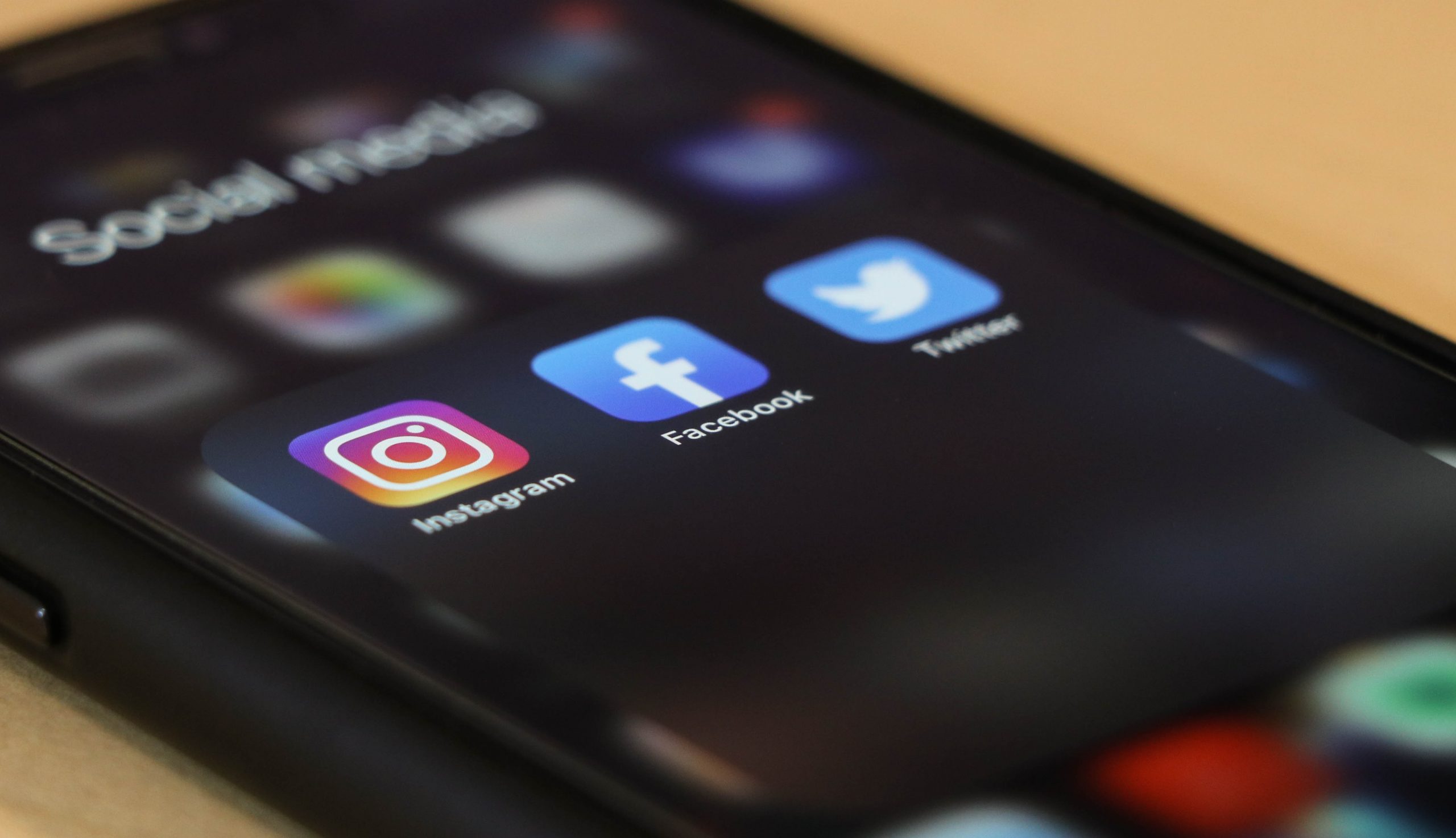 Among the many tragedies that COVID has wrought on the world is the sudden halt of grassroots, volunteer organizing amassed around the Bernie Sanders 2020 campaign. Tens of thousands of people descended on Iowa, New Hampshire, California, and Nevada to deliver significant primary victories for the senator, and many more were preparing for a protracted fight through the convention. But overnight, most political organizing was relegated to Zoom calls or phone banking.

Of course, this didn’t mean an end to political organizing. Calling voters and conference calls both had pre-COVID lives. But, more importantly, another wave of democratic socialists won seats across all levels of government, workers pushed for strikes, and the movement for Medicare for All has continued growing. The pandemic also didn’t stand in the way of protesters pouring into the streets last summer in response to George Floyd’s murder.

But after a year of lockdown and with the prospects of life after COVID around the corner, it’s worth reflecting on what effective online political organizing is. The Left, while stronger than it has been in half a century, is still remarkably weak. And building our power will require a great deal more outreach and institutional construction. For as interconnected as we all are online, our relegation to and reliance on this realm is wracked with problems; we’re simultaneously prone to the worst of “cancel culture,” decisions that should be democratic being sequestered to Slack channels or direct messages, and our message only reaching the feeds of the already convinced.

In short, much of our online organizing is highly limited. But that should be understood as a structural feature of the internet, not a moral or organizational failing of individuals. Until we have reason to believe otherwise, the bread and butter of socialist political organizing still requires challenging capital in the workplace and at the ballot box.

Where the Left has seen the most growth online, however, is in its output of popular media as a means of providing education on our political and economic system. This is something we should continue to build on and refine to better compete with our opponents in both corporate and right-wing media.

Socialists must carry out political education for an obvious reason: not everyone today who would benefit from socialism is currently a socialist. Under capitalism, people’s basic human needs aren’t easily realized. People inherently know that they need treatment when they’re feeling sick or that grueling work conditions are strenuous and exhausting. But we don’t inherently know the best political prescription to change those conditions.

Socialists believe that the answers to our health needs or strenuous workplace conditions are policies like Medicare for All and working-class institutions like unions. But we have to convince others that these are not only the correct political prescriptions, but that they are also obtainable. That’s a steep hurdle, because the logic of our economic system organizes capitalists and disorganizes workers. People will be less inclined to support or join our campaigns if we don’t make a credible case for how our political path will ultimately lead to our collective betterment.

On top of this are the many entities invested in preserving the status quo. As we saw during the Bernie campaign, corporate media spends an incredible amount of resources to slander left political alternatives and naturalize the current political and economic order as fixed and just.

Legacy media remains a propagandistic juggernaut, but its reach has narrowed in recent decades, with the most popular news programs recording regular audience viewership of around 3 or 4 million, which in the United States means low single-digit percentages of the population. Social media, for the most part, is also a fairly siphoned-off part of the population, but one that skews younger and more well-off.

But more striking is that, according to a pair of political scientists at Stony Brook, 85 percent of Americans “follow politics casually or not at all” — meaning that as little as 15 percent of the population is truly tuned into the political spectacle. Interestingly, many of those who considered themselves to be in that tuned-out 85 percent also considered the minimum wage to be far too low.

Left media, therefore, must debunk or rebuke the claims made by corporate media, not because people are under the spell of “false consciousness” but because their lives as wageworkers greatly diminishes their available time and attention to either the news or an analysis of the complex structures that govern their lives.

The history of social democracy shows the importance of a healthy left-intellectual culture created by and for the working class. Daily newspapers attached to left political parties and trade unions, theoretical and strategic journals, and a wide range of cultural and hobby-specific outlets became commonplace within just about every country with a socialist political presence.

In the last five years, we’ve witnessed a similar explosion of new media that’s self-consciously left of liberalism. Thousands of YouTubers and podcasters are making the case for a society beyond capitalism or fostering microcommunities and audiences based on a shared anti-capitalist ethos. A few of them, like The Hill’s Krystal Ball and Kyle Kulinski, are regularly reaching hundreds of thousands of views per video. (We at Jacobin strive to do the same shortly, so hit like and subscribe.)

But aside from style or packaging, political education has a dual purpose. The above-mentioned media principally focuses on adding more commentary and explainers to the pile of what your ordinary, non-hyper-politicized individual might come across. This remains an essential task for the Left: our large, atomized society needs our ideas packaged and articulated in a way that speaks to people’s immediate political needs and understandings. We should see our task as breaking through the noise to frame everyday life with specific political questions — these are the causes of our miseries, here are their effects, and these are our possible political actions. In other words, to make the case for understanding events through a socialist worldview as opposed to a liberal or any other worldview.

Growing out of this, our second function is to foster a healthy, dynamic intellectual culture for those who are more actively “on the Left.” In lieu of our own political party and in a post-Sanders-presidential-run world, it is crucial to build life rafts of undogmatic, materialist, and universalist worldviews so that we better understand how to properly craft political arguments and develop actions to change society.

Unfortunately, in our current moment, the Right is better at new media than the Left. This is in part because its defense of the ruling order grants it greater institutional access to funds and resources. But various grassroots hucksters and charlatans also prey on people’s alienation. It’s not surprising that massive rollbacks to the welfare state, rising inequality, and the destruction of civic life have fostered reactionary responses, or that these messages have spread like wildfire on forums built for lonely people to connect.

For that reason and others, we should recognize that the actual architecture of the digital spaces we organize within is not built for us. Quite the opposite: it’s monopolized by corporations concerned with maximizing profits. In practice, this means they encourage inflammatory content meant to drive clicks and views, while substantive discourse gets lost.

Minimally, we can say that social media can be used instrumentally, such as in the 2018 West Virginia teachers strike, but its usefulness as a tool only goes so far. What happens when the platform owners decide left or labor political organizing doesn’t meet their community guidelines? What happens if the workers in the most strategic locations of the economy miss your content because of their curated algorithms? Or what if they just never search or log on in the first place?

We must do political education as part of our organizing, and we must do it online. But online propagandizing is something very different than participating in a political campaign meant to activate the currently inactive. Online organizing, both because of its removal from sites of power and because of its deeply antisocial configuration, is not capable of building the kind of solidarity or coordination our politics demand.

While political education is a necessary part of left organizing, advocacy alone cannot substitute for active campaigns in elections and workplaces. Before Bernie Sanders entered the mainstream, the American left was cloistered in universities or highly insular “vanguard” organizations, integrating new members by the ones and twos and playing little role in US politics. These groups’ small size had more to do with their methods of reaching working people than working people’s rejection of worker power or better living standards.

But the twin Sanders campaigns instead not only informed the masses that most of their neighbors agree that our health care system is rigged, but also outlined a credible plan to fight for Medicare for All and similar demands like free public college and forgiveness of student and medical debt. The boost in online left media, much like the growth in activist organizations like the Democratic Socialists of America (DSA), cannot be explained without reference to the massive leap forward brought about by Sanders.

But now, a year after Sanders’ five-year war, the Left has not yet constructed anything that matches the size or reach of these presidential campaigns. This lopsided development between left media and left organizational capacity has inevitably led to some conflation between political advocacy and action. A Twitter feed does not constitute a substantive political constituency.

This has to do with some age-old truths on the Left: power in capitalism is pooled in the centers where profit is created, and coalitions are created through struggle. This is why the socialist focus on the working class has endured for 150 years. And it’s why users on the internet don’t have the structural means to wield collective power in any way similar to a strike or work stoppage.

The fight for socialism requires building solidarity, particularly with those workers who have their hands on the levers of the most strategically important centers for profit-creation. The present challenge for the American left — which is, much like the Left throughout the developed world, primarily confined to the middle class — is to reintegrate itself and its project with the working class. At points that may mean middle-class people entering into the working-class workforce; at others, it may mean devoting resources and energy to supporting existing working-class fights. As Leo Panitch, Sam Gindin, and Stephen Maher argued,

Only by directly engaging with their defensive struggles will it be possible to win committed working class support for the need for democratic control of investment decisions and economic planning so central to finding solutions to the interlinked environmental and socio-economic crises of our times.

At a much smaller level, recent events at the Hunts Point Market strike appear to confirm this. Teamsters went on strike for a $1-an-hour wage increase, and to the members’ surprise, the NYC-DSA, along with Rep. Alexandria Ocasio-Cortez, turned up in force on the picket line, bringing with them food and resources. The outcome: a successfully negotiated new contract with a wage increase. The socialist presence on the line surely wasn’t the determining factor in the strike being successful. But it is among the actions necessary to once again embed the Left within the working class.

Our video and media creations, at their best, serve as initial points of contact for our ideas that can be called upon in the course of actually holding conversations or building relationships with people we’re trying to win over to our side. But as Amber Frost has argued, “any use of the internet for movement-building should be considered with the ultimate goal of social media’s obsolescence, and its supplantation by unions, parties, and political organizations.” We should remain mercenary about such technology, using it insofar as we find it effective toward historically proven means of building worker power.

Tech Tracker rounds up what’s happening in the technology sector of the restaurant industry, including news from restaurants, vendors, digital … END_OF_DOCUMENT_TOKEN_TO_BE_REPLACED