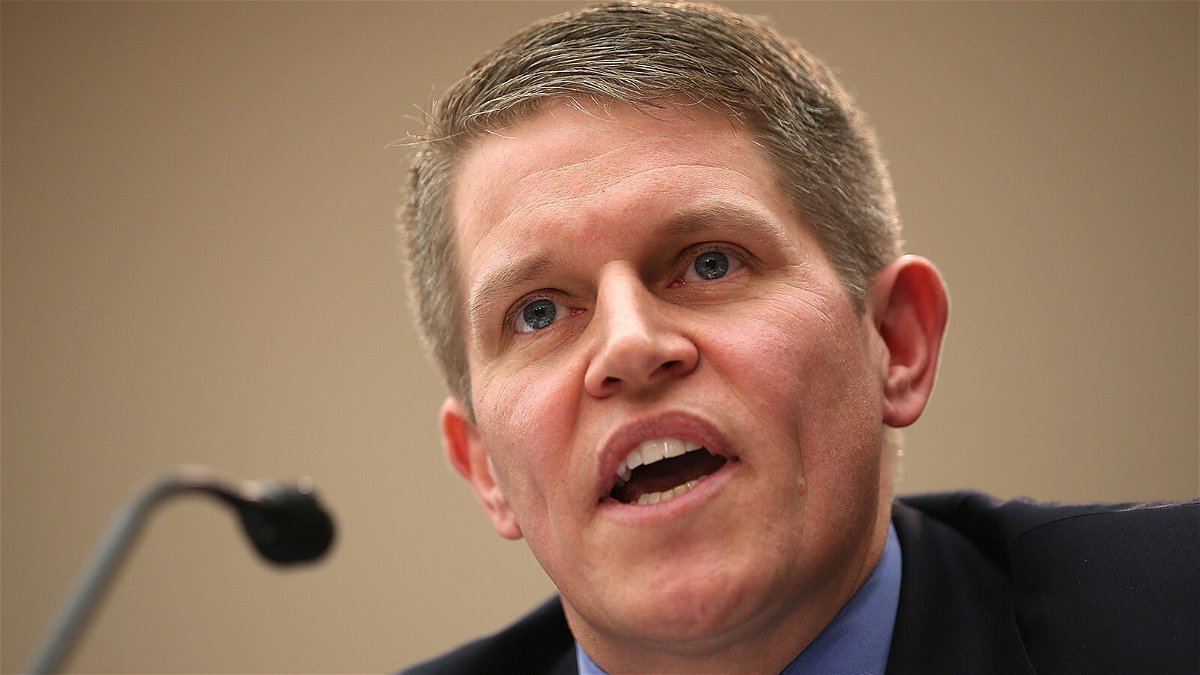 Top Democrats are quietly moving to lock down support for President Joe Biden’s imperiled nominee to head a key agency overseeing firearms — while also struggling to find consensus on a slimmed-down bill to expand background checks for gun sales — the latest example of how the politics of gun control remains a divisive subject in the narrowly divided Congress.

Biden nominated David Chipman to head the Bureau of Alcohol, Tobacco, Firearms and Explosives in April, seeking the first Senate-confirmed director of the agency since 2015 and just the second in its history. But Chipman — a career official at ATF for 25 years and more recently a top adviser with Giffords, a group that advocates for stricter gun laws — has come under fire from the National Rifle Association, turning off some moderate Republicans and causing some squeamishness among centrist Democrats.

Chipman has privately been holding one-on-one meetings with wayward senators to assure them he respects the Second Amendment, planning a meeting with GOP Sen. Lisa Murkowski of Alaska on Wednesday, meeting with independent Sen. Angus King of Maine on Monday and even meeting with pro-gun groups in West Virginia and GOP Gov. Jim Justice at Sen. Joe Manchin’s request.

Some are still not sold.

“The issue is whether he’s the right guy for the job,” King, who caucuses with Democrats, told CNN on Tuesday. “My question is whether he can be an effective director. I haven’t decided yet.”

Republican opposition is stiffening, with King’s Maine colleague, GOP Sen. Susan Collins, announcing her plans to vote against the nomination, underscoring the likelihood that Democrats need to keep all 50 of their members united to see the nomination confirmed.

The first key procedural vote — to discharge the nomination to the floor after it deadlocked in the Senate Judiciary Committee last week — could happen as soon as this week, Democrats say.

“We’re still working on it,” Manchin said when asked Tuesday if he’d back Chipman, adding that they had a “very candid conversation.”

The issue comes amid a rise in mass shootings in the United States and as Democrats have been trying for months to draft legislation aimed at overcoming GOP resistance to measures aimed at curbing the use of guns. The House approved two bills to expand background checks on firearm sales, including one to do so on private and commercial transactions, but that lacks the support of moderate Democrats like Manchin and Sen. Jon Tester of Montana.

Senate Majority Leader Chuck Schumer has promised that the two House-passed bills will get a Senate procedural vote — but he has pushed his colleagues to find consensus on a new deal that could get all 50 Democrats on board, even as they may still lack 60 votes to overcome a GOP filibuster.

Behind the scenes, two Connecticut Democrats — Sens. Chris Murphy and Richard Blumenthal — have each worked on separate legislative efforts to deal with gun violence.

Murphy has been trying to find GOP support for a slimmed-down background checks bill that would be even narrower than the bill Republicans blocked in 2013 — after the massacre at Sandy Hook Elementary School — to require checks for sales at gun shows and across the internet but exempt private transfers.

That bill, drafted by Manchin and GOP Sen. Pat Toomey of Pennsylvania, stands little chance of passing the 50-50 Senate. So Murphy has been trying to see if there’s consensus with Republicans on a bill to expand checks at gun shows — leaving aside internet sales — in order to pass some gun bill this Congress.

Murphy has been in talks with Manchin, Toomey and GOP Sen. Lindsey Graham of South Carolina to see if they can cut a bipartisan deal. But the Democrat says it’s still an open question whether there are 60 votes “for anything meaningful” on closing the so-called gun show loophole and dealing with “a couple other issues.”

“The feeling is it might be a little bit easier for Republicans to support because it’s a real defined universe,” Murphy said of focusing mainly on gun shows. “So we’re not there yet.”

Blumenthal is trying to see if there’s a deal with Graham on a bill to bolster so-called red-flag laws that would empower states to remove guns from individuals deemed mentally unfit. But both Blumenthal and Murphy acknowledged that it seemed doubtful that a vote on gun legislation could occur before the August recess — given that action will be dominated by infrastructure over the next few weeks.

“I’m not sure it’s on the front burner right now,” Blumenthal said.

But the fight over Chipman’s nomination could come to a head within days.

Democratic Sens. John Hickenlooper of Colorado, Jeanne Shaheen of New Hampshire and Kyrsten Sinema of Arizona said they are still reviewing the nomination. Sen. Gary Peters, a Democrat from Michigan, told CNN he has not spent time yet deciding whether he would vote for Chipman.

“I haven’t made a determination yet,” Tester said.

Democratic leaders said they are whipping the nomination to see if they can get 50 votes.

“I would say there’s a hesitation, but it’s understandable,” said Senate Judiciary Chairman Dick Durbin, an Illinois Democrat, referring to his members. “This man will only be the second director of the Alcohol and Tobacco, Firearms agency in its history. It’s notorious for being vacant at the top, and I think that was a specific strategy for the gun lobby. They don’t want this agency to do its work.”

Durbin added that Chipman is a “gun owner and his achievements I think are clear. He respects the Second Amendment, he just wants to stop the crimes of guns.”

Chipman has reiterated that message in his private meetings. And on Tuesday, he won the support of Democratic Sen. Maggie Hassan, who is facing reelection in New Hampshire and announced she would back his nomination.

Winning over Republicans remains an open question. Toomey declined to comment on Tuesday, saying he planned to put a statement out on the nomination.

Complicating the vote for Democrats is that Chipman has faced a series of tough blows from hunting and sportsman groups like Ducks Unlimited who have argued that his views on an assault weapons ban are too extreme for the job.

“This is the first time I have seen such a broad array of sporting groups, conservation groups like Ducks Unlimited come out in opposition to a nominee. That shows how divisive he is,” Collins said.

But Democrats believe ultimately he will get the job.

“He still needs to answer some questions and concerns, but I am confident he is going to have 50 votes on the floor. This is a mainstream nominee, someone who knows the ATF backwards and forward. It would be a gift to the gun lobby if somebody with that kind of qualification wasn’t supported by the Democratic caucus,” Murphy said.

CNN’s Ali Zaslav and Morgan Rimmer contributed to this report.

Apple Inc. has scaled back ambitious self-driving plans for its future electric vehicle and postponed the car’s target launch date by about a year to … END_OF_DOCUMENT_TOKEN_TO_BE_REPLACED