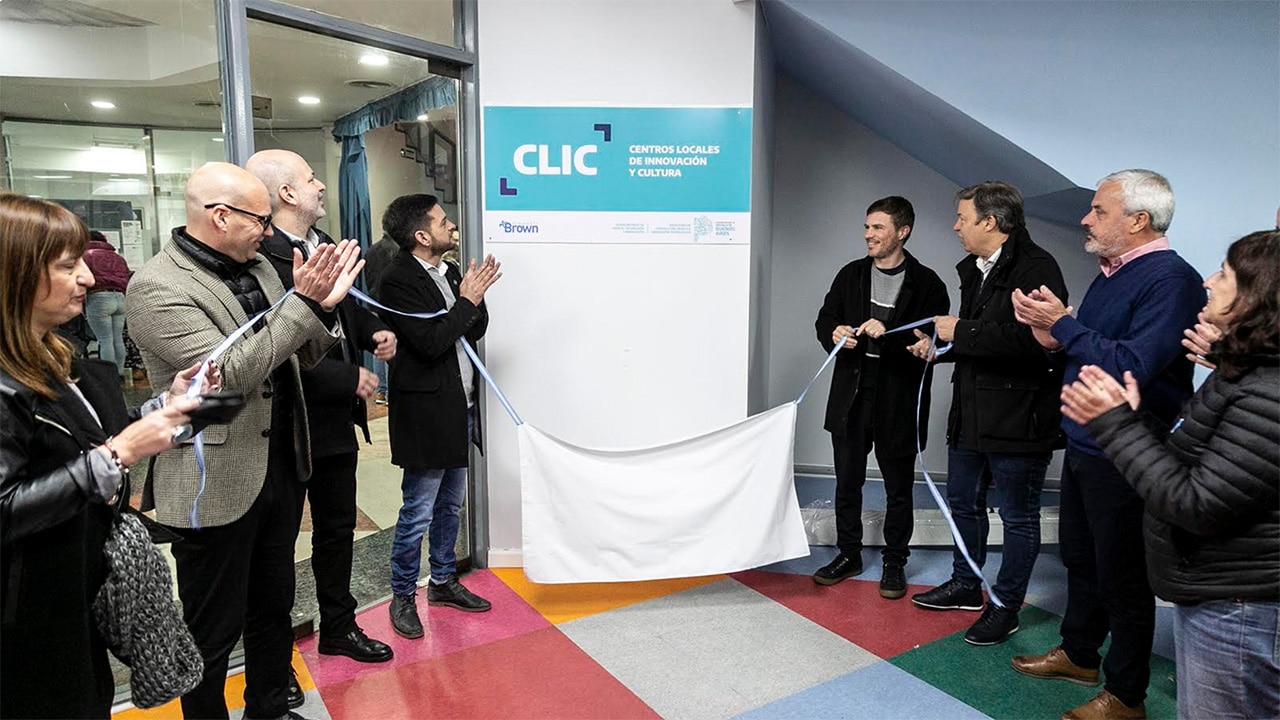 Minister of Production, Science and Technological Innovation of Buenos Aires, Augusto Costa, and interim quartermaster of Almirante Brown, Juan Fabiani inaugurates “Espacio Clique” in the House of CultureWhere students and members of the productive sector of the district will have a vision for the world of knowledge economy, digitization and data generation.

Brand new location a. inspired through tripartite agreement between the municipality, which provides logistics, Guillermo Brown National University, which focuses on training, and the provincial portfolio of production, science and technological innovation,

“In this space, various activities will be developed along with schools and productive sector to promote the democratization of knowledge and the generation of technical knowledge,” said the provincial deputy. Mariano Cascalares, who also attended the event.

Meanwhile, Juan Fabiani thanked the work expressed with the Provincial Ministry of Production, Science and Technological Innovation for continuing to “promote education and learning in technical matters”.

Lastly, Costa underlined his pleasure at launching a new location, this time in Almirante Brown, as the program seeks to strengthen research and innovation capabilities so that as many people as possible in Buenos Aires can reach and train “

launch of CLIC Almirante Brown will allow to consolidate the expression of objectives of the areas of education, production and vocational training of the municipality, In association with Guillermo Brown National University.

Under Secretary of Science, Technology and Innovation of the Province of Buenos Aires, Federico Aguero also participated in the activity; The president of the school council, Maria Marta Silva, and the local secretary of education, science and technology, Sergio Pianciola.