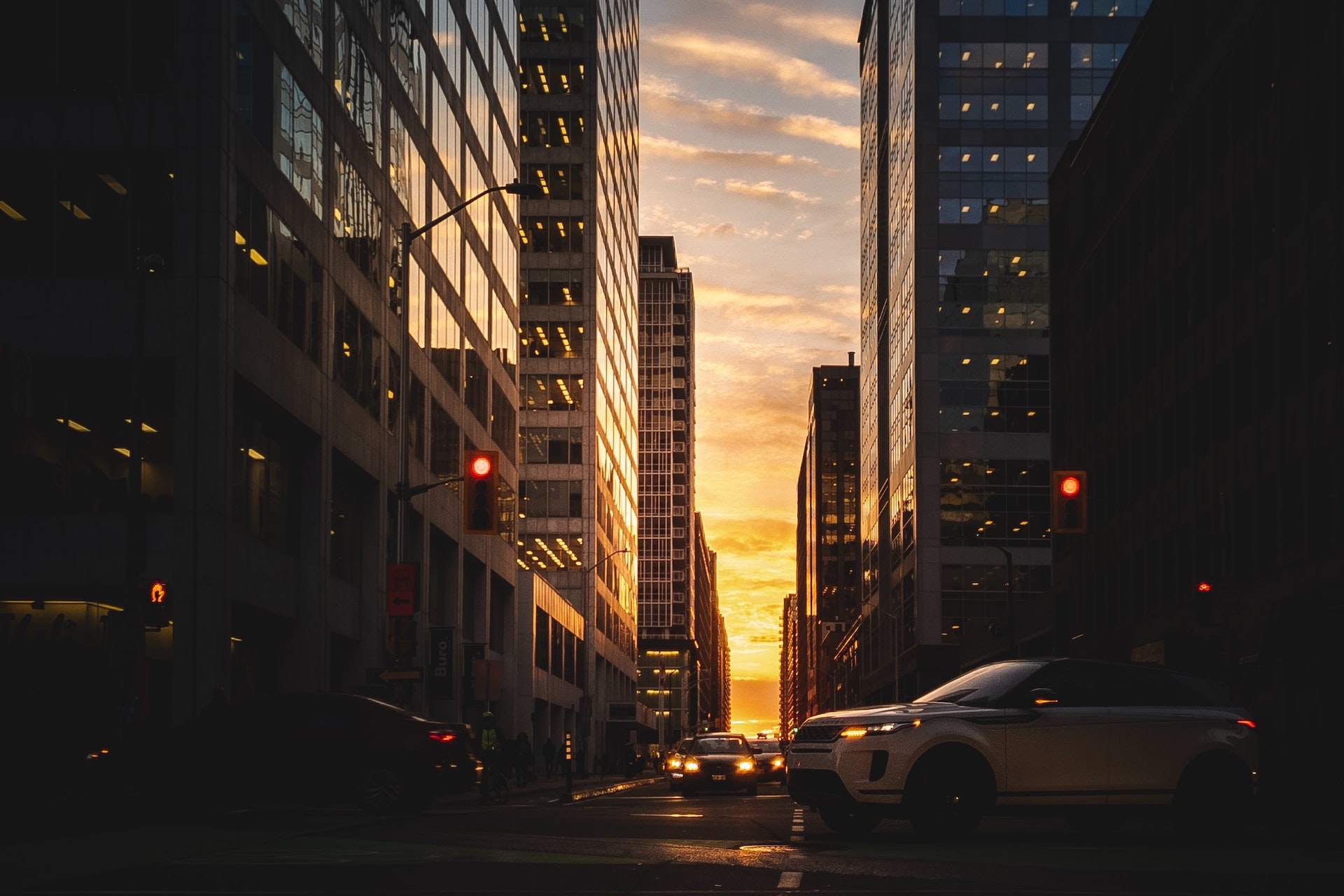 Canada’s real estate bubble went from a small localized problem in pricey cities to a country-wide failure. Excessively long use of low rates from the Bank of Canada (BoC) drove tens of thousands of excess home sales over the past two years. Now that rates are rising, purchase volumes have suddenly cratered and prices are beginning to come back down to normal. Just how many excess sales did the BoC stimulate? Let’s crunch the numbers, but first we should explain the how and why monetary policy influences sales.

The explanation isn’t just out of the blue. Earlier this week BMO Capital Markets shared this chart:

The bank was explaining that rising rates have brought sales back to historic levels, and excess sale volumes are gone. That brought in a lot of emails since the concept of an “excess sale” is odd when there’s a housing shortage. This is a misunderstanding since the average person typically doesn’t know how monetary policy and inflation work together to influence the purchasing cycle.

Everyone seems to know that low interest rates influence home sales, but an understanding of how is lacking with many. Let’s fix that.

Investors also see this practically free money, creating an opportunity. They now have greater incentive to consider real estate investment (or expand their investments), since lower costs mean greater odds of profitability. Some of this demand is pulled forward from people who considered doing it later, but some of it is entirely new. Pulled-forward and incentivized demand are very different buyers but act together as a stimulated cohort.

At the same time, the market already had a cohort ready to buy. This group saw their interest costs fall and their budgets expand. Those who pull the trigger fast enough get a sweet deal — they just pay less interest. However, they’re about to compete with the stimulated demand cohort for the same amount of inventory. Good thing they have larger budgets, since they’re going to need it.

How does this create inflation? Central banks know they can create demand faster than supply chains can respond. Overrunning supply is the intended goal, since they need excess demand to drive a non-productive increase in price, a.k.a. inflation. It’s non-productive because it serves the same purpose, but it costs more.

Falling rates not stimulating enough demand? Then the central banks use a tool called quantitative ease (QE). This is when the central bank buys bonds competitively on the market to drive up the cost and drive yields lower. No investors would overpay for a bond that yields very little, with the exception of a taxpayer-backed state. Since credit markets are competitive, falling yields lead to lower borrowing rates for things like mortgages.

Explaining this sometimes gets some people in a fit, so don’t trust me on this one. Let’s refer to BoC itself:

“When the Bank buys government bonds of a given maturity, it bids up their price. This, in turn, lowers the rate of interest that the bond pays to its holders. When the interest rate on government bonds is lower, this transmits itself to other interest rates, such as those on mortgages and corporate loans.”

QE creates the same impact of falling rates, applying more pressure to the stimulated and existing buyer cohorts. It also has a new dynamic — they’re intentionally trying to flood the market with capital to destroy fixed income returns. They want investors to look for other areas of investment, driving the capital elsewhere.

Since they were driven out of the fixed-income market, many are just looking for fixed and reliable payments. With interest costs at zero, a comparable is rental yield, causing many institutions and retirees to turn to housing as an investment. It’s more problematic when it’s institutions, but it creates the same behavioral pressures — even more demand and trying to turn would-be buyers into regular yield payments (renters).

Great, more investment competition to drive prices higher… but even better. The higher inflation goes, the more aggressive yield-seeking real estate investors need to be on the other side of the trend. That means not just higher prices that are passed on as rent, but more aggressive displacement to keep up with inflation.

Excess Demand Doesn’t Mean There Are Too Many Houses, It Means A Disorderly Flow of Home Sales

The term “excess demand” triggers a lot of people despite it being a core part of monetary policy, so let’s explain it. Excess refers to a disorderly flow and stimulated demand for the purposes of creating price inflation. The current cohort buyer was going to buy a home without competition from the simulated cohort. Pulled-forward demand was going to buy later, but the competition was created to intentionally drive prices higher. The pull-forward demand is excess.

There’s less efficient use from the investors. Not traditional real estate investors that use boring stuff like spreadsheets to determine if they can find optimal yield. We’re talking about investors that wouldn’t have existed if price growth wasn’t surging so fast from the stimulated demand. These are often investors that have negative cash flow — not collecting enough rent to cover the mortgage cost. However, the price appreciation offsets the loss (and then some) in many cases. They capitalize on the short-term increase due to competition for the homes, including their own contribution to demand.

Once again, excess demand doesn’t refer to the need of the housing — it’s a reference to stimulated, disorderly flow intentionally used to raise prices. People get frustrated when banks like BMO use the term, but it’s a banking term. It’s a core concept of monetary policy and finance to stimulate “excess” demand. Now, let’s talk about excess demand.

The BMO chart largely marks the positive flow as excess demand, but some of that demand was delayed. From April 2020 to April 2022, existing-home sales in Canada work out to just over 262,600 homes. That’s roughly 1 in 5 existing-home sales over that period, working out to an excess dollar volume of $181 billion. It’s absolutely bonkers how much demand was driven by the central bank.

The number of homes in excess or below the trend of Canadian existing-home sales. Positive numbers are excess units above the trend and negative numbers are a deficit, typically following periods of excess demand.

It even set off alarms halfway through that period. In February 2021, the BoC Governor was asked if the market was overheating. “I think right now the economy is weak… I think we need the support. We need the growth we can get,” replied the Governor.

The excess of home sales was roughly 84k at this point, and inflation was within the band of tolerance just over 1 point. By April 2021, inflation breached the upper band to hit 3.4% but that was considered transitory. They used QE to continue to drive inflation (and excess housing demand) right up to October 2021. CPI hit 4.7% and they were still trying to create more inflation. It takes about 18 to 24 months for monetary policy to slow down, and requires a shock if they overshoot. Whoops.

Isn’t it odd how high inflation is read as transitory but low inflation was definitely not. Even though inflation fell due to initial public health restrictions limiting the ability to consume goods, it was a precise measurement that needed to be addressed immediately. Funny how that works.

How much did Canada’s economy benefit from these excess existing-home sales that crushed budgets? Buying an existing-home doesn’t create GDP, but it does generate spin-off activity. The services used, commissions, lawyers, etc. Then there’s furniture, paint, renovations, etc.. It’s expensive to buy a home, even beyond the cost of the home and it generates substantial economic value.

Just how much was the value of the excess, market-distorting sales? Using industry estimates for the excess numbers, it works out to roughly $15.8 billion in GDP spin-off activity. It sounds like a lot but you’re talking about a third of Q1 2022’s interest payments. It’s about 0.8 points of short-term GDP gained.

How bad was this trade-off? Epic short-term thinking. A US Federal Reserve study found a 1 point increase in the household debt-to-GDP ratio reduces long-term GDP growth by 0.1 points. From Q1 2020 to Q1 2022, the national statistics agency estimates currently show the ratio climbed 2.4 points. A quarter point of long-term GDP lost perpetually for a brief 0.8 point increase.

That’s before we add in the fact debt was artificially cheap and GDP was boosted by a squeeze in oil prices. The next quarter is most likely to show an even bigger jump. It’s also before factoring in that a household now needs 64% of income to service the mortgage on a typical home, meaning debt problems are going to get worse.

Hey, they didn’t get the housing call right and produced excess demand. At least they nailed inflation in general, right? What? Why does everyone look so stressed?