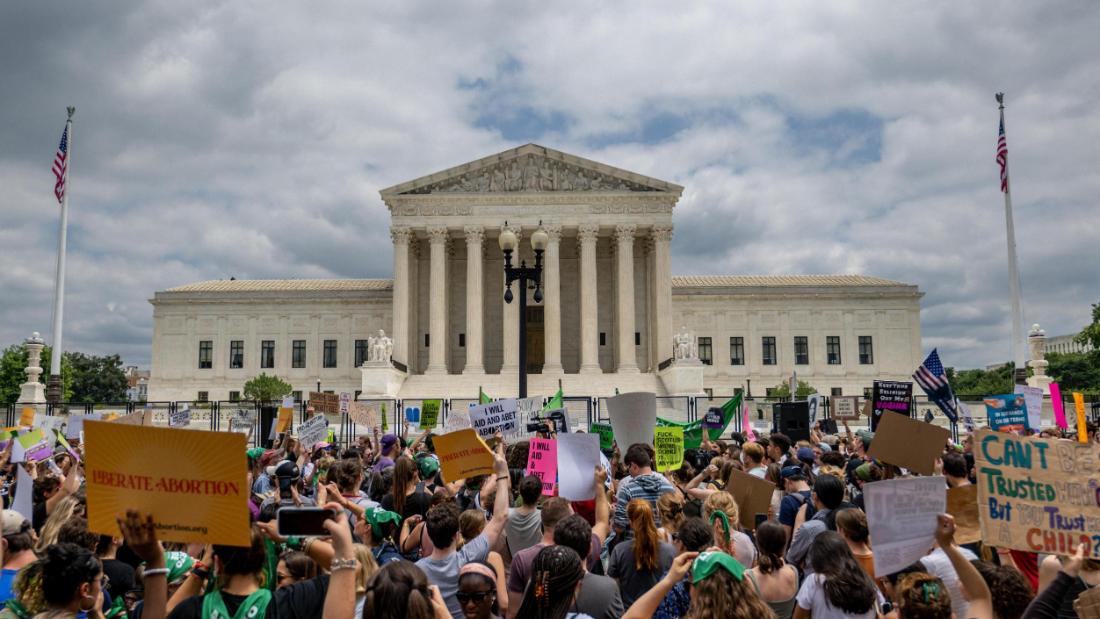 In the weeks since the Supreme Court’s ruling, we’ve seen a first wave of polling trying to gauge where voters’ priorities now lie, and what that might mean for the upcoming elections. Early results suggest that concerns about abortion and women’s rights have surged, with Democrats’ attention particularly drawn to the issue. At the same time, they find the majority of voters’ focus has so far remained elsewhere.

What voters care about, and how those priorities influence their decisions, is too complicated to be fully captured in a single poll question. The degree to which voters personally care about an issue is different from the question of whether that issue will be decisive in an election, either by motivating someone to vote when they wouldn’t have otherwise, or by convincing them to vote for a different candidate than they would have otherwise. But comparing the answers to different questions can provide a broader, more nuanced, picture.

Here’s a look at several ways pollsters ask about election issues, what they can — and can’t — tell us about public opinion, and what some early data might suggest about how the aftermath of the Roe decision has played out so far.

What it can tell us: Voters tend to be pretty magnanimous about deeming individual issues worthy of their attention. In a CNN poll earlier this year that asked about 11 different possible issues that might come up in the midterm elections — ranging from inflation to Covid-19 to climate change — each topic was considered “very” or “extremely” important by a majority of voters. (That’s also a tendency frequently exploited by advocacy groups to make the case that the public is deeply invested in whichever specific policy they’re hoping to enact.) But comparing the numbers between issues can help shed light on relative priorities. In that CNN poll, for instance, 59% of registered voters called the economy extremely important to their vote, while just 30% said the same of climate change.

The question can also expose meaningful divides or trends on an issue, revealing, for instance, that people who support a policy care much more about it than those who oppose it do, or that the share of people who care deeply about a topic has risen sharply in a short period of time.

What it says on abortion: In a post-decision New York Times/Siena College poll, a 61% majority of registered voters say abortion will be extremely important to their vote. In the same poll, however, similar shares call crime (63%) and gun policies (65%) extremely important, with roughly three-quarters saying the same about the economy (76%), and about inflation and the cost of living (78%). A 77% majority of Democratic voters called abortion extremely important, compared with half of Republican voters.That survey doesn’t offer a historical trend. But a Gallup survey conducted earlier in June, prior to the Court’s ruling, suggests that abortion had already gained new relevance with the electorate following the leaking of the draft decision in May, even as it remained less of a broad concern than other topics. In that poll, 42% of Americans called abortion extremely important to their vote for Congress, modestly below the 52% who called gun policy extremely important, and the 53% who said the same of the economy — but much higher than in past surveys.

As Gallup’s Lydia Saad and Megan Brenan noted, “The importance of gun policy and abortion to vote choice are by far the highest on record and may now be even higher given the events that transpired after the poll was completed.”

What it can tell us: Forcing people to choose which issues are at the top of their minds might be something of an artificial constraint — plenty of people care about multiple facets of American politics — but it also helps to give a sharper sense of where voters’ priorities lie at the time of the survey, and how they vary between blocs. Responses to this question also frequently reflect which issues campaigns are choosing to prioritize, and the extent to which those efforts are resonating with the public.

What it says on abortion: An AP-NORC poll, conducted the week of the Supreme Court ruling, managed to capture the immediate effects of the decision: 43% of the interviews were conducted prior to the ruling, and the remainder afterward. Among those polled pre-decision, 13% named abortion or women’s rights issues as among the top five problems they wanted to see the government work on — already an elevated number compared with much of the past decade. Among those surveyed after the Court’s ruling, the number naming abortion or women’s rights climbed to 30%. The overturning of Roe also instantly widened the partisan intensity gap on the issue, the AP-NORC poll found. Prior to the decision, Democrats were 9 percentage points likelier than Republicans to list abortion or women’s rights as a top issue (18% vs. 9%). In the days following, that gap rose to 28 points (42% vs. 14%).

Even fewer voters, however, call abortion their No. 1 concern. In the New York Times/Siena poll, just 5% of registered voters name abortion or women’s rights as the single most important problem facing the country, ranking it behind the economy (20%), inflation (15%), democracy and political divisions (11%) and gun policies (10%).

THE QUESTION: Litmus test (for instance “Thinking about how this issue might affect your vote for major offices, would you only vote for a candidate who shares your views, consider a candidate’s position as just one of many important factors when voting, or not see it as a major issue?”)

What it can tell us: More than the questions about priorities, the litmus test question attempts to understand the way a specific issue is likely to play into voters’ actual decision-making processes, asking them to decide whether or not it’s important enough to play a determining role in their choice. Even that question, however, is more complicated than it might seem. For one thing, increased ideological cohesion among both politicians and ordinary Americans mean that most voters’ views on a given topic are often likely to match up with the party they’d be voting for anyway. What it says on abortion: In a post-decision PRRI survey, 32% of Americans say they’d only vote for a candidate who shared their views on abortion, up from 20% in a 2020 poll by the group. The partisan balance on this question has reversed, as well. Two years ago, Republicans were 15 points likelier than Democrats, 32% to 17%, to say they considered abortion an electoral litmus test. In the most recent poll, by contrast, the Democrats were 12 points more likely than Republicans, 43% to 31%, to say so.

It’s worth taking a closer look at which Republicans and Democrats now consider abortion a pivotal issue. In data provided by PRRI, the share of Americans viewing abortion as a litmus test was highest among those whose views were aligned with their party: 46% of Democrats who generally favor legal abortion and 39% among Republicans who generally oppose it, compared with just 16% among the Republican supporters of abortion rights. (There are too few anti-abortion Democrats to examine those numbers separately in the survey.) Among political independents, similar shares of abortion rights supporters (26%) and opponents (23%) say they’d only vote for a candidate who shared their views on the issue.

THE QUESTION: Relative likelihood of voting (for instance “Does the news about this issue make you more or less likely to vote in the upcoming election?”)

What it tells us: While the litmus test question aims to capture how likely people are to base their vote solely on a particular issue, this question attempts to gauge how the latest news about an issue might affect people’s likelihood of turning out to vote at all.

Unfortunately, it’s not a simple or intuitive question. To answer it literally, respondents would have to work through a series of complicated mental math: remembering how likely they’d previously thought they were to vote, considering the impact of the news on their motivation level, and calculating the relative difference (“before, there was only a 76% chance that I’d vote, but now it’s 83% at least!”)

Perhaps unsurprisingly, then, people don’t tend to answer it literally. Inevitably, some people who were already certain they’d vote will say they’re “more likely” to turn out — even though what they really mean is something more along the lines of “I’m planning to vote, and I care about this issue.” To actually measure an event’s effects on voter enthusiasm or choice, it’s more effective to look at polling trendlines for questions that ask more generally about how invested voters are in the election and which party they’re planning to vote for. If there’s a meaningful inflection point, it should be pretty obvious. What it says on abortion: Following the decision, an NPR/PBS NewsHour/Marist poll (which didn’t give respondents an explicit option to say the ruling wouldn’t affect their chances of voting) found that 62% of voters said it would increase their likelihood of voting. By contrast, a CBS News/YouGov poll (which did give respondents a chance to say it wouldn’t change anything) found that just 33% of adults said it made them more likely to vote.

That disparity is a good reason to take those answers with a grain of salt. But it is worth noting that in both questions, Democrats were significantly likelier than Republicans to say the issue increased their chances of voting. That doesn’t necessarily predict much about turnout, but it’s yet another sign that this issue is one that’s resonating far more strongly among Democrats.

Tech Tracker rounds up what’s happening in the technology sector of the restaurant industry, including news from restaurants, vendors, digital … END_OF_DOCUMENT_TOKEN_TO_BE_REPLACED