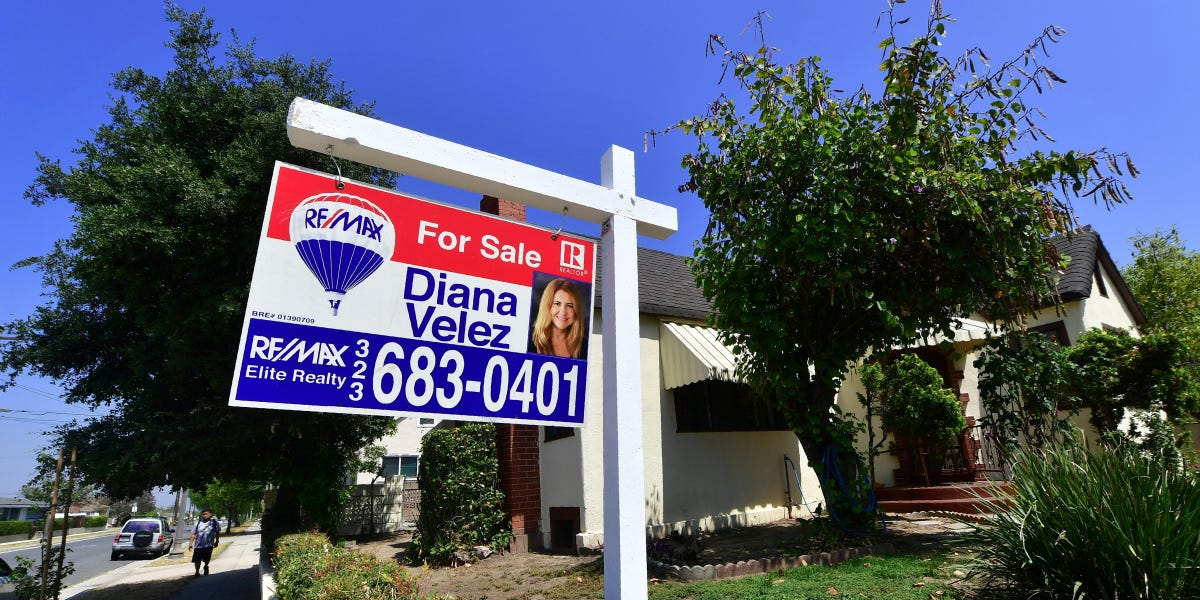 The median price for an existing single-family home in the US was up 14.6% year-over-year to $414,200 in May, according to the latest data from the National Association of Realtors (NAR).

That rise came despite the fact that existing-home sales fell 5.9% in April from the prior year, according to a July report from the NAR, in part because mortgage rates had leaped to 5.3% in May from a historic low of 3% in 2021 alongside a dramatic rise in interest rates.

A widely documented housing shortage in the midst of a pandemic-driven boom in moving is perhaps the main reason for the housing market’s strength, but that’s only part of the story.

Home prices have also been boosted by an influx of nearly $60 billion from international buyers, even though that sum accounts for just 2.6% of the $2.3 trillion spent in the market from April 2021 to March 2022, according to the NAR. Insider recently outlined several reasons behind the move, including the relative attractiveness of US homes and the loosening of travel restrictions.

The fact that foreigners resumed their spending spree on US homes after pulling back in 2021 is a green light for a market that some analysts believe is on thin ice. The NAR’s report reflects international buyers’ willingness to pay more than their domestic peers, indicating that they’re ignoring warnings from doomsday economists and still see US homes as a sound investment.

If international buyers saw a repeat of the 2008 housing market crash coming, they wouldn’t be funneling money into US houses — especially not right now.

It’s much more expensive than usual for foreigners to buy US goods because the US dollar has risen 10% this year compared to other currencies. That means that it takes more euros or pesos to equal a dollar than it previously did. The fact that international buyers aren’t fazed by this and still made all-cash purchases at an unusually high clip of 44%, according to the NAR, is telling.

The dollar has risen about 10% this year compared to other currencies.

Wealthy buyers that have the ability to make all-cash offers of just under $600,000, on average, aren’t the type to be suckers in a deal. Even though US home prices have been on the rise, an NAR analysis of the average price per square meter in cities across the globe led Yun to conclude that the domestic property prices are “comparatively inexpensive.”

“Notwithstanding the strong price gains in the US housing market, US single-family home prices remain affordable compared to the cost of a property in a central business district in other countries,” Yun wrote in the report.

Hunting for a house can be draining — especially as the market has heated up in recent years.

Competing against other hopeful homeowners as well as private-equity opportunists and those looking to set up an Airbnb side hustle is tough enough, but the prospect of out dueling foreign buyers with hundreds of thousands of dollars can feel like bringing a knife to a gunfight.

However, for most domestic buyers, suitors from abroad may not be too much of a threat, for two reasons, said Matt Christopherson, a senior research analyst at NAR who worked on the July report, in a recent interview with Insider: They’re still a relatively small sliver of the total market, and they’re largely competing at different price points than most single-home buyers.

“Yes, they’ve put in $60 billion, but it’s only about 2% of the total volume, and they’re less than 2% of home purchases,” Christopherson said. “So it sounds big, but it’s really a tiny drop in the bucket of purchases overall. The typical buyer, to be honest, doesn’t need to worry about them.”

Editorial IndependenceWe want to help you make more informed decisions. Some links on this page — clearly marked — may take you to a partner website … END_OF_DOCUMENT_TOKEN_TO_BE_REPLACED

Investors have remained skeptical as the main indices declined this year. The NASDAQ Composite tumbled close to 20 per cent in 2o22, and the S&P 500 … END_OF_DOCUMENT_TOKEN_TO_BE_REPLACED

A variety of cannabis companies shared their financial results this past trading week, offering investors a chance to inspect the health of the … END_OF_DOCUMENT_TOKEN_TO_BE_REPLACED