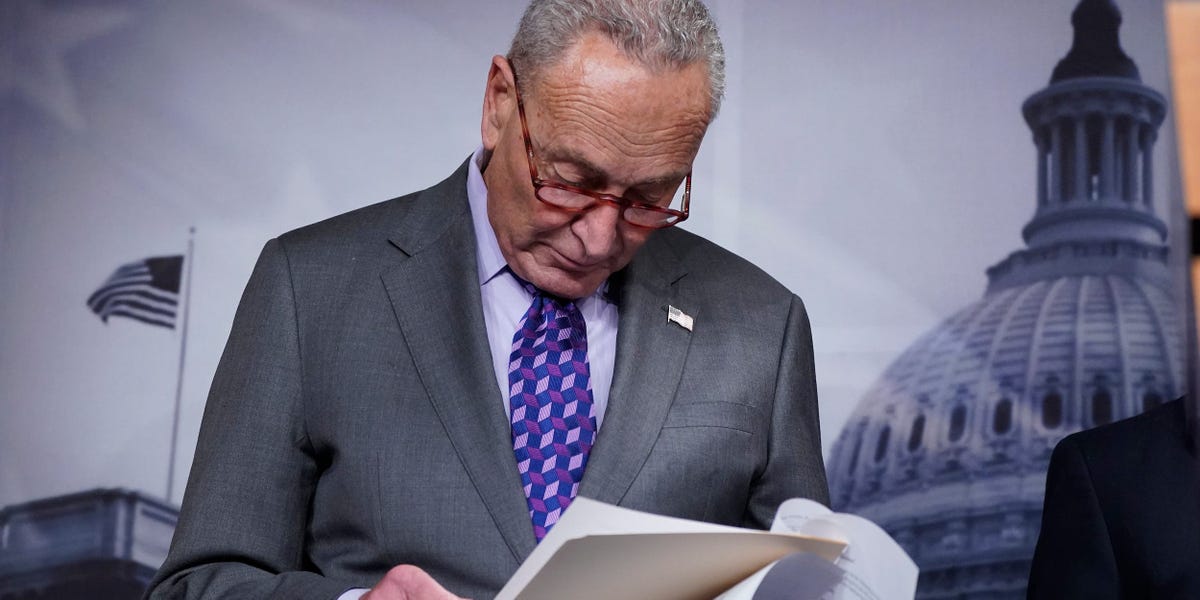 Last year, Americans could buy a house or rent relatively cheaply due to rock-bottom interest rates and pandemic-era deals meant to fill empty apartments. But that was only a brief reprieve from a housing market crisis brewing in the US for decades.

Soaring housing and rent prices made up a large portion of the increases in the latest inflation report released on Tuesday. Data from the Bureau of Labor Statistics shows that housing costs increased 0.7% in August after rising 0.5% the month prior. Americans are now paying 6.2% more for shelter than they did just one year ago.

Meanwhile, interest rate hikes have pushed mortgage rates to levels not seen since the housing crash of  2008 — and more hikes could be around the corner.

While Biden and Democrats have landed recent wins on student debt forgiveness, climate, and healthcare, Congress isn’t likely to provide relief on housing anytime soon. A growing to-do list has forced lawmakers to neglect housing affordability as a top issue.

“Nobody’s doing enough on housing, period,” Brown said. “And we’ve got to really scale that up.”

The federal government isn’t coming to the rescue

Despite calls to action, Congress has been absent from the conversation while the White House has tried pushing states and cities to overhaul their zoning laws using funding from last year’s infrastructure law. The executive branch has little power to directly solve the housing crisis, meaning it’ll be mostly up to Congress if they decide to tackle it.

“We already know that the appetite is there to expand subsidies and benefits for low-income households because all that money was included in the Build Back Better Act,” Paul Williams, the executive director of the Center for Public Enterprise, told Insider.

Within that plan, there was $25 billion to provide rental assistance, including housing vouchers. There was also a substantial amount of money to renovate eroding public housing and preserving rental homes for low-income families. Other measures like a bill from Democratic Rep. Ritchie Torres of New York to pump more cash into Section 8 vouchers for low-income families has stalled out.

“There’s all this chaos in the housing market,” Williams said. “And I think that what’s going to happen is some of it is going to bubble over and push Congress to do something.”

State governments also have their hands tied in some cases. Over 30 states have laws on the books barring cities and municipalities from establishing some form of rent control, according to the National Family Multihousing Council.

Mortgage rates are rising just as economic growth is slowing

The average U.S. fixed rate for a 30-year mortgage rose to 6.02% this week, according to a Thursday report from Freddie Mac. That’s significantly up from a pandemic low of 2.68% in December 2020, and marks the highest mortgage rate since 6.52% in 2008, a time when disarray in the US real estate market helped trigger a foreclosure crisis and a global recession.

“The combination of higher mortgage rates and the slowdown in economic growth is weighing on the housing market,” Sam Khater, Freddie Mac’s chief economist, told Insider. “Home sales continue to decline, prices are moderating, and consumer confidence is low.”

US homebuyer activity is fading fast. With housing affordability at a three-decade low, many Americans have been priced out of homeownership. Data from the Census Bureau shows a 12.6% drop in new single-family home sales through July and marks the slowest overall pace of sales since January 2016.

With fewer people purchasing homes, demand in the rental market is booming — it’s made rent even more unaffordable, reaching highs unseen since the 1980s. Although prices have tumbled in pockets of the country, many Americans remain rent-burdened as rents are 27% higher than they were just a year ago.

According to rent.com, the US median rental price for a one-bedroom unit came in at $1,721 in August. For Americans earning the national median income of $67,521 a year, the average rent works out to more than 31% of their pre-tax pay. That’s above what financial experts recommend budgeting for housing.

“Year-over-year increases continue at a steady pace, blowing past the 30% barrier for both bedroom types,” Jon Leckie, a researcher with rent.com, wrote in a rental report.

As housing costs weigh on wallets, American home buyers and renters are becoming increasingly worried about housing affordability. Even wealthy celebrities like Cardi B are throwing a spotlight on the sticker shock recently.

But for the near-term, the federal government is unlikely to come to the rescue.

Editor’s note: One in a series. Leading up to the Nov. 8 general election, the Appeal-Democrat will be running a series of candidate profiles that … END_OF_DOCUMENT_TOKEN_TO_BE_REPLACED

CNN  —  The lesson of January 6, 2021, is that when extremism, conspiracies and incitement reach a boiling point, they seek an … END_OF_DOCUMENT_TOKEN_TO_BE_REPLACED