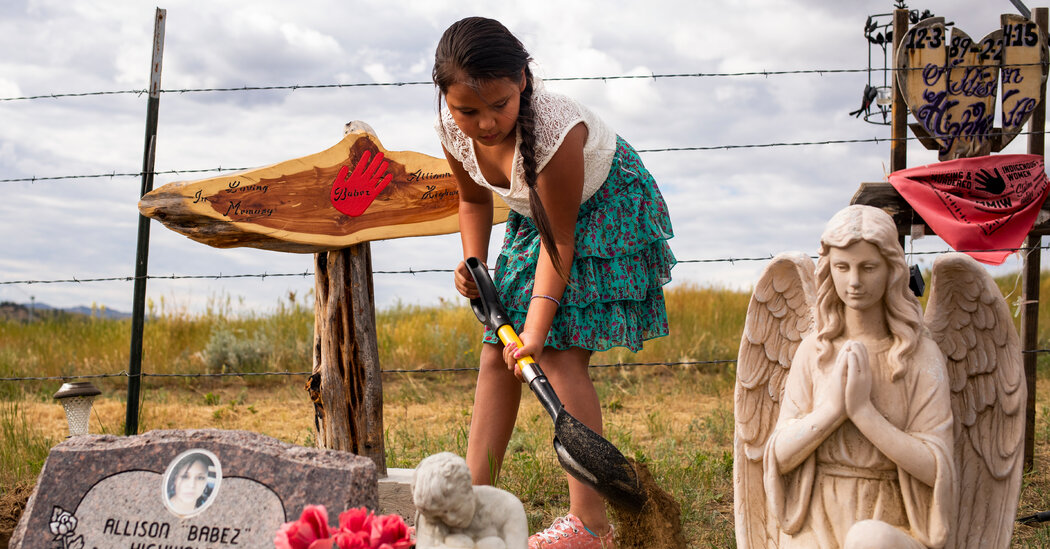 Efforts to pursue a wrongful-death lawsuit against the motel fizzled, Ms. New Holy said. Private investigators cost more than the family could afford.

By 2019, four years after Ms. Highwolf’s death, another sister, Kim Red Cherries, used Facebook to contact the Sovereign Bodies Institute, a nonprofit in California that helps Indigenous people who are the victims of sexual violence. Last month, after nearly two years of effort, Annita Lucchesi, the organization’s director, who had publicly declared Ms. Highwolf’s death a murder, arranged a meeting with the Montana state medical examiner and other authorities to begin a review of Ms. Highwolf’s case.

Jay Harris, the Big Horn County Attorney, reviewed copies of police reports in the meeting, including one that said the police found an entry in a journal in the motel room that could be interpreted as a suicide note. It was the first time the family had heard of such a note, and Pauline Highwolf remains skeptical of it. She has since seen a photograph of it and said she was unsure whether the handwriting was her daughter’s.

Pauline Highwolf also strongly objected to a statement in the post-mortem report that her daughter had “a prior history of suicide attempts.” That was not the case, she said. Mr. Harris said the information came from a Big Horn County law enforcement officer on the night of Allison Highwolf’s death, but could not explain why the officer included it. The officer has since left the department, and did not respond to messages left on his cellphone.

The medical examiner, Dr. Robert Kurtzman, and a member of his staff who conducted Ms. Highwolf’s autopsy, reviewed the post-mortem report. They told Ms. Lucchesi, who represented the family in the meeting, that the marks that Ms. Highwolf’s family photographed on her face and neck did not appear in photos taken before her autopsy.

Apple Inc. has scaled back ambitious self-driving plans for its future electric vehicle and postponed the car’s target launch date by about a year to … END_OF_DOCUMENT_TOKEN_TO_BE_REPLACED