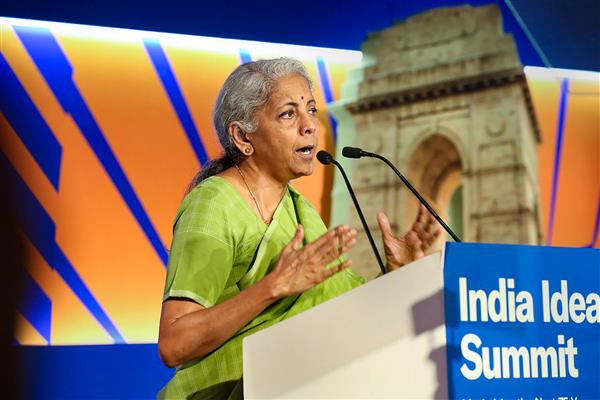 Finance Minister Nirmala Sitharaman on Wednesday said with inflation showing a declining trend, the priority for the government now is job creation and boosting growth. Equitable distribution of wealth will be the government’s other focus area, she said at the India Ideas Summit organised by the India-US Business Council here.

“Some of course are red-lettered (priorities), some may not be. Red-lettered ones would of course be jobs, equitable wealth distribution and making sure India is moving on the path of growth. In that sense inflation is not red-lettered. I hope it doesn’t surprise many of you. We have shown that in the past couple of months we were able to bring it to a manageable level,” she observed.

Though monthly inflation had touched a high of 7.79% in April, it still remains above the RBI’s upper tolerance level of 6%. In fact, the RBI will convene a meeting of the Monetary Policy Committee next month in which an explanatory note will be prepared for the Union Government explaining its inability to restrict inflation between the 4-6% band.

Sitharaman, however, was confident that the RBI was well positioned to handle bouts of volatility as Central banks elsewhere hike interest rates from record lows during the pandemic.

On the withdrawn Personal Data Protection (PDP) Bill, she said India will introduce a new data privacy bill “sooner than later” which “will be a product of consultations and will address every such concern most of us had on the Privacy Bill.”