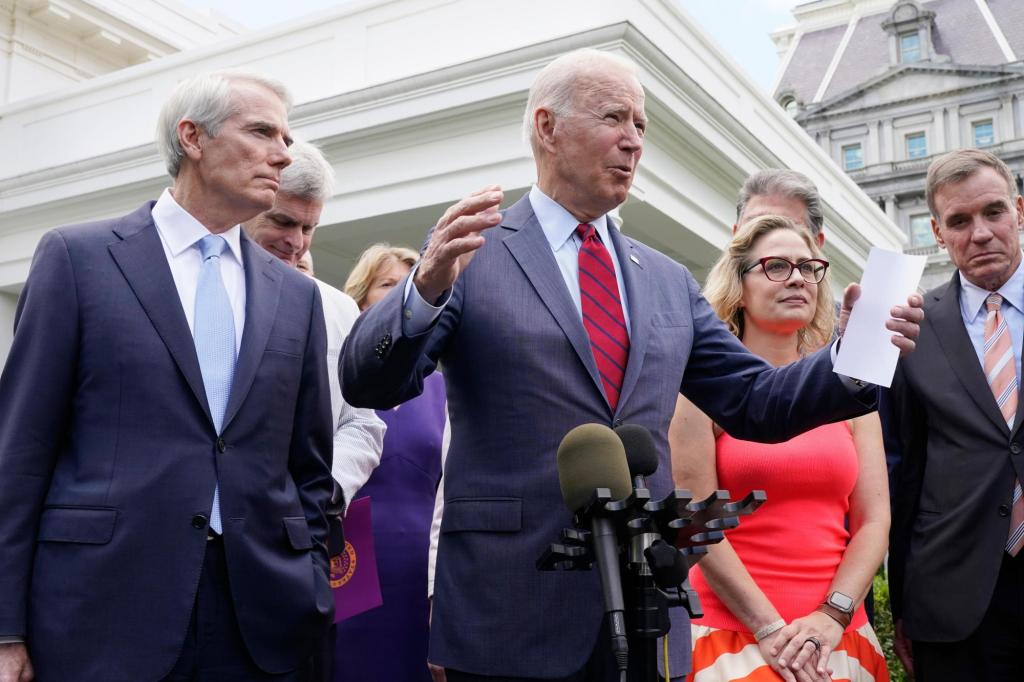 The ongoing infrastructure drama in Washington is a perfect illustration of how, when dysfunction becomes normal, normal politics looks dysfunctional.

For most of U.S. history, major legislation worked its way up the committee system in Congress. Deal-making, logrolling and agenda-setting would get hammered out over months of negotiations shepherded by committee chairs. Such “regular order” has withered away over the last two decades, replaced by what is now called “party government,” where the leaders — the House speaker, the Senate majority leader and the president — drive everything.

This, in turn, is why the nature of the job for rank-and-file senators and representatives has changed. Rather than legislating, the path to attention and influence goes through cable TV studios and social media, where you whip up the base to apply pressure to leadership.

That’s the backdrop of the infrastructure brouhaha.

Spending money on things such as roads, bridges and sewers, as well as more modern stuff such as electric-car charging stations and 5G networks, is popular. That’s partly why a group of 21 senators — 11 Republicans, nine Democrats and one independent — agreed to a $1.2 trillion infrastructure bill last week.

It’s like one of those game shows where you can cram as much stuff as possible into a shopping cart. So long as progressives can claim that the items on their wish list fit in the infrastructure cart, they think they can make it happen. But if the moderates fill a cart solely with the traditional stuff, it will make it infinitely harder for Democrats to claim a second cart is actually infrastructure, no matter the terminology.

President Biden praised the moderates’ infrastructure deal as precisely the sort of bipartisan compromise he was elected to deliver. Then, a short while later, he stepped in it by announcing that he wouldn’t sign the compromise deal unless Congress passed human infrastructure, too. Republicans threw a fit, saying (correctly) that such linkage was never part of the deal.

The White House spent the last few days cleaning up the mess. Biden now says that he will sign the bipartisan compromise legislation.

But the more important dynamic is what’s going on with the Democrats. Moderate Democrats understand that funding traditional infrastructure helps them and the party, but a massive spending spree on nontraditional stuff might put them in peril. Republicans may have grabbed the spotlight crying foul, but it was the revolt of the moderate Democrats that forced Biden to backpedal.

All the attention on “conservative,” “stubborn” Joe Manchin has obscured the reality that he’s running interference for other Democrats who are uneasy about campaigning on spending that could easily be caricatured as Bernie Sanders/Alexandria Ocasio-Cortez socialism and also squeamish about abolishing the filibuster. The jostling of the last week stems from the fact that the progressives don’t trust the moderates to back a progressive agenda, and the Republicans don’t trust the moderates not to.

It adds up to this: Given a 50-50 Senate, moderates (particularly moderate Democrats) are the most powerful bloc in government. And you know what? That’s the old normal.

This is hard to grasp given decades of party government where all meaningful congressional action happened largely on partisan lines. But from where I’m sitting, the apparent chaos is welcome because it proves that on some issues at least, neither the Dems nor the GOP can make strict party governing work. Maybe Washington is healing.

Jonah Goldberg is editor-in-chief of The Dispatch.

Insiders who purchased US$162k worth of Compass, Inc. (NYSE:COMP) shares over the past year recouped some of their losses after price gained 14% last … END_OF_DOCUMENT_TOKEN_TO_BE_REPLACED