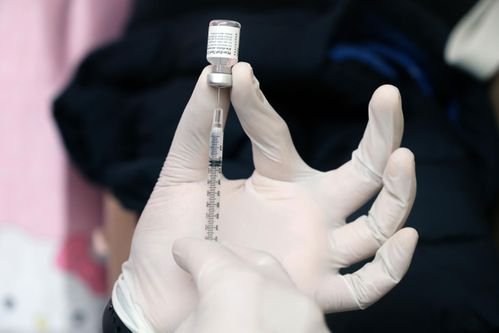 The internal debate in the Biden administration over sharing excess US vaccines doses with other countries has grown more intense in recent weeks as the Covid-19 crisis worsens globally and the situation in the US improves, according to sources familiar with the tensions.

There has been a particularly aggressive push from some officials within the administration and within the State Department to share quickly, two sources told CNN. Those officials have stressed that the White House urgently needs to take steps to share vaccines sooner rather than later while some White House health officials have countered that should not happen until the vaccine situation domestically is completely taken care of.

This situation triggered some frustrated officials to encourage business and interest groups outside of government to publicly push the administration to share vaccines in the hope that external pressure will speed up the process, two sources familiar with those discussions told CNN.

Administration officials have always said that when the US is in a position to do more globally, they will. Outside groups making various demands have not been helpful, some say, because the proposition that the administration is following is that first and foremost the US needs to be confident in vaccine efforts here at home. The White House coronavirus response coordinator’s team has taken the lead on in this decision making, administration officials said.

This week the Biden administration committed to sharing up to 60 million AstraZeneca vaccine doses, that will not be needed in the US, with other countries soon. The sources arguing to share doses said the announcement is a signal that the pressure is having an impact. Though they added that the dire situation in India means many within the administration are arguing the doses need to be shared more rapidly.

India’s Covid-19 pandemic has been spiraling in recent weeks, and daily cases have been rising continuously for the past 10 days. On Monday, India reported 352,991 new cases, breaking yet another record for the highest single-day figure globally.

Biden and Indian Prime Minister Narendra Modi spoke on Monday and they discussed a “range of emergency assistance” the US is providing India, but the readout from the White House made no specific mention of vaccines.

Secretary of State Tony Blinken said that the administration will make an announcement about how it will share excess vaccines in the coming days and made it clear that no final decision has been made about which countries will get the doses first.

“For the vaccines that we have directly on hand or will shortly, we’re going to decide whether to do some or all of that through COVAX or how much of that will be done directly, country-to-country. All of that is in the works, and we’ll have a plan in place in the coming days,” Blinken said on CNN on Tuesday.

That announcement is likely to focus on India specifically, and then there will be additional decisions made over the coming weeks on the administration’s broader approach to sharing as they monitor flare ups in Southeast Asia or in other places around the world.

Blinken also said that the US has a national security interest in getting as many people vaccinated globally as possible.

“As long as that virus is replicating somewhere, it’s going to be mutating; and if it’s mutating, it could come back to bite us,” Blinken said. “We have a strong national security interest in making sure that the world is vaccinated, and we are going to be playing our part.”

World leaders have asked the Biden administration officials to share excess vaccines and other emergency Covid-19 assistance for months.

Guatemalan officials raised access to vaccines during Monday’s meeting with Vice President Kamala Harris, according to a source familiar with the meeting. Harris recognized the urgency, but didn’t commit to providing them, the source said.

Factors within the US, such as the Johnson & Johnson vaccine coming back online, the fact that nearly 230 million shots have been administered and that all adults are now eligible, will put the US in a better position to share vaccines, according to a source familiar.

The Biden administration is also studying how to take on the pandemic globally by sharing medical supplies needed to fight pandemic and produce vaccines, not just by sharing vaccines.

But other countries have already put tremendous effort into vaccine diplomacy.

Some US allies and partners have worried in recent months that China’s global effort to ramp up vaccine exports and vaccine production agreements so quickly will make it hard for the US to catch up, diplomats told CNN.

The US decided to share AstraZeneca does with neighboring countries — Mexico and Canada — earlier this year, as these concerns mounted. Mexico has been a recipient of China’s vaccine diplomacy, and they are also in discussions with Russia about getting doses of their vaccine.

This story has been updated with additional reporting.

Tech Tracker rounds up what’s happening in the technology sector of the restaurant industry, including news from restaurants, vendors, digital … END_OF_DOCUMENT_TOKEN_TO_BE_REPLACED