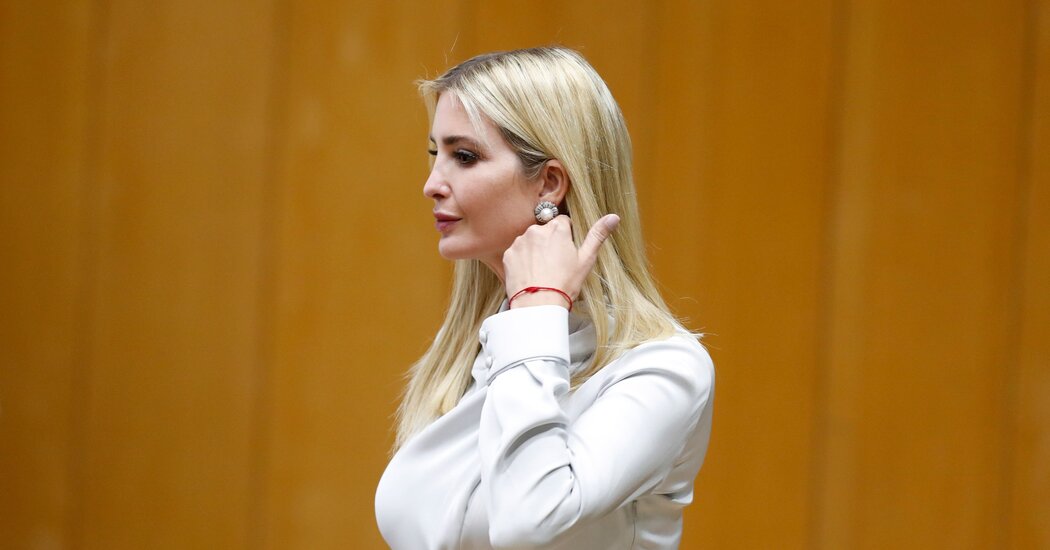 WASHINGTON — The House committee investigating the Jan. 6 attack on the Capitol sent a letter on Thursday to Ivanka Trump, the daughter of former President Donald J. Trump, seeking her cooperation with its inquiry.

The letter to Ms. Trump, who served as one of the president’s senior advisers, comes after Representative Liz Cheney, Republican of Wyoming and the vice chairwoman of the Jan. 6 select committee, said the panel had gathered evidence that Ms. Trump had implored her father to call off the violence as a mob of his supporters stormed the Capitol.

“We know his daughter — we have firsthand testimony — that his daughter Ivanka went in at least twice to ask him to please stop this violence,” Ms. Cheney said in an interview on ABC News this month.

The letter is the latest step that the committee has taken to obtain information from Mr. Trump’s family about the events that led up to the Capitol riot. The panel has also sought logs of phone calls and text messages between the former president’s son Eric Trump and Kimberly Guilfoyle, the girlfriend of another son, Donald Trump Jr., according to CNN.

The panel won a major victory on Wednesday evening, when the Supreme Court refused a request from the former president to block the release of White House records concerning the Jan. 6 attack, effectively rejecting Mr. Trump’s claim of executive privilege and clearing the way for the House committee to start receiving the documents.

Within hours of the decision, the National Archives began turning over hundreds of pages of documents to the committee. A spokesman for the panel said on Thursday that the committee had received some of the documents and expected the rest to be delivered as quickly as the archives could produce them.

The North Idaho Sports Commission would like to thank the City of Coeur d’Alene for supporting a successful IRONMAN 70.3. Highlights included: 539 … END_OF_DOCUMENT_TOKEN_TO_BE_REPLACED

A democracy came under attack. The United States saw a threat to an ally and also to the entire world order, but it feared that sending troops could … END_OF_DOCUMENT_TOKEN_TO_BE_REPLACED