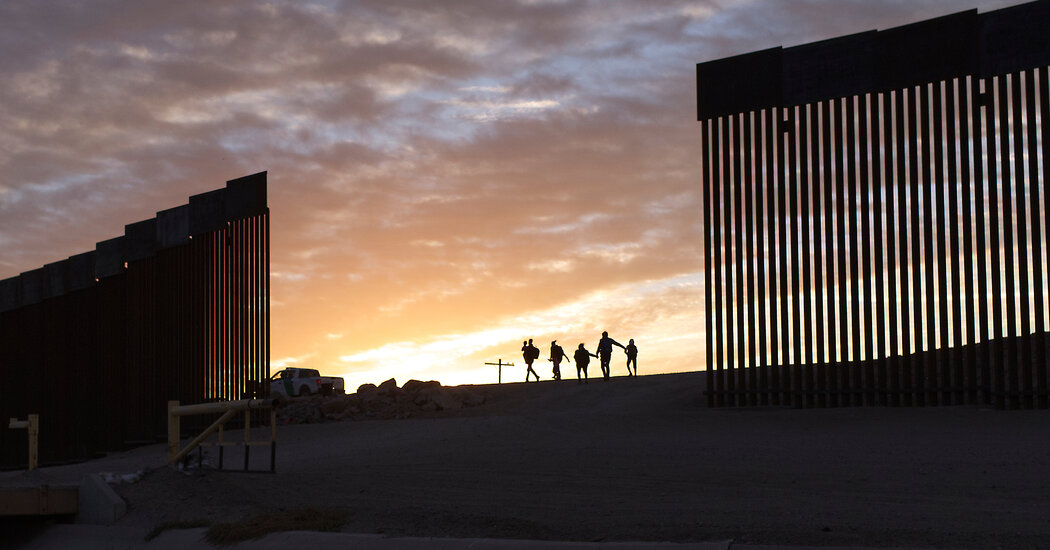 A record number of migrants arrived at the southwestern border last month, a slight uptick from May and a sign that the surge this year may extend into the hotter summer months when numbers typically start dropping.

According to new data released on Friday by Customs and Border Protection, June also brought more migrant families to the border than any other month since President Biden took office. In all, border officials encountered migrants there 188,829 times, the largest number in a single month in recent history.

The number of migrant children and teenagers arriving at the border increased slightly from May, but the influx has slowed since early spring, when a steep surge created Mr. Biden’s first immigration crisis as president. On average, about 500 migrant children and teenagers arrived alone at the border in June, compared with about 600 a day in March.

The uptick in family arrivals in June still falls well short of the record set in May 2019, when 84,000 families came. But the growing overall numbers, and Mr. Biden’s rejection of President Donald J. Trump’s hard-line tactics toward undocumented immigrants, will soon force the administration to grapple with vexing policy and political questions that the public health rule, known as Title 42, has largely allowed it to avoid.

As of Friday, nearly 15,000 children were in government shelters overseen by the Department of Health and Human Services, according to internal data obtained by The New York Times.

The number of times that single adults tried to enter the country last month was down slightly; they were turned away under the public health rule 82 percent of the time.

According to Customs and Border Protection, 34 percent of all the migrants encountered in June had tried at least one more time to enter the country in the past 12 months. The number of new migrants to arrive at the southern border since October is just slightly lower than the last surge in 2019 during the Trump administration, the agency said.

Republicans have seized on the surge in migration to the southern border — driven in part by violence and poverty in Central America, as it has been for years — and have turned it into a political attack on Mr. Biden. The party is hoping the issue will galvanize voters in midterm elections next year, when it will have a chance to recapture control of the Senate and the House.

Apple Inc. has scaled back ambitious self-driving plans for its future electric vehicle and postponed the car’s target launch date by about a year to … END_OF_DOCUMENT_TOKEN_TO_BE_REPLACED