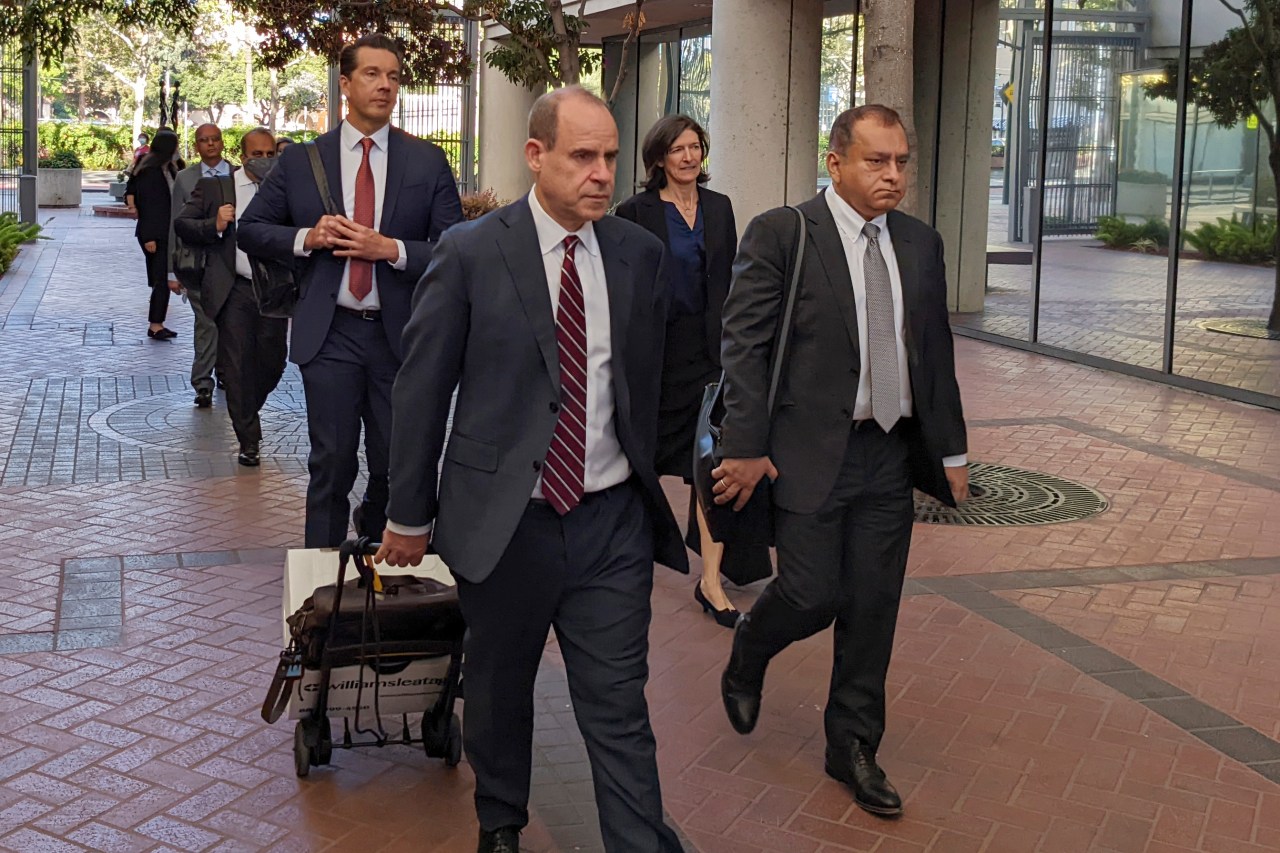 SAN JOSE, Calif. (AP) — The fate of hard-nosed technology executive Ramesh “Sunny” Balwani is now in the hands of a jury that will weigh criminal charges alleging he joined disgraced Theranos CEO Elizabeth Holmes, his former partner, in an elaborate fraud that jarred Silicon Valley.

U.S. District Judge Edward Davila handed the case to the jury Friday afternoon after federal prosecutors in San Jose, California, finished a rebuttal to more than 11 hours of closing arguments methodically laid out by one of Balwani’s lawyers, Jeffrey Coopersmith.

The jury will pore over testimony, emails, salacious texts, and other evidence submitted during a three-month trial as they sort through the 12 counts of fraud and conspiracy filed against Balwani for his role at Theranos, a blood-testing company founded by Holmes when she was just 19.

Balwani, 57, began dating Holmes, now 38, around the same time she dropped out of Stanford University in 2003 to found her startup. He helped Holmes behind the scenes until 2010 when he became Theranos’ chief operating officer while he was living with Holmes. The couple broke up in 2016 as Theranos began to collapse amid revelations about serious problems with Theranos’ technology that they had concealed from investors and patients.

A separate jury spent seven days deliberating over the evidence in Holmes’ trial before convicting her on four counts of investor fraud and conspiracy and acquitting her on four counts of patient fraud and conspiracy earlier this year. She could be sentenced to up to 20 years in prison by Davila in a hearing scheduled for late September. The jury in Balwani’s trial is aware of Holmes’ conviction but has been ordered not to consider that in their deliberations.

The case revolves around allegations that Holmes and Balwani duped investors and patients about a Theranos blood-testing technology that they bragged would revolutionize health care and generate huge profits.

But the blood tests never consistently worked as Holmes and Balwani had promised, even as prominent investors such as Silicon Valley billionaire Larry Ellison and media mogul Rupert Murdoch poured nearly $1 billion into Theranos. Meanwhile, Theranos was running tests of its technology as part of a partnership with Walgreens that were delivering inaccurate results to patients that threatened to jeopardize their health.

By 2014, the Theranos stakes of Holmes and Balwani were worth a combined $5 billion. Holmes, who served as Theranos’ star attraction and chief visionary, owned $4.5 billion of that amount, with the rest belonging to Balwani, who oversaw the company’s day-to-day operations with a sometimes-abrasive management style.

All that wealth evaporated once it became known Theranos’ technology wasn’t living up to Holmes’ brash promises. The downfall transformed Theranos — and the couple that once ran it — from a Silicon Valley sensation into a cautionary tale about how horribly things can spiral out of control when ambitious entrepreneurs exaggerate the capabilities of a nascent technology.

“The plan here was not to get caught,” federal prosecutor John Bostic told the jury Friday. “The plan was not for the company to fail. The plan was to get away with it.”

To underscore Balwani’s influential role, prosecutors used their closing arguments to highlight a July 2015 text that he sent to Holmes. “I am responsible for everything at Theranos,” Balwani reminded Holmes. “All have been my decisions too.”

Balwani’s lawyers countered by depicting him as a loyal soldier who not only pledged about $15 million of his own money to help prop up Theranos from 2009 to 2011, but also a tireless worker focused on doing everything to help Holmes achieve her goals. They also insisted Balwani fell under the same spell that Holmes cast while wooing investors and convincing powerful men such as former U.S. Secretary of State George Schultz and former U.S. Defense Secretary James Mattis to join the Theranos board of directors.

Holmes “certainly has to be as charismatic a person as you can possibly be,” Coopersmith, Balwani’s lawyer, told the jury at one point during a closing argument that unfolded over the course of three days this week.

In his rebuttal, Bostic argued Holmes leaned heavily on Balwani’s advice because he was older and more experienced than her, having previously sold a startup that made him rich.

“They were partners in every sense of the word,” Bostic said of Holmes and Balwani.

Editorial IndependenceWe want to help you make more informed decisions. Some links on this page — clearly marked — may take you to a partner website … END_OF_DOCUMENT_TOKEN_TO_BE_REPLACED

Investors have remained skeptical as the main indices declined this year. The NASDAQ Composite tumbled close to 20 per cent in 2o22, and the S&P 500 … END_OF_DOCUMENT_TOKEN_TO_BE_REPLACED

A variety of cannabis companies shared their financial results this past trading week, offering investors a chance to inspect the health of the … END_OF_DOCUMENT_TOKEN_TO_BE_REPLACED