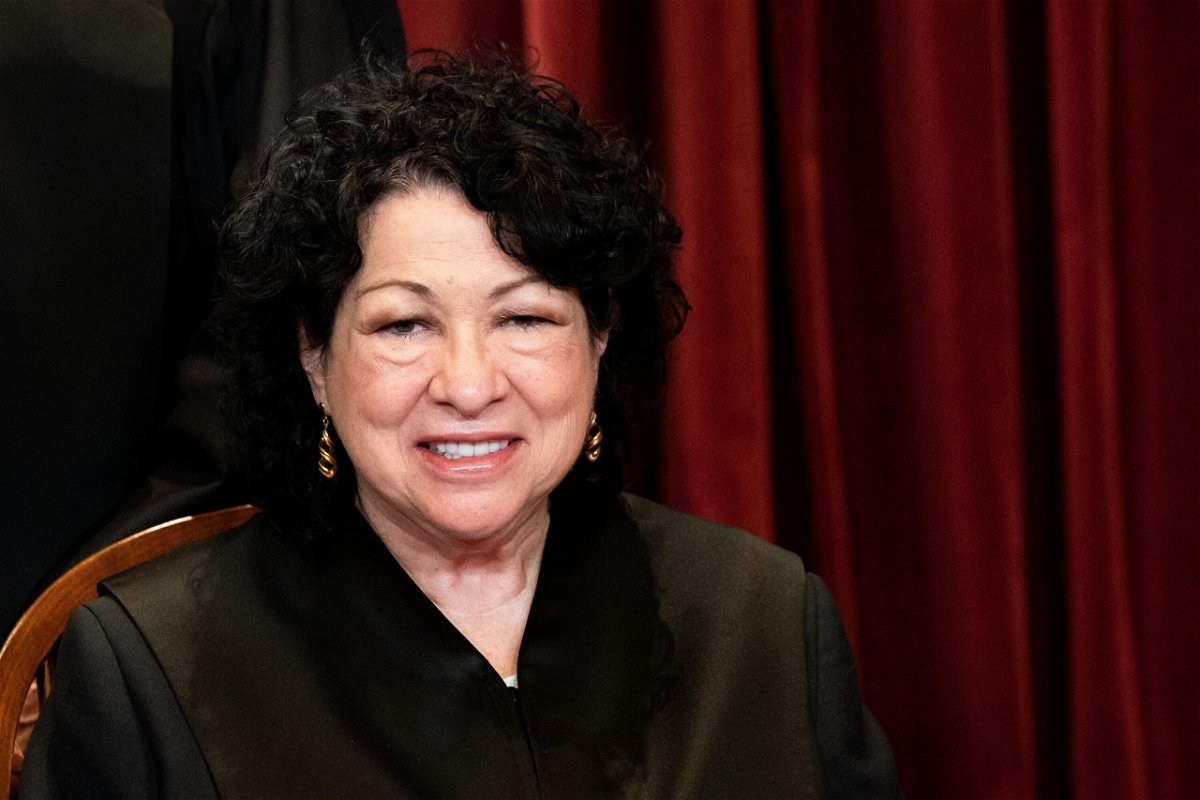 Supreme Court Justice Sonia Sotomayor said Wednesday partisan divisions among lawmakers could affect the perception of the Supreme Court and the confirmation process of judicial nominees, adding that she is concerned the country “might be in crisis” because of political polarization.

“Surely, it has an effect on the appearance of the impartiality of the court,” Sotomayor said during a virtual talk with New York University School of Law. “We are far from the times when Supreme Court nominees would receive nearly unanimous approval even in divided congresses and, the more partisan the voting becomes, the less belief that the public is likely to have that Congress is making a merits based or qualifications based assessment of judicial nominees. Is it going to affect directly the court’s functioning? It could.”

Sotomayor said she is concerned America “might be in crisis” because of political polarization and said the public should hold elected officials accountable when it comes to the judicial branch of government.

“Yes, I have concerns that we might be in crisis as norms in the nomination process are broken. As more senators, congressional representatives, governors, mayors, local politicians and the media question the legitimacy of the court, many of them heap scorn on the court,” Sotomayor said.

“The threat is greater and unprecedented than any time in our history,” Sotomayor added.

“We need the public to hold its elected officials accountable in respecting the judiciary and its work,” she said. “We can only do it if the public understands the important of our independence.”

Asked about what can be done from the judicial side, Sotomayor pointed to a need to monitor impressions of “undue influence.”

“Judges also must always be sensitive to the public’s perception of their interactions with public officials and their representatives,” Sotomayor said.

“Most appointed judges have friends and people they know in the political arenas,” she added. “Ending relationships is not required, but care by judges in ensuring that contacts do not give the impression of undue influence or endorsement is necessary.”

Her comments come as President Joe Biden is set to host Senate Judiciary Committee Democrats at the White House on Thursday as he considers his potential nominee to the high court to succeed the retiring Justice Stephen Breyer. Biden has promised to nominate a Black woman to the Supreme Court, the first in history if confirmed, and some Republicans have criticized his decision.

CNN reported on Tuesday that White House officials have begun reaching out to potential Supreme Court candidates to gather more information about their records. And, as a part of the normal protocol in the vetting process, the FBI has contacted friends and former colleagues of potential nominees. A senior administration source told CNN that there have been no in-person meetings between candidates and White House staff as of yet, and that some interactions with staff are likely to be over the phone.

Columbia University will not participate in the next U.S. News & World Report rankings of colleges across the country, after a Columbia math professor … END_OF_DOCUMENT_TOKEN_TO_BE_REPLACED

It is likely that the Financial Crimes Enforcement Network (FinCEN) will put forth new regulations this year addressing real estate transactions. A … END_OF_DOCUMENT_TOKEN_TO_BE_REPLACED