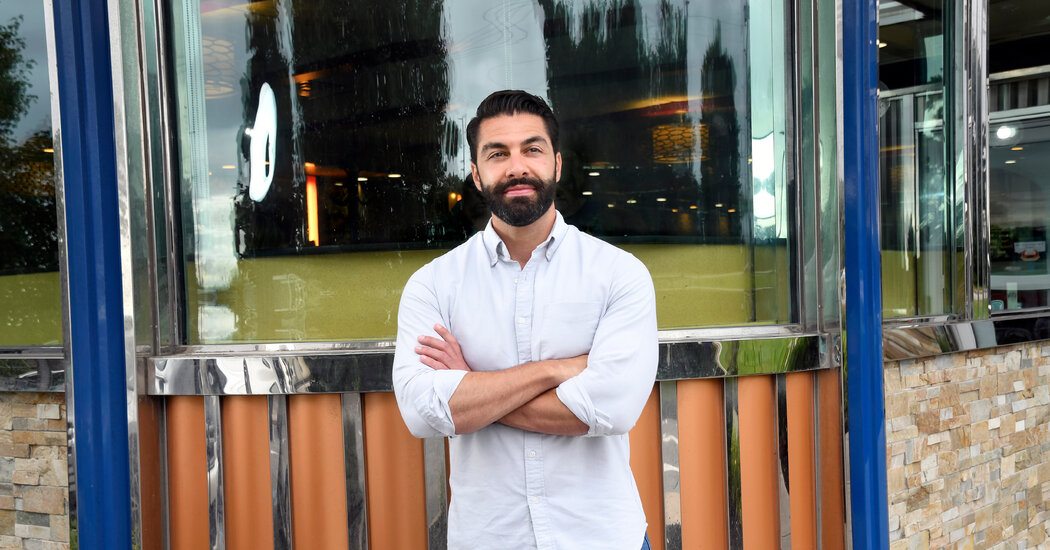 Raised in Poughkeepsie, N.Y., by a Republican mother and Democratic father, Castelli played baseball in high school, then went to Siena College, a private Franciscan institution near Albany. He was inspired to get a master’s degree in national security studies at Georgetown University after Sept. 11, then joined the C.I.A., where, he says, he “straddled” the agency’s operational and analytical wings as a targeting specialist and, later, a leader of various teams.

After spending five months in Barack Obama’s National Security Council, he spent a year as a director for counterterrorism in Donald Trump’s tumultuous National Security Council, serving under Lt. Gen. Michael Flynn, then Gen. H.R. McMaster. Castelli then returned to the C.I.A. for about two years in a liaison role while attending business school at Northwestern University on the side, before leaving for the private sector.

During his time in two administrations, Castelli also had a front-row seat to the rise of groups like the Islamic State, which gave him a direct appreciation for the blowback America faced in the Islamic world after the wars in Afghanistan and Iraq. After seven C.I.A. officers were killed by a suicide bomber in 2009 at an American base in Khost, Afghanistan, Castelli took a more “operational role,” he said, declining to go into details.

But it was the Jan. 6, 2021, attack on the Capitol, Castelli says, that motivated him to leave his job at a health care company to run for public office.

Last year, he moved upstate for the first time and now lives in Glens Falls, an old lumber-mill and paper-factory town near Lake George, and announced his run against Stefanik in September. That has fueled the accusation from Stefanik’s local political machine that Castelli is a carpetbagger — a transplant from Washington, D.C., or, worse, Poughkeepsie.

In Castelli’s telling, however, his decision to run against Stefanik was inspired by her defense of Trump and embrace of his conspiracy theories about the 2020 election — even after the assault on the Capitol — offended his sense of patriotism.