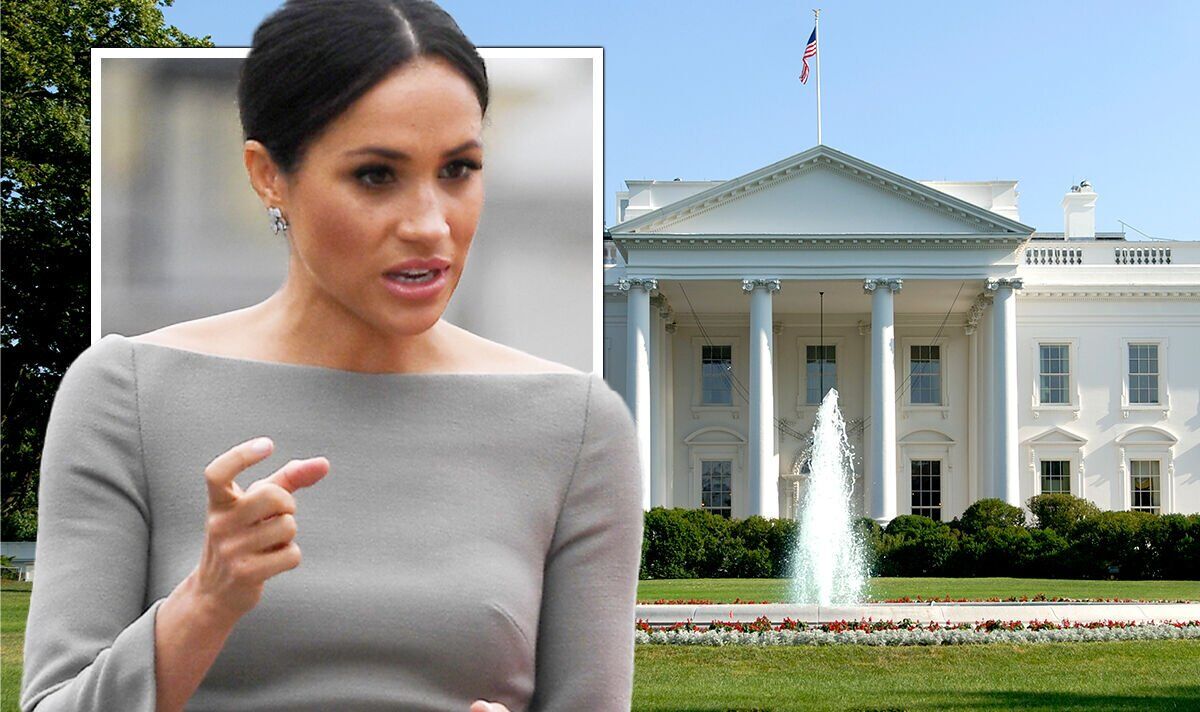 The Duchess of Sussex has made a number of interventions into US politics since stepping back as a working member of the Royal Family in 2020, lobbying politicians in the country for changes to parental leave and climate policy. At the end of June, former Suits actress Meghan Markle took part in a conversation with feminist pioneer Gloria Steinem for Vogue, sharing her reaction to the Supreme Court overturning Roe versus Wade Recent reports have even suggested she could be setting her sights even higher and one day planning to run to become the US President.

Earlier this year, Valerie Biden Owens, the sister of current US President Joe Biden, told Good Morning Britain she would “welcome her [Meghan] to come in and join the Democratic Party”, adding “yes, perhaps, of course, she will” make a good presidential candidate.

But Nile Gardiner, a Washington-based foreign policy expert who was a former aide to the late Lady Margaret Thatcher, has torn apart those claims.

He told Express.co.uk: “Meghan Markle is clearly quite delusional if she thinks she could end up as President of the United States.

“The fact that her name is being mentioned in these conversations is a demonstration of how desperate the American left are at the moment.

“Meghan Markle would be a spectacular failure as a presidential contender and would not be a serious contender.

“But the left in the US are in such a state of decline that all options are on the table with presidential candidates, and Meghan Markle’s name is being thrown around as a possibility.”

Mr Gardiner warned if Meghan did decide to run for the US presidency, she would be viewed by Americans as a “joke candidate” because of how highly unqualified she is for the job.

The foreign policy expert added: “She would have zero chance of becoming US President as she has zero qualifications for the job.

READ MORE: Harry has ‘regrets’ over Megxit but not in UK to ‘heal wounds’

Mr Biden’s approval rating as US President has been been stunningly low over recent weeks, and it is expected the Democrats will pick a female candidate to run next time and, with the poll showing Michelle Obama a long way ahead on 41 percent.

But Meghan – despite not yet formally entering politics – was a clear second on 19 percent and was well ahead of more established rivals.

She was 10 points ahead of Vice President Kamala Harris who only polled nine percent among Democrats after a series of gaffes.

Patrick Basham, Director of the Democracy Institute told Exprtess.co.uk: “Megan Markle is a candidate Democratic voters can project their hopes and preferences on. Yes she is a well known figure. but she is not a well known political figure.

“Although those who have a sense for politics know that she is of a woke, progressive, left liberal disposition, we don’t know what she thinks in detail on a wide range of issues. That doesn’t matter for most people.”

He continued: “Among Democrats she is young, female, attractive, bi-racial. She has a certain pizazz because of her celebrity status and all of that.

“She benefits from that being the fresh face and also by comparison with her would be competitors.

“With the exception of Michelle Obama the other females that we have polled on, potential contenders, they are all pretty much well known and their downsides are well known.

“There is nothing to make them stand out in the way Markle does.”