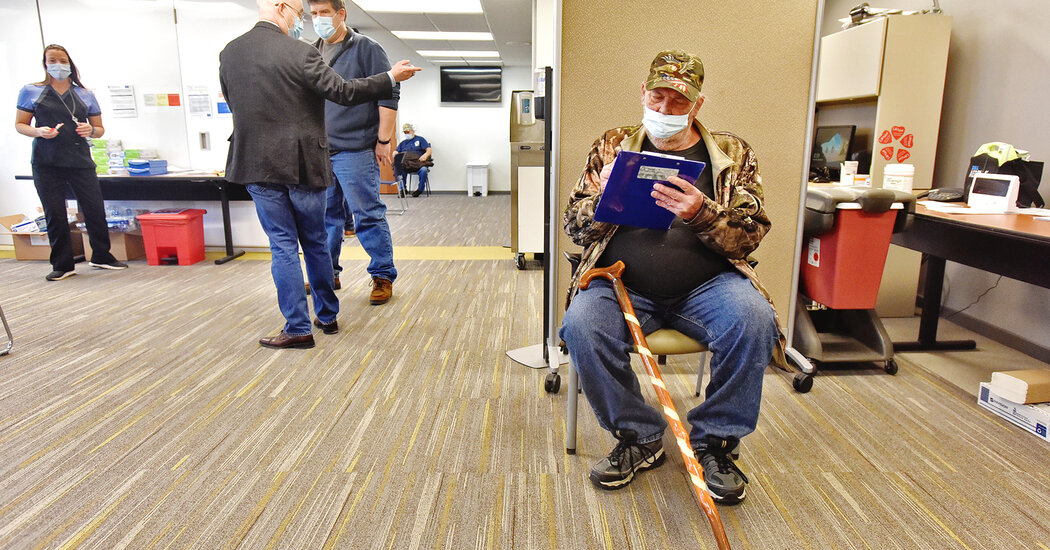 Under federal statute, however, the option to refuse “may be waived only by the president” if it is determined that refusing “is not in the interests of national security.” The White House did not respond to requests for comment.

The reluctance among troops complicates the relationship between military installations and the communities that surround them, and it can hinder deployments abroad. For a recent mission to Europe from Fort Bragg, N.C., for instance, several unvaccinated service members had to be replaced with those who had received their shots because of quarantine rules in the countries where they deployed. Military barracks are also known risks for transmission of respiratory infection, said Dr. Tom Frieden, a former C.D.C. director.

Among the 21 people who had the coronavirus in hospital centers run by the Defense Department, none were vaccinated, officials said this week.

“The benefits of vaccination are remarkably clear,” said Lt. Gen. Ronald J. Place, the director of the Defense Health Agency.

A lack of vaccine acceptance among hospital workers who care for veterans could be more worrisome; because of their average age and service-related injuries and illnesses, veterans can be more vulnerable to infection. Nearly 12,500 veterans have died from coronavirus-related complications since the pandemic began.

Among the roughly 380,000 people who work for the Department of Veterans Affairs, 298,186 are fully vaccinated, or about 78 percent — higher than the national average of about 46 percent but far below what Mr. McDonough said he wanted for those providing health care.

About 20,300 V.A. employees have contracted the coronavirus since March 2020, and 190 over the past month, after vaccines were widely available in the United States. While some facilities — such as a V.A. center in New Orleans, once a virus epicenter — have vaccinated 85 percent of workers, that rate was closer to 59 percent in others, like a center in St. Cloud, Minn.

The Wood River Valley real estate market continues to show signs of strength, despite rising interest rates and efforts by the Federal Reserve to slow … END_OF_DOCUMENT_TOKEN_TO_BE_REPLACED