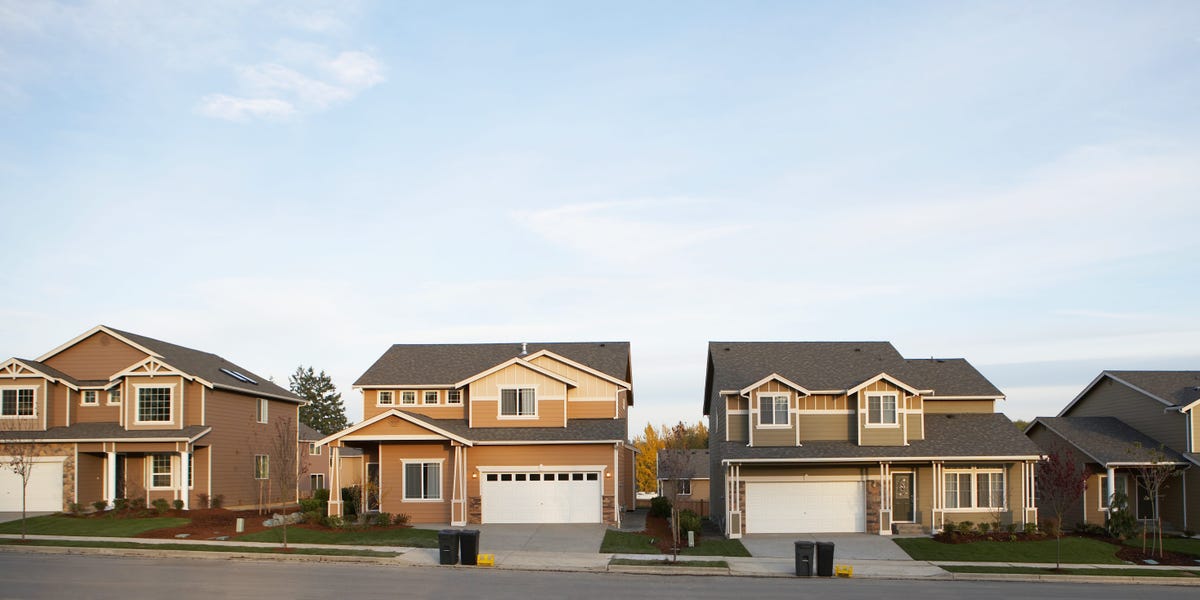 Mortgage rates just hit a high not seen since the housing crash of  2008 —  and more hikes are likely throughout the rest of 2022.

The average U.S. fixed rate for a 30-year mortgage rose to 5.89% this week, according to a Thursday report from Freddie Mac. That’s significantly up from a pandemic low of 2.68% in December 2020, and means even more Americans will grapple with housing affordability.

It’s also the highest mortgage rate since 6.52% in 2008, a time when a combination of cheap debt, predatory lending practices, and complex financial engineering triggered a foreclosure crisis that gave birth to a global recession.

Sam Khater, Freddie Mac’s chief economist, says the uptick is attributed to economic volatility that is seeping into the US real estate market.

“The combination of higher mortgage rates and the slowdown in economic growth is weighing on the housing market,” Khater told Insider. “Home sales continue to decline, prices are moderating, and consumer confidence is low.”

Throughout 2022, the Federal Reserve has rapidly raised interest rates in an effort to combat soaring inflation. Numerous interest rate hikes have lifted mortgage rates at the fastest pace in decades. The move has effectively put an end to the home buying frenzy that rocked the US real estate market.

Although inflation has now somewhat eased, officials have hinted that more hikes are underway. Investors anticipate a three-quarter-point rate hike when policymakers meet in September with the possibility of further hikes by the end of November. As the benchmark climbs, mortgage rates are likely to follow and that could spell trouble for a real estate market that is rapidly cooling on higher housing costs.

“Sellers are coming to terms with the fact that volatile mortgage rates have dampened demand,” Chen Zhao, Economics Research Lead at Redfin, said in a housing report. “Some sellers are pricing lower, and some homeowners are staying put because they’re nervous they won’t get a good offer or they’re hesitant to give up their low mortgage rate.”

Indeed, homebuyer demand is fading. Data from Redfin shows that in July, homebuyer competition fell to its lowest level since the onset of the Covid-19 pandemic, a time when the US real estate market nearly came to a screeching halt.

According to the brokerage, 44.3% of home offers written by its agents faced competition on a seasonally adjusted basis in July, falling from a revised rate of 50.9% in June and 63.8% in 2021 and marking the sixth consecutive month of declines and the lowest reading on record with the exception of April 2020.

With more buyers sitting on the sidelines, home sellers are slashing their asking prices in markets across the country — some faster than others.

In popular home buying destinations like “pandemic boomtowns” housing prices are especially cooling. In Boise, Idaho for instance, 70% of home sellers cut their asking prices in July, per Redfin.

As sticker shock and a lack of supply deter some potential homebuyers from the market, prices could continue to fall in the months to come.

It’s what many Americans are banking on. An August Fannie Mae survey found that respondents anticipate a 0.4% decline in housing prices, compared to the 1.9% increase forecasted in the prior month’s survey.

But even if home prices do eventually ease a bit, an elevated mortgage rate could continue to make homeownership as unaffordable as ever for some Americans.

Editor’s note: One in a series. Leading up to the Nov. 8 general election, the Appeal-Democrat will be running a series of candidate profiles that … END_OF_DOCUMENT_TOKEN_TO_BE_REPLACED

CNN  —  The lesson of January 6, 2021, is that when extremism, conspiracies and incitement reach a boiling point, they seek an … END_OF_DOCUMENT_TOKEN_TO_BE_REPLACED