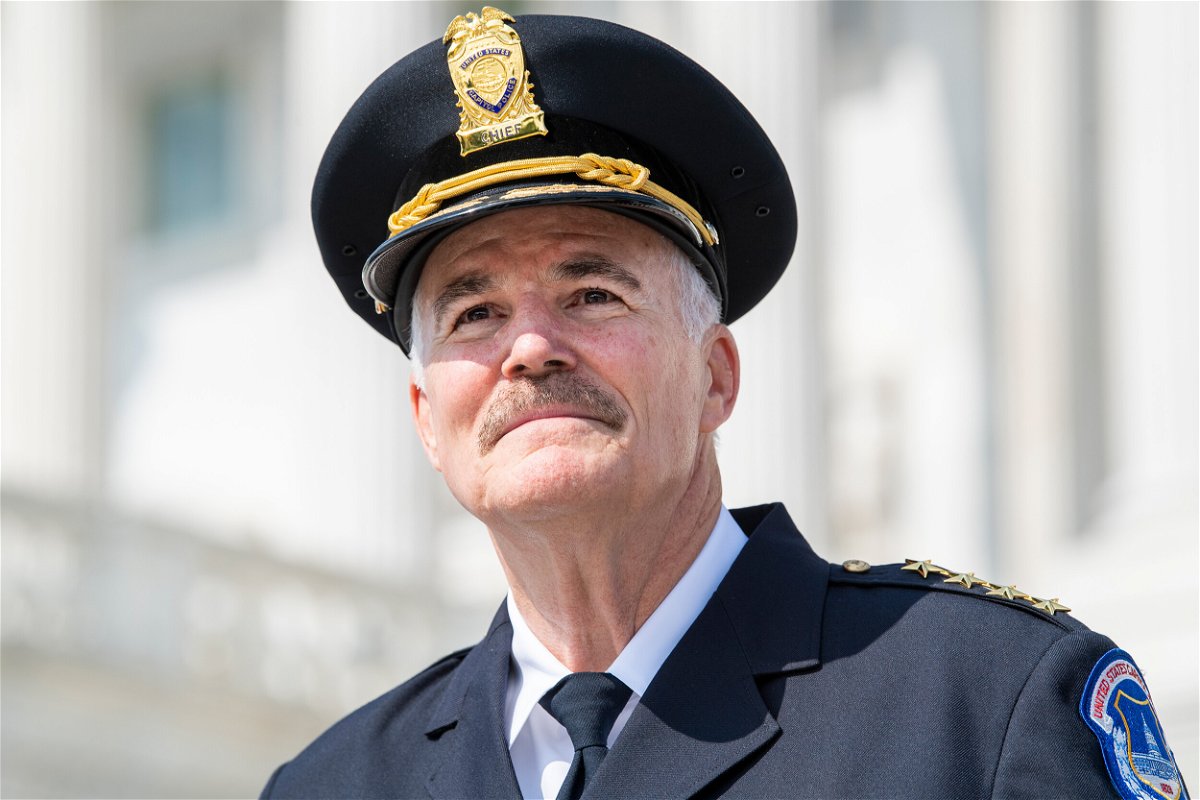 In his first day on the job, Tom Manger — the new chief of the US Capitol Police — said Friday that he would be “a fool to not be concerned” about the threat of more attacks on the Capitol, especially given chatter on extremists’ forums about possible action in August.

“The safety and security of the US Capitol, the Congress, that legislative process, those are top priorities,” Manger told CNN’s Josh Campbell in an interview.

“I am absolutely concerned about all of those things,” he said, adding that the US Capitol Police is taking steps to ensure greater security by looking at recommendations from a number of follow-up reports on how the department can improve after the January 6 breach of the building.

Manger joins the Capitol Police at a critical time as officers continue to grapple with the aftermath of the riot alongside increasing threats against lawmakers, and as members of Congress themselves have shared different interpretations about what they believe happened at the Capitol on January 6.

RELATED: Judge rebukes GOP for downplaying US Capitol riot as he hands out first sentence in insurrection

Manger said that while it does not “surprise” him that members of Congress reacted differently to videos of insurrectionists at the Capitol, he disagrees with interpretations describing the insurrection as “a normal tourist visit” or “a lovefest.”

“That’s not the way I saw it,” Manger said, but added he believes that “everybody’s entitled to their opinion.”

When asked about why law enforcement and agencies such as the FBI did not correctly assess the threat of violence ahead of January 6, Manger said that over his more than 20 years as a police chief, he has learned that intelligence is “not an exact science.”

“People occasionally do make mistakes,” he said. “Sometimes if you underestimate something or overestimate something, nobody will notice. It won’t be a big deal. But there’s sometimes when you don’t evaluate the intelligence accurately and it results in problems.”

Manger said he will “absolutely” allow his officers to speak out about what they endured on January 6 because “they need to be heard.”

In the weeks after the riot, Capitol Police officers were shell-shocked and wounded, both physically and psychologically.

“We need to hear their stories,” the chief said. “They deserve to talk about what they went through.”

He succeeds former acting Chief Yogananda Pittman, who was appointed following the resignation of Steven Sund after the insurrection.

Manger has served in the policing profession for 42 years, most recently as chief of police in Montgomery County, Maryland, from 2004 to 2019. The Capitol Police Board said Thursday that it is “confident” in Manger’s “experience and approach in protecting the Congress — its Members, employees, visitors and facilities.”

Insiders who purchased US$162k worth of Compass, Inc. (NYSE:COMP) shares over the past year recouped some of their losses after price gained 14% last … END_OF_DOCUMENT_TOKEN_TO_BE_REPLACED