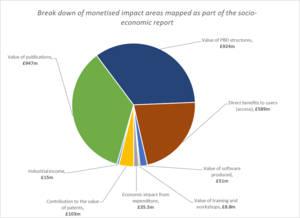 Importance of Science to world economies highlighted at ICRI

At prestigious International Science Conference, a socio-economic impact of over £2.6 billion on UK science and economy revealed from UK Synchrotron

Presenting at the prestigious International Conference on Research Infrastructures (ICRI) in Prague, Czech Republic on 19th October, Diamond outlined a cumulative monetised impact to date on UK science and economy of £ 2.6 billion rooted in the delivery of almost 12,000 published journal papers on findings from research carried out at the UK’s synchrotron light source. This compares very favourably with the £1.4 billion investment made in the facility to date.  The new figures released today are straight forward updates to the 2021 study by Technopolis using published methodologies where they measured and demonstrated Diamond’s scientific, technological, societal, and economic benefits.  The report summarised the findings and the updated figures underline the significant impact Diamond continues to achieve and the fact that the facility still costs less than a cup of coffee per year – as each UK taxpayer contributes only £2.45 a year towards it.

Isabelle Boscaro-Clarke, Head of Impact, comments; “Diamond’s mission is to keep the UK at the forefront of scientific research. We do this by providing our users, in academia and industry, access to our state-of-the-art facilities enabling them to fulfil their research goals across a wide variety of scientific disciplines. The figures speak for themselves.  They demonstrate the huge array of benefits the facility has delivered and leading science being achieved by our 14,000 strong global user community, who are tackling some of the most challenging scientific questions of the 21st century.”

By updating the numbers found in the report, this illustrates how Diamond continues to act as an agent of change, addressing challenges such as disease, clean energy, food security and much more.  Almost 12,000 scientific articles have been published by Diamond’s users and scientists.

Diamond was set-up as an independent not for profit company through a joint venture, between the UKRI’s Science and Technology Facilities Council and one of the world’s largest biomedical charities, Wellcome – each respectively owning 86% and 14% of the shareholding.

Some of the updates to the updated report include:

Professor Mark Thomson, Executive Chair, UKRI STFC comments: “Diamond Light Source is yet again proving itself to be a powerful asset in our world-leading science campus at the Rutherford Appleton Laboratory. Its exceptional capabilities allow scientists in the UK to carry out impactful research across a vast range of disciplines for the good of society. This report demonstrates the vitally important role of research infrastructure to the UK economy, as Diamond and our other national facilities continue to provide a catalysis for economic growth.”

Tom Collins, Research Lead for Atomic and Molecular Sciences at Wellcome, says: “Diamond delivers world-leading scientific advances through the innovation and excellence of the people who build and operate the synchrotron, in collaboration with the global research community. Diamond’s research has real-world impact that contributes to Wellcome’s mission to solve the most urgent health challenges facing everyone.”

Funded by the UK Government through the Science and Technology Facilities Council (STFC), and by Wellcome, Diamond is one of the most advanced scientific facilities in the world, and its pioneering capabilities are helping to keep the UK at the forefront of scientific research.

Diamond Light Source provides industrial and academic user communities with access to state-of-the-art analytical tools to enable world-changing science. Shaped like a huge ring, it works like a giant microscope, accelerating electrons to near light speeds, to produce a light 10 billion times brighter than the Sun, which is then directed off into 33 laboratories known as ‘beamlines’. In addition to these, Diamond offers access to several integrated laboratories including the world-class Electron Bio-imaging Centre (eBIC) and the Electron Physical Science Imaging Centre (ePSIC).

Diamond serves as an agent of change, addressing 21st century challenges such as disease, clean energy, food security and more. Since operations started, more than 14,000 researchers from both academia and industry have used Diamond to conduct experiments, with the support of approximately 760 world-class staff. Almost 12,000 scientific articles have been published by our users and scientists.

Funded by the UK Government through the Science and Technology Facilities Council (STFC), and by the Wellcome Trust, Diamond is one of the most advanced scientific facilities in the world, and its pioneering capabilities are helping to keep the UK at the forefront of scientific research.

Diamond was set-up as an independent not for profit company through a joint venture, between the UKRI’s Science and Technology Facilities Council and one of the world’s largest biomedical charities, the Wellcome Trust – each respectively owning 86% and 14% of the shareholding.

The 2021 published study can be found here:

Disclaimer: AAAS and EurekAlert! are not responsible for the accuracy of news releases posted to EurekAlert! by contributing institutions or for the use of any information through the EurekAlert system. 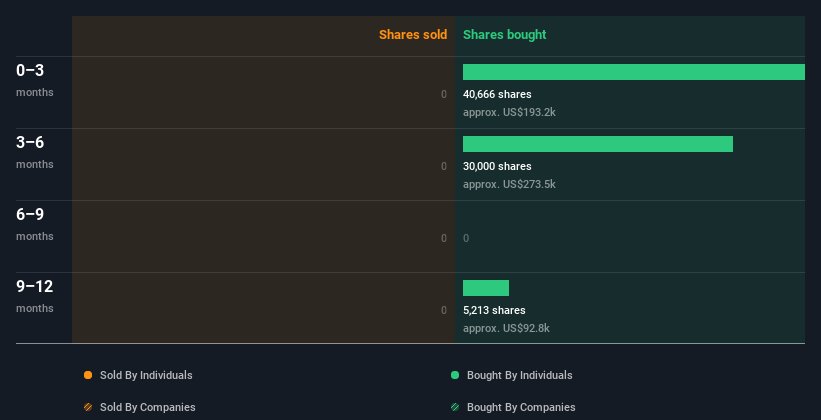 Insiders who purchased US$162k worth of Compass, Inc. (NYSE:COMP) shares over the past year recouped some of their losses after price gained 14% last … END_OF_DOCUMENT_TOKEN_TO_BE_REPLACED