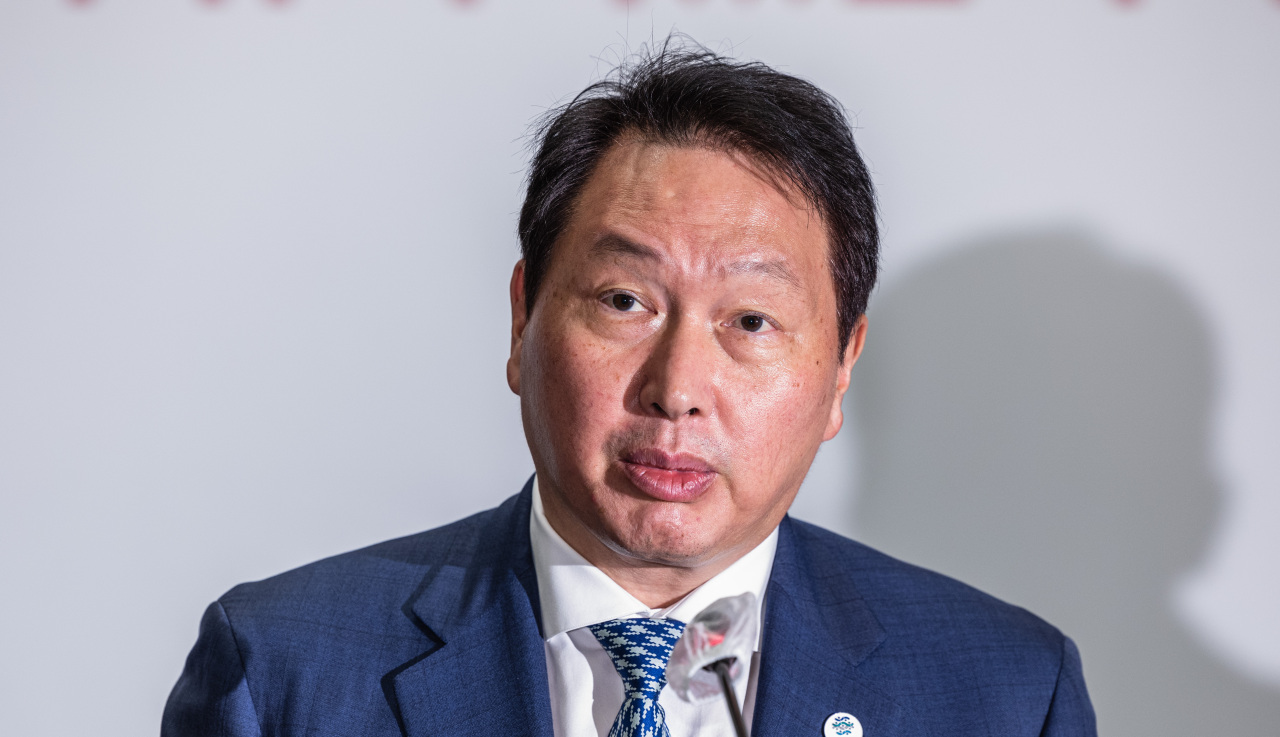 Samsung Vice Chairman Lee Jae-yong is on his way to Seoul Central District Court in Seocho-gu, Seoul for a trial in a separate accounting fraud case involving the merger of Samsung affiliates on Thursday. (Yonhap)

According to local reports quoting a source at the presidential office, Lee and Chey will be named presidential envoys for Korea’s World Expo bid and that they are set to visit the UK and Japan, respectively, in their new roles.

Lee is reportedly considering to visit the UK this month to ask for support after the appointment of the country’s new prime minister slated for Sep. 5. Liz Truss, Secretary of State for Foreign, Commonwealth and Development Affairs, is considered the strongest candidate, according to sources.

Samsung is the anchor company handling Britain, one of the members of Bureau International des Expositions that has a voting right in selecting the host of World Expo.

Aside for the UK, Lee is also planning to fly to Latin America, with stops in Mexico and Panama, to promote the expo bid.

Chey, who is serving as a chairman of Busan Expo Bidding Committee, is expected to visit Osaka, Japan, the host city of 2025 World Expo, this month. The SK chief is looking to meet with Japanese Prime Minister Kishida Fumio as well.

Next month, he will also participate in the “SK’s Night” event in Washington to meet with US business partners and politicians to ask for support of Busan’s expo bid.

Hyundai Motor Group Chairman Chung Euisun, LG Group Chairman Koo Kwang-mo, Lotte Group Chairman Shin Dong-bin and other top executives are also expected to be sent overseas as presidential envoys to promote the expo bid. Chung is reportedly planning to visit the US and Europe, and Koo will go to Poland. Shin flew to Vietnam and met with President Nguyen Xuan Phuc on Wednesday.

Prime Minister Han Duk-soo said at a press conference last month, “I am expecting Lee to go on a business trip to several countries in Europe just before the Chuseok holiday to support (South Korea’s expo bid).”

President Yoon Suk-yeol said in May at the Busan Expo Bidding Strategy Meeting, “We need to join forces (to host the expo). I will consider sending presidential envoys, if necessary.” In July, Yoon granted special pardons to Lee and Shin, which cleared them from limited overseas business activities.

The three lead competitors to host 2030 World Expo are Busan, Riyahd in Saudi Arabia and Rome, Italy. Previously, Moscow was the strongest candidate but it has withdrawn its bid due to the ongoing Russia-Ukraine war.

In November, Chey will step up as a South Korean representative to give the third and final competition presentation. Following on-site inspections of each of the candidates, the host city will be elected by the 170 BIE members in November 2023.

If Busan holds the World Expo, South Korea will become the world’s 12th country to host a World Expo and the seventh to hold three international events — Olympics, World Cup and a World Expo.