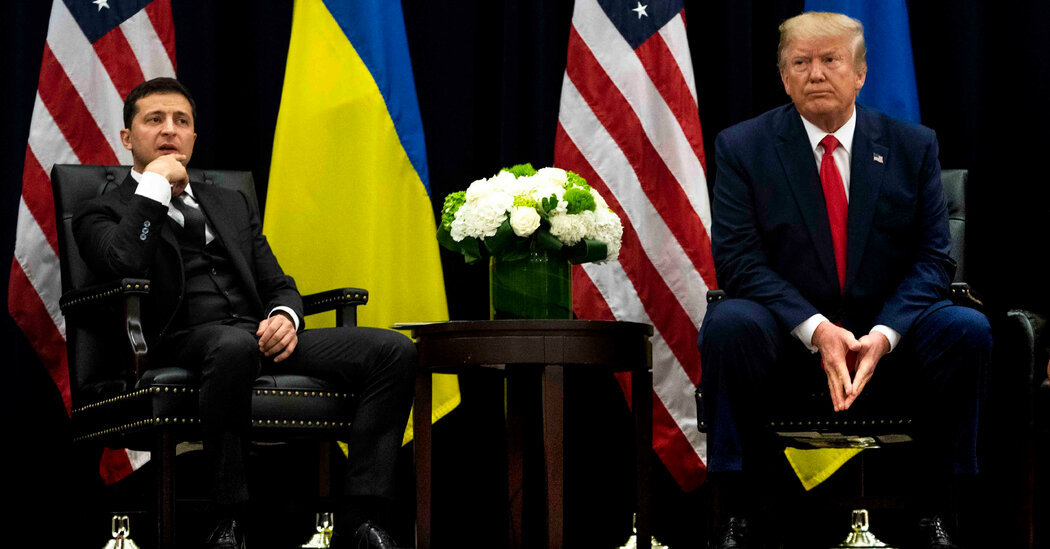 “We were not clear what direction to take this. Do you have any insight here?” Mr. Duffey wrote.

The files do not include any response from Mr. Blair. In addition, the federal judge who ordered the release of most of the emails sought by The Times, Amy Berman Jackson of Federal District Court in Washington, ruled that some were exempt from disclosure because they contained privileged communications involving Mr. Trump himself.

But by July 17, Mr. Duffey wrote again to Mr. Blair, saying that officials at the Pentagon, the State Department and the National Security Council wanted to know whether the freeze was limited to lethal support or applied to all security assistance — and questioning its rationale.

The officials were asking, he wrote, “whether there is insight on motive or duration, such as an intent to gain leverage for an upcoming engagement with Ukrainian leadership. I understand there may be sensitivity behind much of this, but committed to see if I could get some insight beyond just the directive for a freeze.”

Mr. Blair replied curtly: “On Ukraine assistance, the president wants all security assistance frozen. We need to let that take hold and understand the implications of the freeze, and then see if he wants to revisit that decision.”

It was a week later, on July 25, 2019, that Mr. Trump had a phone call with Mr. Zelensky that became central to the impeachment. According to a White House summary, after discussing military aid, Mr. Trump pivoted to pushing for the investigations he wanted, saying “I would like you to do us a favor, though.”

Mr. Blair and Mr. Duffey continued to correspond about the freeze, according to the documents. One anticipated topic for a July 26 meeting was the “potential legal issue” of whether Mr. Trump’s withholding of funds would violate the Impoundment Control Act given that the money had been appropriated by Congress.

Facing growing scrutiny, Mr. Trump eventually lifted the hold in September 2019, but events were already barreling toward impeachment. Amid the growing furor, The Times requested disclosure of emails between Mr. Blair and Mr. Duffey; while the White House is generally exempt from requests under the open records law, the Office of Management and Budget is covered by it.

Apple Inc. has scaled back ambitious self-driving plans for its future electric vehicle and postponed the car’s target launch date by about a year to … END_OF_DOCUMENT_TOKEN_TO_BE_REPLACED