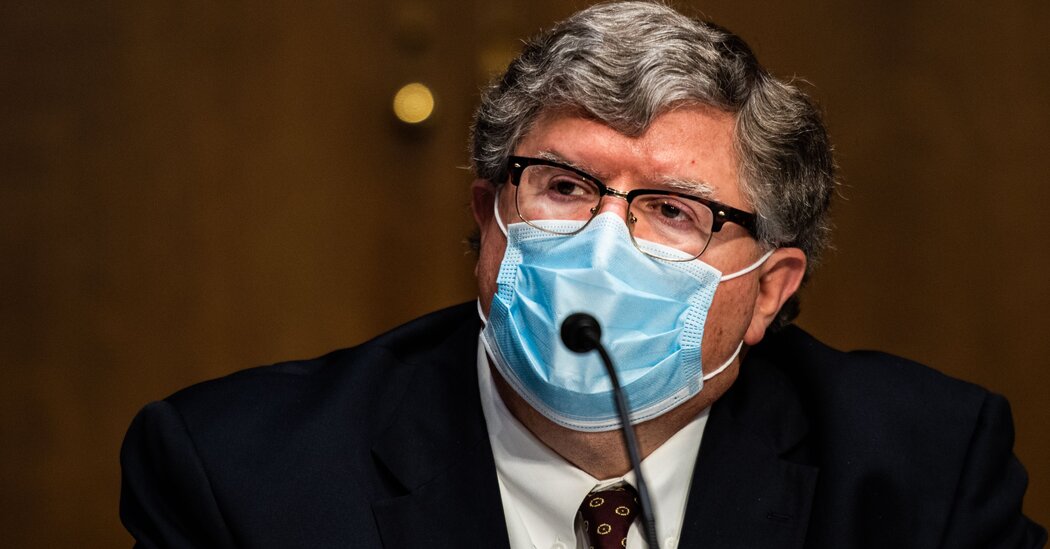 WASHINGTON — A breakdown in the oversight of trillions of dollars of economic relief money spilled into public view on Friday night when the Treasury Department’s special inspector general for pandemic recovery said in a report that his powers to scrutinize funds had been curtailed this week after a decision by the Justice Department’s Office of Legal Counsel.

The inspector general, Brian D. Miller, said in his quarterly report to Congress that he had been engaged in a monthslong dispute with another inspector general in the Treasury Department over who had access to information about and oversight of the Payroll Support Program and the Coronavirus Relief Fund. The programs were created in the $2.2 trillion stimulus legislation that passed in 2020 and provided money to airline employees and states and cities.

The clash comes as the Biden administration is overseeing another $1.9 trillion in relief money and calling for $4 trillion in new spending on jobs and infrastructure programs. The vast array of government outlays is currently being tracked by a patchwork of oversight bodies and committees.

Mr. Miller’s office has been tracking fraud and “double dipping” in the relief programs, but his access to certain databases started to be curtailed last year in the final months of the Trump administration as the turf war between the inspectors general ensued. Mr. Miller, who was appointed by President Donald J. Trump, referred the matter to the Justice Department in early January, before President-elect Joseph R. Biden Jr. took office, to get a final ruling on the scope of his powers.

In the report, Mr. Miller suggested that the “temperature has cooled on oversight” and said flatly that “things are not working well.” He warned that there would be negative consequences as a result.

“Unfortunately, many of these promising developments, including criminal investigations and leads, will now need to be closed or transferred,” Mr. Miller wrote.

Spokesmen for the White House and the Treasury Department had no immediate comment.

“Treasury is dedicated to the prevention of waste, fraud and abuse, and we are committed to being responsive and helpful to S.I.G.P.R.,” Ms. Schaffer wrote in the letter, dated April 27, using an abbreviation for the special inspector general.

Mr. Miller served as an inspector general for the General Services Administration from 2005 to 2014. He had been working as a White House lawyer when Mr. Trump tapped him for his current job, and Democrats, who were worried about the Trump administration’s management of relief money, were fearful at the time that Mr. Miller would be a toothless inspector general.

In the report released on Friday, Mr. Miller lamented that oversight of major relief programs had been diminished and called on Congress to give his office greater authority.

“Congress can pass legislation to clarify S.I.G.P.R.’s mandate to provide oversight of the Coronavirus Relief Fund, Payroll Support Program and other pandemic-related programs managed by the secretary of the Treasury,” Mr. Miller wrote. “We ask Congress to do so.”

Tech Tracker rounds up what’s happening in the technology sector of the restaurant industry, including news from restaurants, vendors, digital … END_OF_DOCUMENT_TOKEN_TO_BE_REPLACED