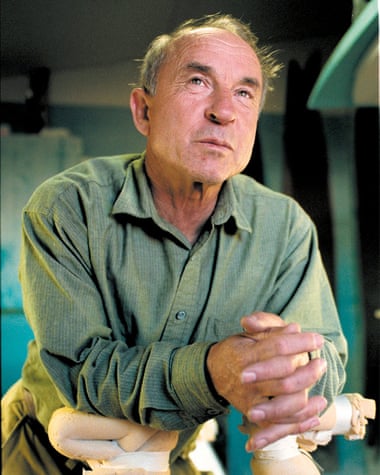 Setting a new example in environmental corporate leadership, the billionaire owner of Patagonia is giving the entire company away to fight the earth’s climate devastation, he announced on Wednesday.

Patagonia founder Yvon Chouinard, who turned his passion for rock climbing into one of the world’s most successful sportswear brands, is giving the entire company to a uniquely structured trust and nonprofit, designed to pump all of the company’s profits into saving the planet.

“As of now, Earth is our only shareholder,” the company announced. “ALL profits, in perpetuity, will go to our mission to ‘save our home planet’.”

Chouinard, 83, worked with his wife and two children as well as teams of company lawyers to create a structure that will allow Patagonia to continue to operate as a for-profit company whose proceeds will go to benefit environmental efforts.

“If we have any hope of a thriving planet – much less a thriving business – 50 years from now, it is going to take all of us doing what we can with the resources we have,” said Chouinard in a statement. “This is another way we’ve found to do our part.”

‘I was in Forbes magazine listed as a billionaire, which really, really pissed me off’, said Chouinard. Photograph: Victoria Sayer Pearson/AP

Chouinard’s family donated 2% of all stock and all decision-making authority to a trust, which will oversee the company’s mission and values. The other 98% of the company’s stock will go to a non-profit called the Holdfast Collective, which “will use every dollar received to fight the environmental crisis, protect nature and biodiversity, and support thriving communities, as quickly as possible,” according to the statement.

Each year, the money Patagonia makes after reinvesting in the business will be distributed to the nonprofit to help fight the environmental crisis.

The structure, the statement said, was designed to avoid selling the company or taking it public, which could have meant a change in its values.

“Instead of ‘going public’, you could say we’re ‘going purpose’,” said Chouinard. “Instead of extracting value from nature and transforming it into wealth for investors, we’ll use the wealth Patagonia creates to protect the source of all wealth.”

Patagonia’s new direction is designed to set an example that disproves the old shareholder capitalism axiom that corporate goals other than profit will just confuse investors, wrote Patagonia board chair Charles Conn in an opinion piece in Fortune magazine on Wednesday.

“Instead of exploiting natural resources to make shareholder returns, we are turning shareholder capitalism on its head by making the Earth our only shareholder,” he wrote.

Chouinard and Patagonia have long been groundbreakers in environmental activism and employee benefits. In its nearly 50 years in operation, the Ventura, California-based company has been known for extensive benefits for employees, including on-site nurseries and afternoons off on good surf days.

In the 80s, the company began donating 1% of its sales to environmental groups, a program formalized in 2001 as the “1% for the Planet Scheme”. The program has resulted in $140m in donations for preservation and restoration of the natural environment, according to the company.

Patagonia was one of the earliest companies to become a b-Corp, submitting to certification as meeting certain environmental and social standards, and recently it changed its mission to state: “We’re in business to save our home planet.”

Chouinard, the famously eccentric entrepreneur who started his business fashioning metal climbing pitons (or spikes to wedge into cracks while rock climbing) and lived out of his van at climbing destinations for many years, was horrified to be seen as a billionaire, he told the New York Times.

“I was in Forbes magazine listed as a billionaire, which really, really pissed me off,” he said. “I don’t have $1bn in the bank. I don’t drive Lexuses.”

The Chouinard family are at the forefront of charitable giving, philanthropy and trust experts told the New York Times.

“This family is a way outlier when you consider that most billionaires give only a tiny fraction of their net worth away every year,” David Callahan, founder of the website Inside Philanthropy, told the newspaper.

Editor’s note: One in a series. Leading up to the Nov. 8 general election, the Appeal-Democrat will be running a series of candidate profiles that … END_OF_DOCUMENT_TOKEN_TO_BE_REPLACED

CNN  —  The lesson of January 6, 2021, is that when extremism, conspiracies and incitement reach a boiling point, they seek an … END_OF_DOCUMENT_TOKEN_TO_BE_REPLACED