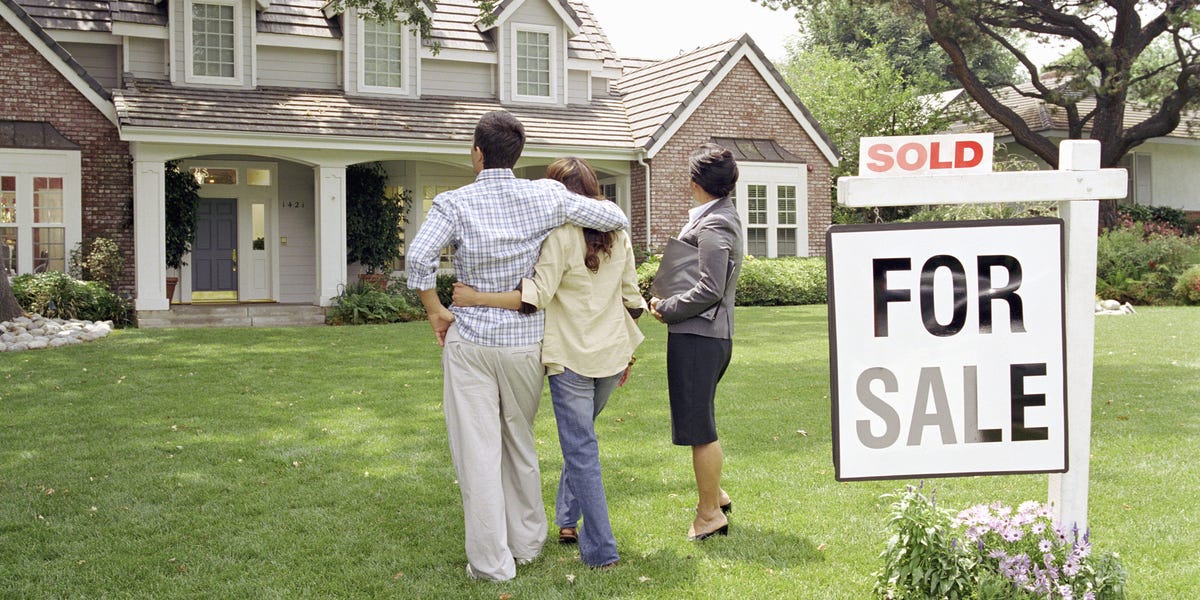 The sky might not be falling yet in the US real estate market, but home values will soon start to, warns a new report from UBS.

“Prices look overvalued,” said Matthias Holzhey, the head of Swiss real estate at UBS Global Wealth Management, in a recent interview with Insider. “They look too high — even compared to prepandemic levels.”

Holzhey is no stranger to spotting bubbly housing markets. Since 2015, he’s authored UBS’s annual global real estate bubble index. In this year’s report, which came out in October, four of the largest US cities — New York City, Los Angeles, San Francisco, and Boston — were firmly entrenched in “overvalued territory” but weren’t considered at risk of being bubbles.

But that’s not to say that US homeowners have nothing to worry about. The report didn’t look at every market, so other cities may still see rapid price declines, as Canada is experiencing now.

A repeat of the 2008 housing market crash isn’t on the table, in Holzhey’s view, though he thinks that US home prices are set to slide for four straight quarters. The only question is: How much?

“If income levels are sustainable and then continue to grow, then I think it’s still reached the top point, but home prices won’t have to revert back to prepandemic levels,” Holzhey said. “But in the case of a recession, then it can take it to the downside — easily have 20% downside — but that’s not the base case.”

Home prices are much more likely to fall 10-15%, Holzhey said, but he added that even a more modest decline isn’t a guarantee. He noted that this is his view and not his firm’s official call.

How to navigate the housing market in 2023

The first two points are attributable to the wealth effect, given that the more money people make at work or in the stock market, the more willing and able they are to spend on a house. Another determinant of what homebuyers can afford is interest rates, which have risen this year and thus made it harder to buy a place. Psychology in this context means people’s propensity (since the start of the pandemic) to spend more time at home, which has changed where some people want to live.

Three of those four demand drivers appear to be negative heading into 2023, Holzhey said. Income growth has been above-average but hasn’t kept pace with inflation and is set to fall, a historically bad year for the stock market has wiped out trillions in savings, and mortgage rates have skyrocketed. Meanwhile, homebuyer psychology is too tough to predict, Holzhey said.

Factor in supply that’s quickly coming online, and “it’s difficult to be optimistic” about where home prices are headed, Holzhey said — at least from a homeowner’s perspective.

For hopeful homebuyers, however, a decline in sky-high home prices is long overdue. But they, too, must be careful what they wish for. Homebuyers dream of closing on a property after prices come down and right before they rebound, but buying early in a market crash would be a nightmare scenario for those who have waited patiently to close on a house.

Historically, nailing the timing of a purchase in any market — especially real estate — is virtually impossible, Holzhey said. House flippers can gamble with strategic buying and selling, but it’s risky for those who live in the home they’re buying to play the waiting game, in Holzhey’s view.

However, today’s real estate market bears little resemblance to past markets. That’s why, given the abnormally high uncertainty in the market as supply builds and demand drivers fade, Holzhey said that homebuyers who wait for prices to fall actually may see their patience pay off.

“I think that prices will go down in the next four quarters,” Holzhey said. “So it may make sense — an exception — to wait.”

The Wood River Valley real estate market continues to show signs of strength, despite rising interest rates and efforts by the Federal Reserve to slow … END_OF_DOCUMENT_TOKEN_TO_BE_REPLACED