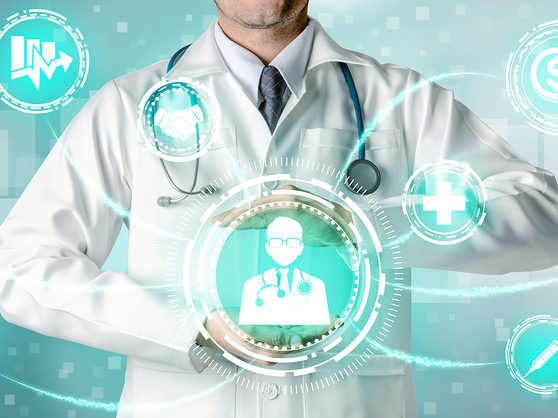 Thousands of families suffered when Bhutan launched a campaign against its ethnic Nepali population in the 1980s. Kentucky entrepreneur Dipendra Tiwari knows the stories well. Many of his Louisville neighbors are exiles from the Himalayan nation.

Finding Nepali speakers in the city is easy, but big hospital companies do not always understand the language or culture.

When one of Tiwari’s neighbors became bedridden, he found himself stuck with home-based healthcare providers who could not speak Nepali. One of the man’s two adult sons had to stay home to interpret whenever he received care. Neither son had paid sick leave, so helping their dad meant forgoing much-needed income.

Tiwari, a Nepali immigrant with a U.S. business degree, watched them struggle and saw an opportunity. Working with a friend, he put together a plan for a home healthcare agency that could cater to Nepali speakers.

Nobody in Louisville offered anything like it. Not even Baptist Health, a $2 billion conglomerate with a 100-year history in Kentucky, could compete. Unfortunately, Tiwari and his partner hit a roadblock when they applied for government permits.

Kentucky requires healthcare providers to obtain a certificate of need (CON) like many other states before launching or expanding an enterprise. A CON functions like a governmental permission slip for market entry, protecting established providers from competition.

Kentucky tilts the playing field even further toward incumbents by allowing them to participate in the CON screening process. Using its privilege, Baptist Health ensured Tiwari and his partner never opened their doors. Rather than accept the rejection, they filed a lawsuit against the state. Our public interest law firm, the Institute for Justice, represents them.

After suffering a setback at the trial court level, the partners took their case to the U.S. Court of Appeals for the 6th Circuit. A three-judge panel considered the facts and acknowledged decades of evidence showing the harms of CON laws. Among other problems, they increase healthcare costs while lowering quality.

“The judgment that this was a failed experiment has the ring of truth to it,” the judges wrote. “Were we Kentucky legislators ourselves, we would be inclined to think that certificate-of-need laws should be the exception, not the rule, and perhaps have outlived their own needs.”

Despite the harsh assessment, the judges sided with Kentucky anyway. In a 20-page ruling issued on Feb. 14, the panel affirmed the government’s right to pass “unjust,” “unfair,” “unwise,” “foolish” and “stupid” laws. To survive a constitutional challenge, states must articulate a plausible rational basis for their actions.

They don’t have to show that their laws actually work as advertised. Flawed logic detached from reality is good enough. Courts allow “speculation unsupported by evidence or empirical data.” Using a “rational basis review,” judges accept almost any government claim of good intentions.

Like children in a T-ball league, lawmakers get a participation trophy just for trying. The pain inflicted on bedridden refugees is irrelevant.

The idea is to show judicial deference to the legislative branch so courts don’t overstep their bounds and stifle the democratic process. Separation of powers is important, but rational basis reviews often leave people like Tiwari without options when their rights are violated.

Making up plausible excuses for bad legislation is easy when the government does not have to back up its claims with facts. Even with such a low bar, Kentucky’s CON law barely clears the hurdle.

“Kentucky’s certificate-of-need law passes, perhaps with a low grade but with a pass all the same,” the 6th Circuit wrote. Essentially, a D-minus is good enough for government work.

Undeterred, Tiwari and his partner have appealed one final time for justice. On July 13, they petitioned the Supreme Court to consider their case. Besides sending a message to the 38 states that continue to enforce CON laws, a victory would help rebalance rational basis reviews.

The reforms are needed. Nepali-speaking refugees already suffered abuse in Bhutan. They deserve something better in Kentucky.

As demand fades in the housing market, price cuts have become widespread.  Insider asked several experts about how far they … END_OF_DOCUMENT_TOKEN_TO_BE_REPLACED